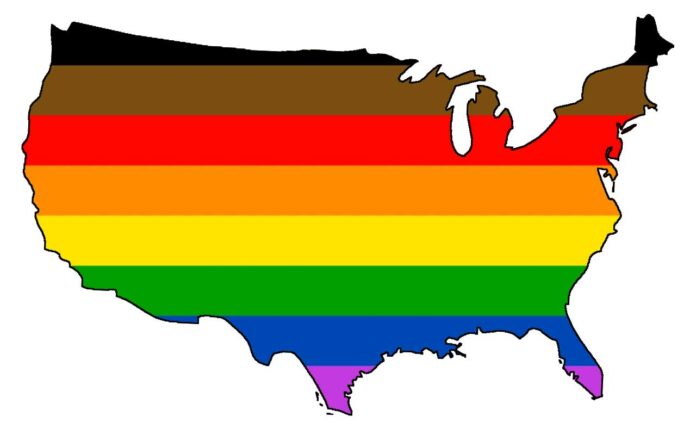 It’s Tuesday afternoon as I write this, and we don’t yet know who was elected president or senator or state legislator. This election has been unpredictable, and making assumptions has, for the most part, never worked out well for anyone. But there is one thing that is absolutely certain, and it has a little bit to do with the election but mostly stems from the way we live as Americans: we are in a culture war, and it’s not going to end anytime soon.

As the saying goes, politics is a pendulum. Right now, the pendulum is far, far to the right. Not only is it far to the right, but Republican legislators have placed a block on the mechanism that allows it to move freely: people’s right to vote. So the pendulum is currently stuck, despite many efforts to get it to move back to the center. If we’re lucky, enough people will push back (i.e. wait in ten-hour long lines to vote, etc) that the pendulum will finally be allowed to swing freely.

A majority of Americans support same-sex marriage, yet the Supreme Court just welcomed its most anti-LGBTQ judge to date. A majority of Americans trust scientists and doctors for information on COVID-19, yet the President has frequently denigrated Dr. Fauci, Dr. Birx, and most medical science. A majority of Americans want to be able to exercise their right to vote, the most basic of all rights we have to determine our life, and yet Republican legislatures across the country have acted to restrict those rights for no good reason other than partisanship.

Why the continual contradictions? It’s pretty simple: the Republican party, at least the Republican party under Donald Trump, believe that their views on life are the only valid views and thus should be forced upon everybody. A lot of it has to do with religion, but mostly it’s just a last-ditch clinging to a status quo that has long since departed, a status quo that saw most white Christian Americans thrive and most everybody else struggle. They believe this status quo, once it’s gone, will never return.

Supreme Court Justice Antonin Scalia believed that if the sodomy laws at issue in Lawrence v. Texas were struck down, that would open the door to same-sex marriage. And he was, sort of, correct.

But what exactly is wrong with same-sex marriage? Homophobes have never been able to answer this question without contradicting themselves.

Moreover, what exactly is wrong with choosing the gender ‘X’ on your driver’s license? What exactly is wrong with wanting to serve in the military as a transgender American? Most often, the answer conservative people give is something along the lines of: “It’s morally wrong.” They can’t say much more than that, because they’ve never tried to learn about nonbinary or transgender people. They can’t accept anything new (despite the fact that trans and nonbinary people have existed since humans have). They want their world to remain small and contained because they think it’s safer to remain ignorant of people different from them.

That’s what we’ve been dealing with the last four years, and it’s what we’ll deal with for years to come.

There’s no easy solution to this problem our country faces. All we can do as a community is keep educating ourselves, keep speaking out, and keep fighting for our rights. It’s what we’ve done for decades. It’s what we’ll continue to do. 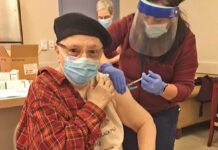 Getting vaccinated is an act of LGBTQ equality