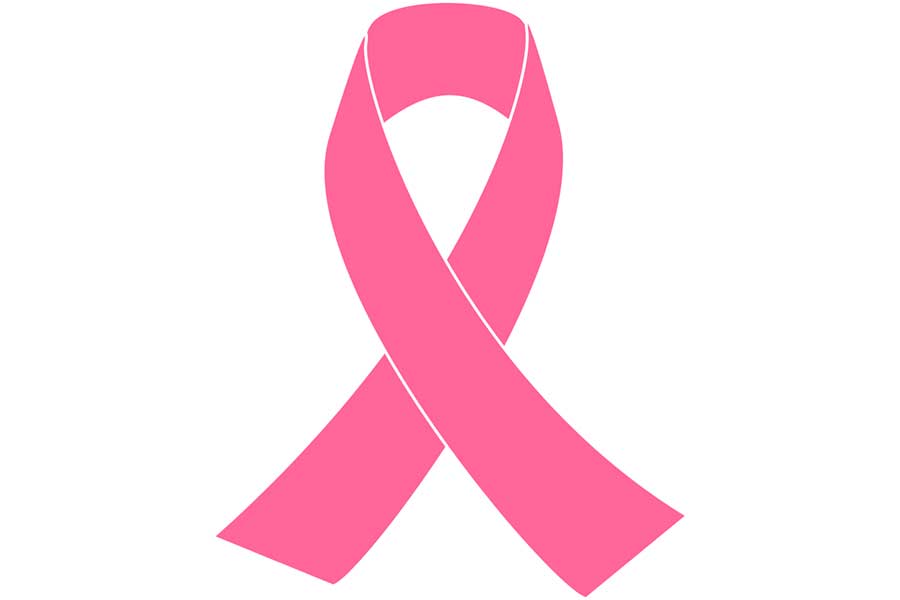 October is Breast Cancer Awareness Month and Philadelphia is pretty in pink. Liberty Place, 8th and Market, the fountains at Logan Circle, and the Avenue of the Arts are all lit a vibrant, pulsating pink to remind Philly’s women to get a mammogram and save their own lives.

But that message is more complicated for women who identify as lesbian and bisexual. As the American Cancer Society states on their website, “lesbian and bisexual women are at greater risk for cancer.” These women are both at higher risk for breast cancer and have a lower likelihood of getting the same standard of care as their heterosexual peers.

Dr. Penelope Damaskos, director of social work at Memorial Sloan Kettering Cancer Center, said breast cancer awareness “is a very heteronormative type of imagery. Many lesbians don’t see themselves reflected in those images and, in turn, might not see themselves at risk.”

The LGBT Cancer Network acknowledges that lesbians especially are “invisible” because the large national cancer registries and surveys do not collect data about sexual orientation. So while racial, ethnic and other groups of women can discern their risk and how to address it from specific data, lesbians cannot. The prevalence of breast cancer makes this lack of data especially problematic for lesbians.

As of January 2020, there are more than 3.5 million women in the U.S. who are currently being treated or have finished treatment. In 2020, it’s estimated that about 30% of newly diagnosed cancers in women will be breast cancers.

The standard of care for lesbians and bisexual women is also problematic. A 2019 study published in the Journal of Clinical Oncology detailed results of a survey of oncologists at the National Cancer Institute regarding their knowledge about LGBTQ patients with cancer. The results were alarming.

Fewer than 40 percent of the 450 oncologists surveyed said they were adequately equipped or informed to treat a cancer patient who identifies as LGBTQ. While two-thirds thought knowing a patient’s gender identity was important, fewer than a third thought knowing their sexual orientation was.

Women like Sam Miller know this all too well. Miller identifies as “a gender non conforming, old-school butch dyke who never gets sick.” A graphic designer who is athletic, rides a bike everywhere and has never smoked, Miller thought she was at very low risk for breast cancer — until she was diagnosed right before the pandemic hit.

Miller’s partner, Emma, had felt something in one of Miller’s breasts and demanded she be checked out by a doctor. After a mammogram, ultrasound and biopsy, Miller got a diagnosis of stage 2 breast cancer, requiring surgery, chemotherapy and radiation.

“This is not a great time to be sick with something other than COVID,” Miller said. She said the pandemic complicated everything about her care and added to her fears. “I couldn’t have Emma with me for any of what I was going through because of restrictions due to the virus,” she said. “It has made it so much harder to cope. And to be honest, I am very aware of being the only gay person there [at the hospital]. It’s been very rough.”

Miller “fired [her] first doctor,” saying that a bad experience with her first oncologist made her switch “for my own sanity. This guy was pretty blatantly homophobic. I just didn’t need that complicating my care. I already avoided doctors because I hated having to come out and explain my sexual orientation and sexual life to someone who just didn’t get it.”

For lesbians and bisexual women, post-treatment care is no better.

Ulrike Boehmer is a Boston University School of Public Health researcher who studies health disparities in LGBT people. Boehmer published her data in the medical journal Cancer. Her study reveals that women who identify as lesbian, gay, or bisexual have less access to care after cancer treatment compared to heterosexual women.

Boehmer’s study explains that this disparity is dangerous. The care patients receive post-cancer is critical to prevent recurrences, detect early warning signs, and screen for long-term effects of cancer treatments. As a consequence, the study found LGB women have poorer physical and mental quality of life after cancer.

“LGB women were the most disadvantaged,” Boehmer said. She also said the lack of enough data on LGBTQ people with cancer means “There might be an epidemic going on that we’re not aware of.”

Complicating all of this is that lesbians and bisexual women often have lower incomes, as Human Rights Campaign has reported, and may also have less access to medical treatment and health insurance coverage.

Miller has nearly completed her cancer treatment. She said her only advice is “be proactive about your health — don’t let fear of homophobia keep you from getting care.” She said firing her first oncologist and finding “a woman who I could talk to” was essential to her treatment.

“I learned a lot about being queer in a straight medical system,” Miller said. “This is an area where we really need action. No one should have to face discrimination or feel ostracized from their own care when they are dealing with something like cancer.”