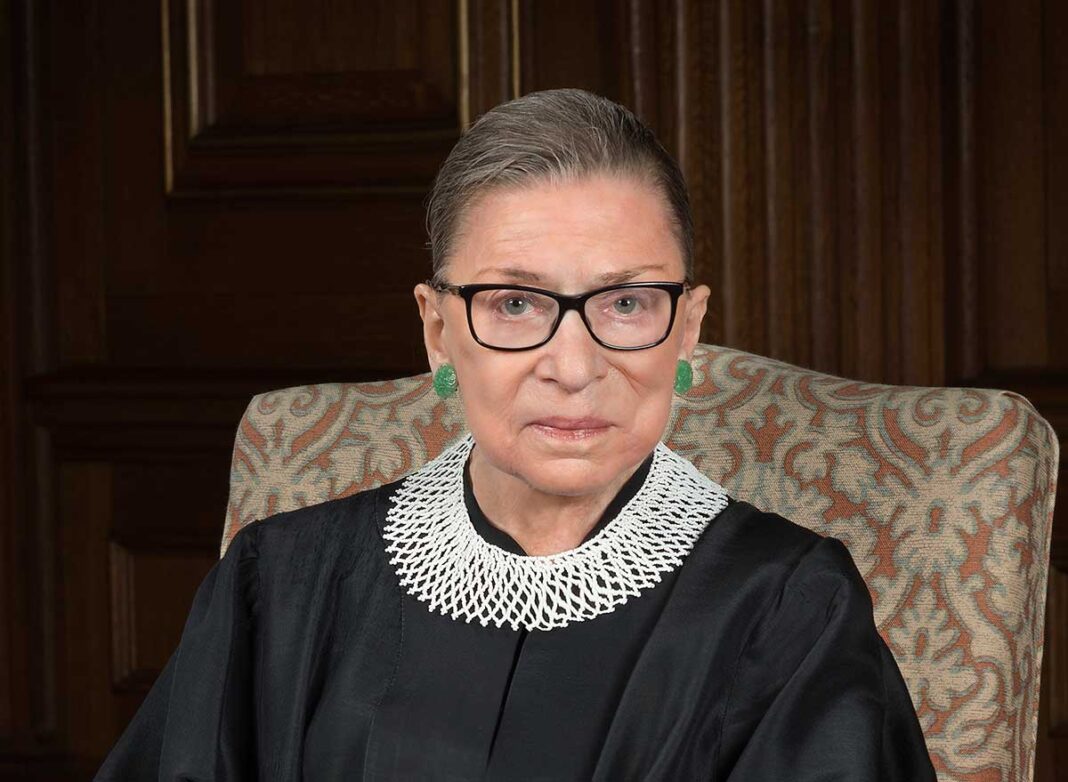 Ruth Bader Ginsburg, the second woman to sit on the U.S. Supreme Court, died September 18 after a long bout with pancreatic cancer. She was 87. Ginsburg was a champion of women’s equality under the law, gender equity and a staunch supporter of LGBTQ civil rights. Ginsburg was the most important female jurist in U.S. history. The foundational arguments of Ginsburg’s cases on gender equality formed the basis for much of the law that was later used to propel LGBTQ civil rights cases forward, including in marriage and employment discrimination.

Ginsburg voted for LGBTQ rights in every case that came before the court, and she was consistently the fifth vote in 5-4 decisions. She famously stated during oral arguments in Obergefell v. Hodges, “Marriage today is not what it was under the common law tradition, under the civil law tradition.”

Chief Justice John Roberts and Justice Anthony Kennedy were unsure if heterosexual marriage would be threatened. In a fierce series of comments from the bench, Ginsburg said repeatedly that they would not and when one of the justices argued that domestic partnership was an alternative, she said that was like a skim milk version of marriage.

Ginsburg argued that heterosexual marriage would suffer no threat whatsoever if lesbians and gay men could also marry. She said, “Marriage was a relationship of a dominant male to a subordinate female. That ended as a result of this court’s decision in 1982 when Louisiana’s Head and Master Rule was struck down … Would that be a choice that state should [still] be allowed to have? To cling to marriage the way it once was?”

The court said no, it would not, and marriage equality became law.

In a press release, Rea Carey, executive director of the National LGBTQ Task Force, said Ginsburg was “a giant of justice, a champion for equality and progress. Justice Ginsburg was an American hero and pioneer, a voice for so many marginalized people, leaving behind a legacy of courage, tenacity and historic impact in creating a better country and a better world for all of us.” Carey continued, saying “We are all so grateful for all Justice Ginsburg has done for LGBTQ people, for women, for our ability to control our own bodies, for all that seek to move freedom forward in this country.”

Called “The Notorious RBG” by feminists, Ginsburg rose to a new status in recent years: social media icon. Memes of her working out in the gym, GIFs of her speeches, and outtakes of lesbian comedian Kate McKinnon’s impressions of her on “Saturday Night Live,” were everywhere.

Whenever news of an illness broke, thousands of her fans flooded Facebook and Twitter with offers to give her an organ, while others insisted she be kept in bubble wrap until the next election. If love — or her own dedication to duty — had been enough to keep her alive, Ginsburg would still be with us. The night before her death, she was receiving an award at the Constitution Center, albeit virtually. Yet mere hours later, just before sundown on Rosh Hashanah, she passed.

The list of Ginsburg’s accomplishments is long, varied, and relentlessly impressive. Well before President Bill Clinton nominated her to the High Court at the behest of Hillary Clinton in 1993, she had made history. Her work for the ACLU in the 1970s brought women’s law into the legal foreground for the first time.

In 1980, President Jimmy Carter appointed Ginsburg to the U.S. Court of Appeals for the District of Columbia Circuit where she served until her appointment to the Supreme Court in 1993. Between Sandra Day O’Connor’s retirement in 2006 and the appointment of Sonia Sotomayor in 2009, Ginsburg was the only female justice on the Supreme Court, and it was then that her reputation for dissent blossomed.

Ginsburg also authored critical dissents in abortion cases and said “The basic thing is that the government has no business making that choice for a woman.” She was deeply critical of cases that sought to limit access to abortion, which penalized poor women and young women most.

For LGBTQ Americans, one pivotal case involving this very paper, as the New York Times reported, was when the court overturned the Child Online Protection Act, which sought to blur the lines between actual child pornography and content that is ”harmful to minors.” The ACLU, which challenged the law, pointed out that in the name of protecting children, the act criminalized discussion boards on gynecology, sexual advice columns, the Philadelphia Gay News and its HIV/AIDS reporting, and other communication fully deserving of protection.

“PGN represented LGBT media in the case,” publisher Mark Segal explained. “Were it not for RBG’s questions in the case, PGN could have been fined $50,000 per incident and as well as up to six months in jail.”

Other rulings where Ginsburg’s impact was felt included the 1996 law invalidating Colorado’s Amendment 2, Romer v. Evans. Ginsburg also voted in 2003 in Lawrence v. Texas in 2003, to end sodomy laws which had been disproportionately used against gay men and lesbians, especially in child custody cases for the latter.

Ginsburg also voted for LGBTQ rights in Windsor v. United States and Hollingsworth v. Perry, both in 2013 and Obergefell v. Hodges in 2015, which legalized same-sex marriage. In June, Ginsburg joined the decision in Bostock v. Clayton County, which made employment discrimination against LGBTQ people illegal under Title VII of the 1964 Civil Rights Act.

“The worst thing that someone can say is no, and she’s an icon and legend and I figure now’s our shot to see if she would grant us this honor, and we asked,” Jackie Freedman told CBS Philly. “And then a few weeks later we were in the Supreme Court in her chambers and she was officiating our wedding.”

Alphonso David, president of Human Rights Campaign, said in a statement that Ginsburg was “a force for good, a force for bringing this country closer to delivering on its promise of equality for all.”

Ginsburg’s chair in the Supreme Court, appropriately to the left of Chief Justice Roberts, is now draped in a black pall. When someone dies it is Jewish tradition to say, “May her memory be as a blessing.” Ginsburg’s memory is already a blessing. May her memory instead be as a revolution to fight on in her name.