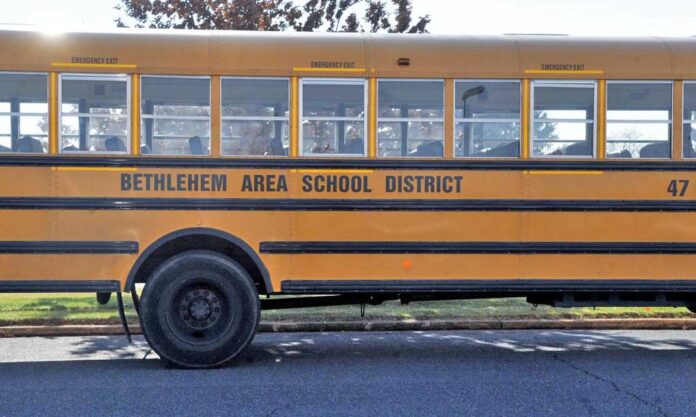 A federal judge this week allowed the mother of a nonbinary trans student who allegedly was subjected to school-based anti-trans bias to proceed anonymously in her lawsuit against the Bethlehem Area School District.

During oral arguments Aug. 25, U.S. District Judge Edward G. Smith said the privacy rights of the mother and her child outweighed the public’s interest in knowing their identities.

John E. Freund III, an attorney for the school district, had urged Smith to allow the mother to be named in court papers, noting that courts typically operate in an “open” manner. Freund also pointed out that the mother isn’t transgender and doesn’t qualify for anonymity.

But Justin F. Robinette, an attorney for the woman and her child, argued that naming the mother would effectively “out” the child, since they share the same surname. Under the defense’s proposal, the child would be identified with initials — meaning the initial of the child’s given name plus their surname would be publicly accessible.

The judge also asserted that the mother and her child could be subjected to “embarrassment” if their identities were publicly accessible.

The student is identified as “Roe” in the lawsuit. It was filed by the student’s mother, identified as “Jane Doe,” in March 2020.  The mistreatment of Roe allegedly took place in 2019 at Freedom High School in Bethlehem, Pa.

Ironically, Roe transferred to Freedom High because it was supposed to have an enhanced ability to provide Roe the type of individual and group counseling they needed, Robinette told the judge.

Roe, 15, identifies with the pronouns “they,” “them,” and “theirs.” But Freedom High officials would continually misgender Roe, deadname Roe, deny Roe access to appropriate restrooms, and urge Roe to conform to societal norms, Robinette told the judge.

In October 2019, Roe transferred to a different school within the Northampton Area School District, but continues to suffer from the effects of the alleged mistreatment at Freedom High, Robinette told the judge. Robinette emphasized that Roe deserves significant compensation from the defendants due to their alleged “abuse and harassment.”

Freund told Smith that Roe doesn’t have a legal right to be referred to by pronouns that are “grammatically incorrect.” Freund also indicated that any “advice” school officials gave to Roe about conforming to societal norms wasn’t harassing in nature. Another defense attorney, Rebecca A. Young, misgendered Roe during the 90-minute, contentious hearing.

Robinette told Smith that defendants offered to pay $15,000 to settle the case, which his clients rejected. Smith said additional settlement talks may be useful. Smith said he’ll contact U.S. Magistrate Judge Marilyn Heffley to preside over settlement talks. “Let’s see if the parties can sit down and resolve this matter,” Smith said.

Freund, however, replied that gender dysphoria isn’t a protected disability under the ADA, due to an exception that was written into the 1990 law. Freund said the exclusion of gender dysphoria from the ADA is a major reason why Doe’s entire lawsuit should be dismissed as meritless.

Smith said he’ll address whether Doe’s lawsuit should be dismissed at a later time. First, Smith said, he wants more information on the issue of whether Doe exhausted her administrative remedies before suing in federal court. Smith gave both sides 45 days to submit information supporting their respective positions on that issue.

Robinette urged Smith to move forward with the litigation in a prompt manner. “Any further delay is not justice,” Robinette stated.

Smith said he needs to know more about the case before issuing additional rulings. He also reiterated that the case may be resolved through settlement talks with Heffley, the magistrate judge. A settlement conference with Heffley was scheduled for 2 p.m. Sept. 24 in Philadelphia. Additional information was unavailable as of presstime.