Last weekend I had just finished Mary Trump’s book “Too Much and Never Enough,” when I decided to turn on TV.  There was Donald Trump, the world’s most dangerous man, as the book says, holding another campaign rally disguised as a press conference.

He was there to explain that he was signing executive orders regarding veterans, then went on to discuss the failure of his administration to come to an agreement with the Democrats on a COVID-19 relief bill. In fact, he has not personally met with any of the House leadership to give relief to those suffering with the virus, those unemployed by the virus, or those in need of food for their families.

As expected from Trump, he spoke lots of untruths and posturing during his press conference, but what got me was his hammering of the completely false point that the democrats were going to steal the election by putting new voter rules into a relief package that would allow the postal system to deliver fraudulent votes

But, as we all know, the President’s base will believe anything he says, including, and especially, the lies.

Then came Trump’s full-fledged assault on the postal system. In order to suppress Democratic votes, his lackey, Postmaster General Louis DeJoy, began to dismantle the postal system by literally taking sorting machines offline, collecting USPS mailboxes and trashing them, and stopping all overtime.

Like the election between George W, Bush and Al Gore in 2000, Trump has set the stage for numerous cases to go to the Supreme Court to settle the election, all in the hope that the republican appointees to the court, who hold the majority, will vote to keep him in office. He understands, too, that as soon as he leaves office, it’s likely that lawsuits and prosecutions will come his way, and staying President will inoculate him from that. He has a lot to lose, so much so that he will do anything, including dismantling our country’s postal system, to stay in office.

While Trump will do whatever it takes to win this election, his main tool to victory, actually, is you.  If you do not register to vote, if you do not vote as soon as you can, then you help Trump steal this election. If you are voting my mail, set that up as early as possible and send in your ballot as early as possible. If you are voting in person, bring a lawn chair, since the lines might be long. Be prepared. Don’t be Trump’s tool. 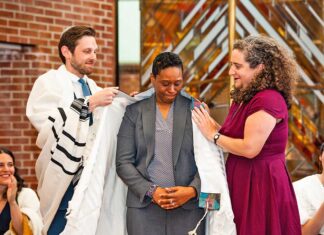