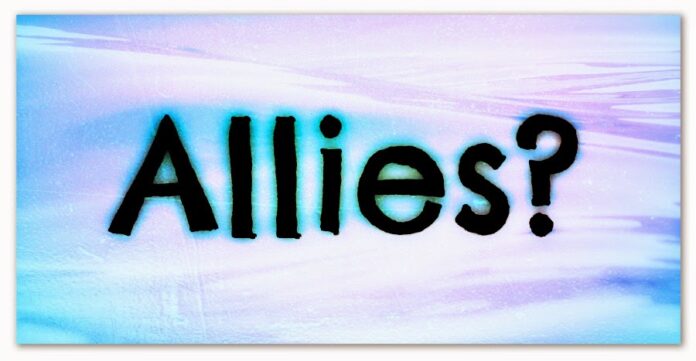 State Rep. Brian Sims, to put it politely, lost his temper with State Rep. Tom Murt this week. This is not the first such outburst from Sims, but while he might claim that other outbursts were directed at those who do not support our rights, this time it was aimed at an ally, someone who has consistently been in our corner.

In a press release, Murt stated that Sims sent him an “angry” text message, which prompted Murt to call Sims. During the phone call, Murt says that Sims “directly launched a verbal, hostile and threatening attack on me personally, using foul language, screaming at me, and stating that (in this order):

Murt stated that he was so frightened by the attacks that he called the police. Murt told the Capital-Star that “the rhetoric was so aggressive and belligerent, it was hostile, and of a threatening nature … in order to protect my family and my staff, I wanted to talk to a police officer.”

Murt said that he wasn’t sure the exact reason for the initial text message, but he suspected that it might have been regarding Murt’s proposal for an LGBTQ Bill of Rights.

Here’s one of the reasons that people are giving for the outburst against one of the few Republican allies the LGBTQ community has in Pennsylvania’s Republican-controlled legislature: Murt’s legislation was purely political. Because Murt is not running for re-election, people might think it was introduced at the end of the term to get some form of credit. But Murt has a track record of introducing and voting for LGBTQ legislation. It’s not as if this was a last-gasp effort for him to get on the right side of an issue.

The only response we got from Sims is from a now-deleted tweet, which read:

“LOL in my entire life I’ve never said these things to Tom or anyone else. I did make it abundantly clear to him that killing the effort to advance LGBTQ legislation in Pennsylvania with his weird campaign effort is something that I’d make sure advocates knew about. And they do.”

The real reason might be a lot simpler. In the upcoming election, Sims is supporting the Democratic candidate running against one of the Republican co-sponsors of the legislation. That would indeed be playing political football with our rights. And the one doing it is Sims. He is putting politics before LGBTQ legislation.

But it does not stop there. Sims also sent a memo to members of the LGBTQ Equality Caucus asking them not to sign on to the legislation. Does he not understand the expression “building bridges?” This legislation very well might not have passed or received public attention, but what it has become is a Sims-created mess.

Each time we introduce pro-LGBTQ legislation, we need to gain support and allies from both sides of the aisle. We shouldn’t attack those allies.

Sims’ memo asking Equality Caucus members to not sponsor the legislation also puts them in the middle of something they did not want to be a part of, and it is simply unfair to put them in that position.

Simple fact here, Sims attacked an ally who has introduced and voted for LGBTQ rights in the past.

With Sims’ failure to deliver LGBTQ non-discrimation legislation in his eight years in office, you’d think he’d support any positive LGBTQ movement in Harrisburg. Or is it because his name was not front and center this time?

Unwillingness to work with allies, no matter what party they happen to be in, might be why we have arrived at this point.

History shows we have to work with allies. There would not have been non-discrimination legislation in Philadelphia without working with people, including Republicans, who became allies. There would have been no domestic partners legislation without allies. And Pennsylvania would not have had marriage equality a full year before the U.S. Supreme Court ruling if it were not for allies in Gov. Tom Corbett’s administration who persuaded him to leave in place a lower court ruling allowing same-sex marriage.

It begs the question: how many Republican state reps will hesitate to support LGBTQ legislation after this?