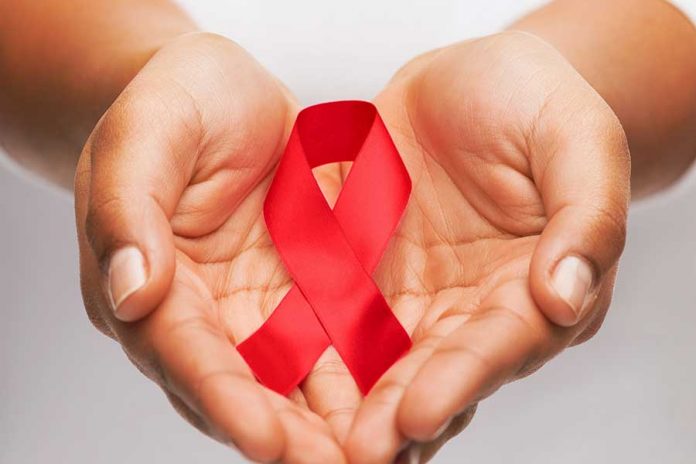 Winnie Byanyima, executive director of UNAIDS, the Joint United Nations Program on HIV/AIDS, has urged an end to inequalities of treatment for at-risk minorities. Human Rights Watch reports that Byanyima, a Ugandan native, quoted the new UNAIDS Global Report, “Seizing the Moment: Tackling Entrenched Inequalities to Tackle Epidemics” in an op-ed she wrote detailing the issues these marginalized groups face.

“As ever, it is the most vulnerable who pay the price,” she wrote. “Every day, marginalized groups such as gay men, sex workers, transgender people, people who use drugs, prisoners and migrants are prevented from receiving proper health care and are criminalised and marginalised.”

She then added, “Denied their right to health, these groups and their sexual partners comprised 62% of all new adult [HIV] infections in 2019.”

In her op-ed, Byanyima stated that the world had 3.5 million more HIV infections and 820,000 more AIDS-related deaths from 2015 to 2020. She expressed that people like herself who work to lessen the expansion of HIV/AIDS globally were frustrated with the inability to lower those numbers.

Byanyima was adamant and succinct: countries with a high prevalence of violence, particularly against marginalized groups, have higher rates of HIV infection. She included her own country, Uganda, which has one of the highest transmission rates in the world.

She also noted that female sex workers have a 30 times greater risk of acquiring HIV than the general population. In the U.S., the Centers for Disease Control and Prevention (CDC) determined in 2019 that trans women have a disproportionate rate of HIV at 14%. Many trans people are forced into sex work to survive due to discrimination in employment and rejection by their families of origin.

Byanyima added that the criminalization of same-sex relationships in Africa and other places added to the stigma and disproportionate lack of services for gay people. LGBT+ people face worse health disparities and outcomes than heterosexuals in every country

Human Rights Watch quoted a Uganda-based gay rights advocatee, who asked that his name be withheld for his safety. He detailed how stigma jeopardizes public health — especially for gay people: “Those who feel that their privacy is not assured have decided not to seek services, or withhold other key information from their provider for fear that the provider will make this information public, thus jeopardizing their own, and potentially others’ health and safety.”

According to Byanyima, the COVID-19 pandemic has only served to exacerbate these existing problems. “Like the HIV epidemic before it, COVID-19 is exploiting the extreme inequalities between countries and within them to take root among disadvantaged and vulnerable communities.”

She said the international community must act on multiple fronts. “A multi-sectoral approach that respects the rights and dignity of women and of all marginalised groups is urgently needed to reduce HIV infections and guarantee their right to health and other essential services.”

On July 28, Mohamad al-Bokari, a Yemini writer and LGBT+ rights advocate living in Riyadh, Saudi Arabia, was sentenced to 10 months in prison and a fine of 10,000 Saudi Riyals ($2,700). Al-Bokari was also threatened with deportation, which Human Rights Watch states would be a likely death sentence.

Al-Bokari endured a trial without counsel which ended July 20. He had been detained since his arrest on April 8. He was held in solitary confinement in the notorious al-Malaz prison in Riyadh in a cell with no windows or air-conditioning. The temperature in Riyadh is currently 113F.

Al-Bokari was arrested for his social media post supporting equal rights for all in Saudi Arabia, including gay people. The Yemeni writer has been living in Saudi Arabia as an undocumented immigrant since June 2019 when he fled Yemen after armed militia threatened his life.

While Saudi Arabia has no written laws concerning sexual orientation or gender identity, Saudi security forces and judges use Sharia law to arrest and charge people suspected of having homosexual sex. Online discussion of gay sex or transgender identity can also be charged under Saudi Arabia’s anti-cyber crime law that criminalizes anything construed as destructive to “public order, religious values, public morals, and privacy.”

LGBT+ and human rights activists are demanding al-Bokari’s release and revocation of the deportation order. Al-Bokari has until August 19 to appeal his sentence.