Noor Sultan — the executive director of Nile-Valley-based LGBTQ-rights group Bedayaa — said in a statement it is “a great step towards reforming the justice system in Sudan” but said activists need to keep fighting for full decriminalization.

“These amendments are still not enough but they’re a great first step for the transitional government that’s trying to implement changes,” Noor Sultan, Bedayaa’s executive director, told Reuters Thursday. “We see this as a positive change on the path to reform.”

Duda, who defeated Warsaw Mayor Rafal Trzaskowski by a 51.2 to 48.8 percent margin, previously received criticism from activists for what they see as anti-LGBTQ rhetoric. Last month, Duda addressed his crowd of supporters in the town of Brzeg and said that “they are trying to persuade us that LGBT is a category of people, but it’s an ideology.” Furthermore, he pledged to ban same-sex marriage, LGBTQ adoption rights and LGBTQ education during his campaign.

Magdalena Świder of Kampania Przeciw Homofobii, a Polish LGBTQ-advocacy group, noted Duda won the election by a small margin, showing the country is “in favor of a democratic, modern and open Poland.”

“We will keep on fighting, as the community needs us,” Świder said during an interview with the Washington Blade. “All the incitement to hate by president Duda resulted in many instances of LGBT people being physically attacked or their homes being marked with homophobic vandalism, so our main goal is to press for protection of sexual orientation and gender identity to be included in the hate-crime and hate-speech legislation.”

Thailand’s government this month approved a bill allowing for the registration of same-sex unions. If passed by parliament, the bill would allow joint-property ownership, adoptions and inheritance rights for same-sex couples. The bill, however, states one person in that partnership must be Thai.

Lawmakers introduced the bill in 2018 but the previous legislature was not able to pass it before last year’s election.

“The Civil Partnership Bill is an important step for Thai society in promoting equal rights and supporting the rights of same-sex couples to build families and live as partners,” Ratchada Thanadirek, a deputy government spokeswoman, wrote on Facebook.

As of presstime, Taiwan is the only Asian country to legalize same-sex marriage. Vietnam previously decriminalized same-sex weddings but does not legally recognize these unions.

A Chinese court this month ruled in favor of a transgender woman who sued her employer for wrongful termination after undergoing gender confirmation surgery. The case marked the first time a Chinese court directly addressed transgender workplace discrimination.

Dangdang, an e-commerce company, received orders to resume its labor contract with Ms. Gao, the company’s product director. These orders include recognizing Gao’s gender identity, allowing her to use the office’s female restrooms, and paying her overdue salary of about 120,000 yuan ($17,206.03 in USD).

The company originally cited “mental health” and “absence from work” as reasons for Gao’s termination and said employees wouldn’t have “peace of mind” since both male and female co-workers refused to share the restroom with her. The court used the official notice as evidence Dangdang fired her on the basis of sex.

“We are used to understanding society based on our knowledge of biological gender, but there are still some people who want to express their gender identities through their own life experiences,” the court wrote in its January decision. “It is necessary for us to gradually change our attitudes.”

China’s transgender population of about four million face continual stigma due to the country’s social norms. The Chinese government continues to classify being transgender as a mental illness, despite the World Health Organization dropping it as such last year.

According to Reuters, 59 members of the Gabonese Senate voted to approve the bill, with 17 voting against the measure and four abstaining.

“Following in the footsteps of the recent decriminalization in Botswana and Angola, Gabon now sets an example for other countries that still have these dehumanizing and antiquated laws on the books,” said Human Rights Campaign President Alphonso David. “This critical win for basic human rights gives us reason to hope for more awareness and more victories across the continent.” 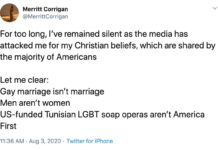 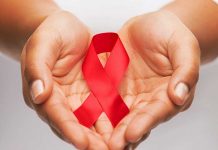 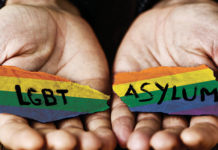