Kenneth J. Houck Jr., an openly-gay inmate, died in May while in federal custody. Houck, 44, was being held at the Metropolitan Detention Center in Brooklyn on a charge of possessing child pornography when he was discovered by center staff in an unresponsive state and died four days later in a nearby hospital.

His attorney, William C. Sullivan, told PGN he was told that Houck committed suicide by hanging himself in a shower. The U.S Bureau of Prisons (BOP) issued this statement: “On Friday, May 15, 2020, at approximately 12:30 p.m., inmate Kenneth Houck was found unresponsive at the Metropolitan Detention Center in Brooklyn, New York. Responding staff immediately initiated lifesaving measures. Staff requested emergency medical services (EMS) and life-saving efforts continued. Mr. Houck was transported by EMS to a local hospital for treatment of life-threatening injuries, and subsequently pronounced dead on May 19, 2020, by hospital staff.”

A BOP spokesperson had no comment regarding reports that Houck committed suicide. In a May 19 letter sent to U.S. District Judge Norman Mordue of the Northern District of New York, the BOP said that Houck died due to “unknown circumstances.”

The New York City medical examiner’s office said a determination as to the cause and manner of Houck’s death was still pending, as of presstime.

In November 2011, while awaiting sentencing at the Philadelphia Detention Center, Houck was brutally beaten by two inmates while reading an LGBT-related novel. They dragged him from the top bunk of his bed, stomped on him and beat him with a chair. Houck spent 18 days in the critical-care unit of a hospital and required surgery for a fractured leg, according to court records.

Houck’s assailants were prosecuted for the attack but they weren’t charged with a hate crime. Houck maintained that the men shouted anti-LGBT slurs during the incident. Houck said he requested increased security prior to the assault due to homophobic threats, but his request was denied, according to court records.

In December 2018, Houck was on supervised released stemming from his initial child-pornography conviction when a probation officer allegedly discovered child pornography inside Houck’s Syracuse residence. Houck was detained at various facilities before being transported to the Metropolitan Detention Center in Brooklyn in September 2019. He was in solitary confinement at the detention center when he allegedly committed suicide.

According to press reports, another inmate of the Metropolitan Detention Center, Jamel Floyd, died three weeks after Houck, allegedly due to being pepper sprayed by guards.

Deirdre Von Dornum, a federal defender based in New York, told PGN that the deaths of Houck and Floyd should be thoroughly investigated. “The two recents at the Metropolitan Detention Center of Jamel Floyd and Kenneth Houck both warrant investigations,” she said.

David Cooper, a longtime friend of Houck, expressed doubt that Houck committed suicide. “I find it difficul to believe Kenny committed suicide,” Cooper told PGN. “The fact that he didn’t leave a suicide note is suspicious. I look forward to reading the autopsy report and any information issued by the [U.S.] Bureau of Prisons.” 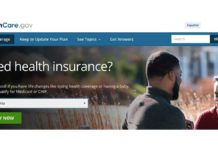 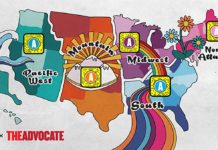 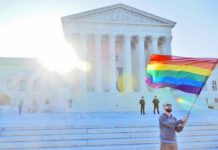