This past Sunday in Philadephia, hundreds of people attended the Queer March for Black Lives. They were led by those holding a banner with the words “Recommit to Pride. March for Black Lives.” They held flags representing all the letters of LGBTQ and many more. One flag had a single word: Resist. They shouted the slogans “Get off my neck,” and “Pride was a riot,” and “No justice, no peace.” They held up handmade signs that read “Stop Killing Trans Women,” and “Color is not a crime.” Signs for George Floyd and Breonna Taylor and Ahmaud Arbery. Signs for Dominique Rem’mie Fells.

Kimberle Crenshaw, a law profesor at Columbia University and the University of California at Los Angeles, wrote in her seminal work “Demarginalizing the Intersection of Race and Sex,” that ”Discrimination, like traffic through an intersection, may flow in one direction, and it may flow in another. If an accident happens in an intersection, it can be caused by cars traveling from any number of directions and, sometimes, from all of them.” Crenshaw was the first to write about intersectionality and how categorizing the most at-risk among us prevents them from being understood and being helped. When we focus on just one aspect of a person with intersecting identities, we fail to understand their experience.

It is also not fair to categorize a person solely by the discrimination they face. We all must do our part to better understand those with intersecting identities. We all must read authors like Kimberle Crenshaw, we all must attend marches like the Queer March for Black Lives. And, most importantly, we all must make the effort to get to know, to befriend, to work with, to help, to stand up for, to protect, and to love the very people who we marched for on Sunday. Only then will things truly change for the better. 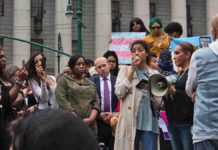 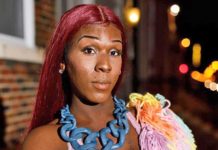