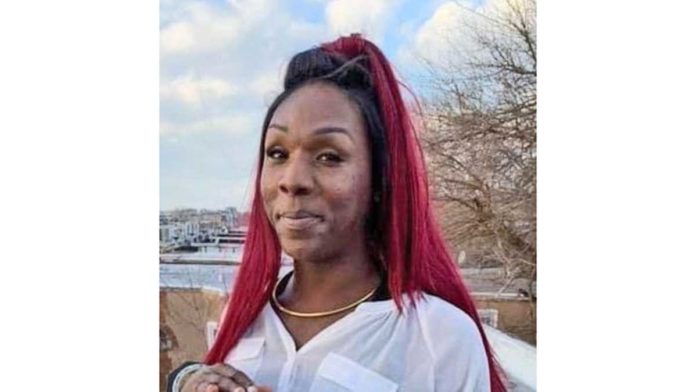 “They callin’ you an icon, girl,” recited Dominique Rem’mie Fells’ friend, Rhea, from a poem she wrote, “They callin’ you a voice. But they will never know the classy beautiful soul that carried such noise.” Family and friends gathered on Thursday, June 18, to celebrate the life of Fells, a Black transgender woman heinously murdered and abandoned on the banks of the Schuylkill River earlier this month.

Fells has become a political icon in the Black Lives Matter movement as well as a call to action for the City of Philadelphia to implement new initiatives to better protect Black trans lives. Fells’ presence was particularly felt at the Philly Queer March for Black Lives this past Sunday, June 21, as her name was shouted out by hundreds of protesters demanding justice for Black trans lives.

Police currently have a warrant out for the arrest of a man named Akhenaton “Akh” Jones, 36, who lived on the 3900 block of Powelton Avenue in West Philadelphia. Jones is said to have been an acquaintance of Fells. Fells was last seen arguing with a man who matches Jones’ description. Law enforcement is actively searching for Jones.

“The murder of Dominique Fells constituted yet another act of hate and violence against a member of the LGBTQ community,” said Philadelphia Police Commissioner Danielle Outlaw. “We are deeply disturbed by the facts of this case, and extend our deepest sympathy to Ms. Fells’ family, friends, and the entire LGBTQ community. Our homicide detectives have worked tirelessly in identifying the person responsible for this horrific crime, and we are asking the public’s assistance in locating this dangerous offender, so that he may be held accountable, and so that Ms. Fells and the community might gain a measure of justice.”

Celena Morrison, the executive director of the Philadelphia Office of LGBT Affairs, herself a Black trans woman, stated that violence against Black trans women is a systemic issue.  “As with other forms of violence based on one’s identity,” Morrison said, “these acts are driven both by hate within individuals and the systems that allow such violence to be perpetuated.” Trans people, especially trans women of color, Morrison explained, are disproportionately affected by homelessness and economic insecurity. In addition, due to a long history of enduring harassment, being misgendered and even violence, trans people are less likely to go to the police or other government agencies if they feel unsafe.

“It is important that we as the City take responsibility to address the historical and systemic oppression and violence,” Morrison said. “We must continue to make investments in affordable housing, support for people experiencing homelessness, and workforce and economic development efforts. It is important that as we approach these investments, we are thinking about them in an intersectional manner and ensuring trans women of color are able to access and utilize those resources.”

Fells’ family started a GoFundMe last week, asking for an initial $1,000 to help pay for funeral costs. Due to the amount of international public attention, the family was able to raise $124,678. At the end of the campaign, Fells’ sibling Dior Edmonds wrote, “I would love to extend our greatest thank you to all who have donated to Dominique’s cause. We love you. She loves you and we all cannot thank you enough.”

At Fells’ funeral, Pastor Derek Hart said, “The world is experiencing the life of Dominique. She said that she wanted to make an impact on lives. She’s making an impact right now as we find ourselves going through a time of social justice. She is calling us together to realize that we are so much more alike than we are different. We are here today not because of the death but the life of Dominique. Love is greater than death. Allow love to change you.”