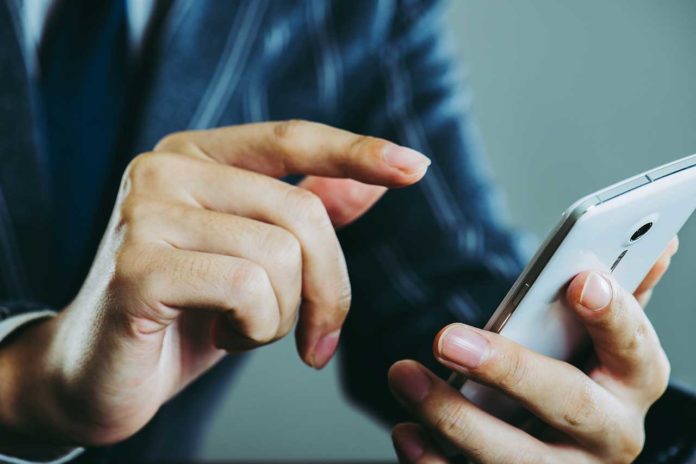 Law-enforcement officials say they’re unable to identify the person who sent a text message that appeared to threaten the life of Brett Burman, a former candidate for the Pennsylvania Senate representing the 9th senatorial district.

Burman, 34, wasn’t successful in the June 2 primary. He’s a healthcare consultant and serves as chief auditor for Edgmont Township. He’s also a member of the Pennsylvania Democratic State Committee. He announced his candidacy in June 2019. The 9th senatorial district covers parts of Chester County and Delaware County.

On April 30, a volunteer for Burman’s campaign texted potential supporters of Burman, seeking their support in the June 2 primary. One of the text recipients was supposed to be a woman identified as “Sarah,” but her text number was incorrectly recorded in a database used by the volunteer.

Instead, the text reached someone else who replied by indicating he would inflict gun violence on Berman. The reply text stated: “This is NOT SARAH!  My number is 20 years established, so don’t play mistake games with me. Brett Burman is a c–ksucking f-g, and a demonrat! Probably also voted for the gerrymandering of OUR state districts, that caused the loss of 3 Republican seats in 2018. He would ultimately become a reason, why we have the 2and [sic] amendment!”

Following the written message was a target emoji, a bullseye emoji, and an eye emoji.

Burman said he promptly reported the incident to the Pennsylvania State Police, Troop K, in Media, Pa. He also provided relevant documentation regarding the text message.

On June 12, Lt. William C. Slaton of the Pennsylvania State Police said criminal investigators within the agency have been unable to identify the sender of the text, because the suspect used a “spoofed” or fake phone number when sending the text.

“We have not been able to identify the sender of the message,” Slaton told PGN. “We’ve utilized several means [to identify the sender] and reached out to our electronics surveillance section.  They deal with investigations involving electronic equipment. They’ve had no success. It’s proven to be very challenging to find out who sent it.”

Burman expressed disappointment that state police cannot identify the suspect. “People shouldn’t feel like they have license to say things like that and get away with it,” Burman told PGN. “ I’m disappointed the police aren’t able to identify the individual. I understand that it’s not always possible. But it’s not going to stop me from fighting for our community.”

He added: “I think that all threats against LGBT individuals, whether they’re running for office or not, should be thoroughly investigated.”

Slaton said he would check to see whether the incident has been recorded as a hate crime by the Pennsylvania State Police. Additional information wasn’t available, as of press time.