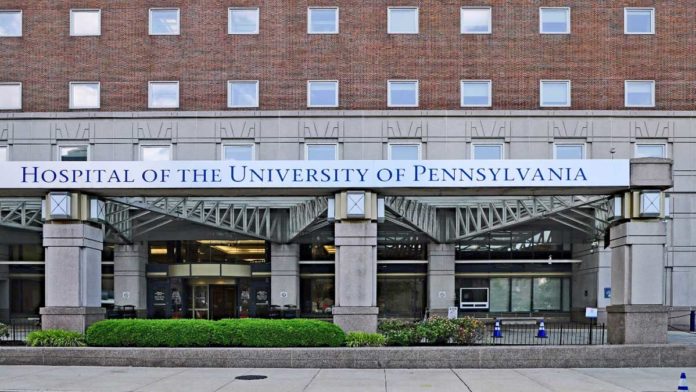 In the ongoing anti-discrimination lawsuit filed by a former transgender employee of the Hospital of the University of Pennsylvania (HUP), the plaintiff, Jane Doe, filed a Second Amended Complaint (SAC).

Doe, a transgender woman, claims she was abused and discriminated against during and after a routine medical procedure at HUP in February of 2018. Philadelphia transgender rights lawyer Julie Chovanes is Doe’s lawyer in the case.

In addition to Doe’s amended claims, which included assault, battery, intentional infliction of emotional distress, false imprisonment, violation of the right of privacy, sex discrimination and wrongful termination, the SAC includes excessive force, denial of medical care, inadequate training or supervision and violation of Title II of the Americans with Disabilities Act (ADA) in addition to Titles I and III in Doe’s previous complaint. Title II of the ADA protects qualified individuals with disabilities from discrimination on the basis of disability in services, programs and activities provided by state and local government entities.

While the ADA does not specifically include gender dysphoria as a protected disability, a federal judge in Pennsylvania found that gender dysphoria could be protected by the ADA if it caused stress on a clinical level.
“[The SAC] fills in some of the details that were being withheld by the defendants,” Chovanes explained.

According to the original lawsuit, Doe claims that she was misgendered from the moment she arrived at the medical center for her procedure and that hospital staff failed to take into account her directions regarding her sensitivity to anesthesia. As such, Doe woke up from the procedure feeling disoriented and alarmed, got up to find help, but no hospital staff came to assist her. A nurse in the post-recovery room called security, shortly after which Penn security and police officers forced Doe into handcuffs, threw her into a wheelchair, twisted her on her side and sat on her repeatedly, according to the claims, causing her to feel like she couldn’t breathe.

The defendants then forced Doe into pants, left her topless and shoeless and took her to the garage where her friend was waiting to pick her up, at which point they released her from handcuffs.

Doe was quoted in the SAC as having said, “there was one officer who I recall taking great joy dangling the handcuff keys in front of me.” In the following weeks and months, Doe was unable to return to work due to her gender dysphoria, which had become exacerbated by the incident. On June 28, 2018, Doe was fired from her job.

In previous statements to the court as notated in the SAC, the defendants described Doe during the incident as “banging her head against the hospital equipment and kicking, hitting, screaming at, and cursing at HUP personnel. Because Plaintiff was perceived to be a danger to herself and others, HUP Security subdued her and, along with Penn Police, escorted her to the garage entrance, where her friend…picked her up in a car and left the premises.”

According to the SAC, the defendants also purported that they “have maintained longstanding policies of nondiscrimination with respect to sex, sexual orientation, and gender identity, among other protected characteristics.” They claimed that “Penn’s existing policies afford greater protection against discrimination of any kind than existing federal law…”

“[This case] once again shows even our biggest nonprofit institutions that profess to care for us, really fail at that job sometimes,” Chovanes said. “If we’re going to proceed, especially now in the age of Trump, with a united front, we have to be united even with the poorest and most disadvantaged of our people.”

In response to Doe’s SAC, the Penn defendants filed a partial motion to dismiss Doe’s complaint, according to a court order. In summary, the order states that Doe is unable to assert any claims against Dr. Randolph, the anesthesiologist who provided care for her during her medical procedure. It also states that Doe cannot file certain claims against some or all of the defendants, including certain titles of the ADA, and that her new claims against the original defendants should not be permitted. Some of Doe’s new claims were dismissed on the grounds that they were not issued promptly.

“The Penn Defendants do not dispute that the proposed amendments arise from the same transaction or occurrence alleged in the original Complaint,” the defendants’ memorandum states. “Nor do the Penn Defendants dispute that the newly-named Defendants share counsel with the original Defendants. What is disputed, however, is that Plaintiff should be permitted to take advantage of the benefits of the relation back doctrine on claims that are futile, prejudicial, and in violation of this Court’s Scheduling Order.”

Chovanes said that she asked the court if she was able to file a reply to the defendants’ response, which she will file on June 12. Overall, Chovanes hopes that a favorable outcome in the case will not only achieve justice for Doe but that Penn employees will be held accountable for treating their patient and former employee in a hostile manner.

“[I hope] that the defendants understand that their lip service really is just that –– it makes no attempt to deal with the practicalities of how people are dealt with,” Chovanes said. “If [the University of Pennsylvania] is not doing what they publicly say they’re going to do, if we can change that to align them, to make them a better place than they are now, that would be awesome. And I know Ms. Doe would be incredibly satisfied.”