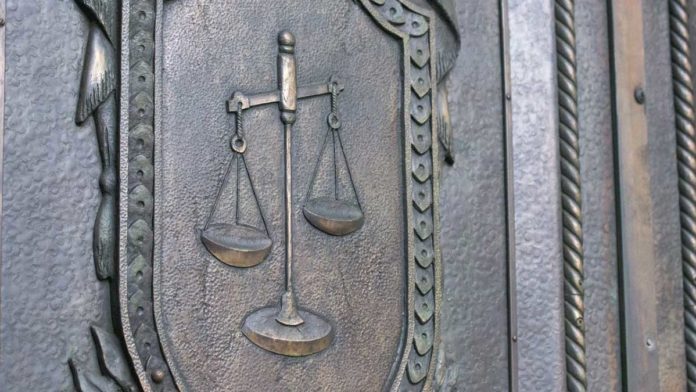 The U.S. Department of Justice recently filed a friend-of-the-court brief that sides with Catholic Social Services of Philadelphia in its legal battle to receive foster-child referrals from the city even though it won’t help place those children with same-sex couples.

Two lower courts have sided with the city. But CSS appealed to the U.S. Supreme Court and on Feb. 24, the high court announced it will hear the case. Oral arguments are expected in the fall.

CSS maintains the city is violating its religious-freedom and free-speech rights. In a 35-page brief filed June 3, the U.S. Department of Justice supported CSS’ position. “The adoption and enforcement of the City’s policy reflect impermissible hostility to religion,” the brief asserts.

The brief outlines a series of actions allegedly taken by the city that violate the Constitution. “The City singled out religious organizations for investigation; suggested that religious beliefs are merely a pretext for discrimination; imposed unnecessarily severe restrictions on Catholic Social Services’ participation in the foster-care program; and tried to persuade Catholic Social Services that its understanding of Catholic doctrine was outmoded and inconsistent with the views of Pope Francis, as the City understood them,” the brief states.

The brief also contends the city’s actions conflict with the U.S. Supreme Court’s ruling in the 2018 Masterpiece Cakeshop case, which states it’s unconstitutional to “pass  judgment upon — or presuppose the illegitimacy of — religious beliefs and practices.”

Moreover, the brief minimizes the city’s position that same-sex couples might feel marginalized if CSS refuses to work with them. “While Philadelphia has expressed concern that same-sex couples who are interested in becoming foster parents might feel marginalized if Catholic Social Services refused to perform a home study for them, the City could have addressed its asserted concern in numerous other ways, including by informing potential foster families of the City’s commitment to diversity in its foster-care program and the availability of other agencies better suited to working with particular applicants,” the brief argues.

In court papers, CSS said it will have to phase out its foster-care program if it doesn’t receive additional foster-child referrals from the city. CSS currently provides foster-care services for about 40 children in city custody. They were placed in CSS homes prior to the city’s freeze on additional foster children.

Throughout the dispute, city officials emphasized their commitment to providing foster-care services in a bias-free manner. They emphatically denied harboring animus against Catholicism. According to city records, the city pays about $26 million annually to CSS for a variety of services apart from foster-care services. About $4 million of those funds come from city tax dollars. The remaining funds come from state and federal grants.

CSS is represented by Becket, a conservative law firm based in D.C. that defends religious liberties. Lori H. Windham, senior counsel at Becket, issued this statement: “It’s easy to support a foster agency that has been uniting vulnerable children with loving families for over 100 years. So it’s no wonder CSS has received such broad and diverse support at the Supreme Court. Faith-based agencies are some of the best at combating the foster-care crisis across the nation. Yet across the country, they face threats from those who disagree with their religious beliefs. I am hopeful that the Court will recognize that faith-based agencies are rightfully part of the solution and shouldn’t be subject to the political appetites of their adversaries.”

Leslie J. Cooper, deputy director of the national ACLU’s LGBT and HIV Project, issued this statement: “Today, the Trump administration submitted a brief to the Supreme Court on the side of a taxpayer-funded agency [CSS] that is seeking a constitutional right to turn away people who fail to meet the agency’s religious criteria. While this case involves rejecting LGBTQ families, if the Court accepts the claims made in this case, not only will this hurt children in foster care by reducing the number of families to care for them —  but anyone who depends on a wide range of government services will be at risk of discrimination based on their sexual orientation, religion or any other characteristic that fails a provider’s religious litmus test. Our government provides critical social services to people in need, including through partnerships with private secular and religious organizations. Discrimination has no place there. We look forward to responding to these claims on Aug. 13 when we file our response.”

A spokesperson for the city couldn’t be reached for comment.