“For They Know Not What They Do” is a topical documentary featuring case studies of evangelical Christian families with gay and trans children. The film will be available through virtual cinemas starting June 12.

Directed by Daniel G. Karslake, the film shoehorns numerous topics in its brisk 90 minutes. There is the expected reconciling of being gay with loving God along with investigations of reparative and gay conversion therapy programs. There are statistics of LGBTQ trans suicide rates and fatality rates for adult trans women of color. There are confessions of self-harm, eating disorders and living in addiction. In addition, there is news coverage of legal battles for bathroom bills, folks declaring their First Amendment right to religious freedom and various discriminatory laws, like the ban on transgender military personnel. And there are many clips of religious people spouting homophobic and transphobic remarks to crowded megachurches as well as violent hate crimes.

But it is the personal-political stories recounted in the film by the gay and trans children that make this documentary so affecting. The strength of “For They Know Not What They Do,” is how micro and macro discussions about sexuality and gender identity — both hopeful and tragic — impact the experiences these families have with love, acceptance and faith.

Karslake introduces these themes as he interviews his subjects. Linda and Rob Robertson, a Seattle couple, were shocked when their 12-year-old son, Ryan, came out to them via instant message. Painful struggles followed for all. Ryan went to Exodus, for conversion therapy to repress his same-sex attractions. As committed as Ryan was to praying the gay away, however, he eventually turned to drugs because he felt God “didn’t hold up his end of the bargain.” How Linda and Rob reacted to their son is, the film suggests, a teaching moment. The couple comes off as sympathetic, despite bad decisions.

More inspiring is the story of Sarah McBride, a trans activist from Wilmington, Delaware, whose parents admit they were “devastated” when Sarah came out as transgender. However, they soon got behind her, understanding that their support was essential in helping her thrive. When Sarah meets Andy, a transman at an LGBTQ event she attends, she finds love, but also complications that bring her family closer together.

“For They Know Not What They Do” emphasizes that resistance to a child’s sexual or gender identity — specifically based on religious beliefs — can be harmful. This is explored in the case of Elliot Porcher, a trans teen whose inner turmoil with gender identity was difficult for his parents, Coleen and Harold, to initially understand. Elliot, who has self-hating moments, was inspired to come out as trans after reading about a trans teen’s suicide. His mother used her faith as an anchor while Elliot’s father learned how to embrace his son. Both parents indicate how much happier Elliot was after he was able to be himself.

The fourth subject in the film, Vico, is a gay Puerto Rican teen, who feared his religious Latinx family’s reaction to him coming out and tried to hide his sexuality from them. However, while he arranged to stay with his grandmother in Puerto Rico, he was outed, and she locked him out of her house. Reuniting with his parents in Florida, he later experienced a different kind of trauma, being in the Pulse nightclub during the fateful massacre. That experience, instilled in Vico a tremendous sense of survivor’s guilt. However, in the aftermath of the tragedy, his family became stronger.

Religion plays only a minor role in Vico’s story, but his experiences reinforce the film’s points about how evangelical parents, who were often ignorant or afraid of what gay or trans means in the eyes of God, need to be educated and bond with their children. Vico talks about how his relationship with his religious grandmother has improved.

“For They Know Not What They Do” features passionate, engaging stories, and it is to the film’s credit that it shows how people can grow and change. There are valuable sidebars such as one about religious bias and another about Exodus ex-gay therapist Randy Thomas apologizing for his harmful actions.

Karslake also includes commentary from various clergy, such as out gay Bishop Gene Robinson, about the religious right targeting the trans community because marriage equality laws shifted their focus to a more vulnerable community. And there are discussions of the eight states — all in the South and Southwest — that have “no promo homo laws” that prevent LGBT issues from being discussed in public schools. These anecdotes are informative, but Karslake tries to cover too much ground. As a result, he dilutes his important messages. If “For They Know Not What They Do” was more focused, it would be more forceful. 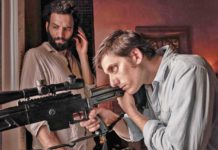 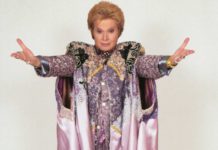 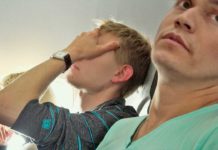