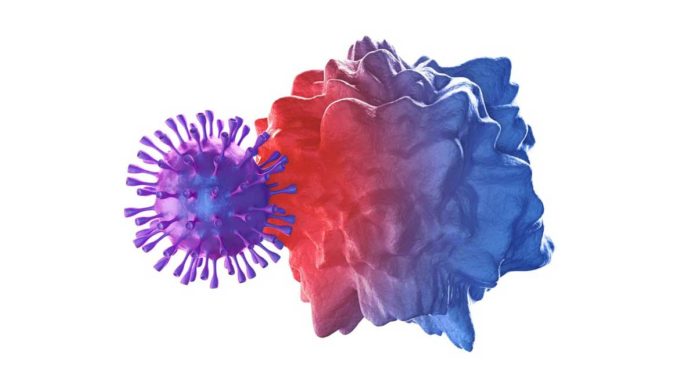 On May 27, a Gloucester County, New Jersey gay man who is HIV-positive filed a federal antibias lawsuit against his former employer, claiming he was wrongfully terminated after requesting time off due to the COVID-19 epidemic.

“John Doe,” 59, worked as a press operator at Packaging Solutions Inc. in Chester, Pennsylvania for 22 months until he was discharged on April 1. Prior to his discharge, he received satisfactory performance reviews, according to the 38-page lawsuit.

“For example, as recently as Feb. 7, 2020, Doe received a performance review where he scored ‘good’ on all areas including attendance, punctuality, dependability, communication, productivity, work quality, technical skills, cooperation, and attitude, among other areas,” the lawsuit states. “Doe received an overall rating of ‘good.’ The review indicates in the comments [section] Doe was ‘good at his job,’ and that, ‘He never has to be followed up on and follows instructions well. Very organized.’”

On March 25, 2020, Doe received a notification on his healthcare portal stating that a stay-at-home order for the State of New Jersey was effective March 22, 2020, that

Doe was in an “at-risk group,” and that Doe should, therefore, stay at home, according to the lawsuit.

Doe immediately attempted to convey this information to the Human Resources Department of his employer, to no avail. “Never once was Doe able to get through to the Human Resources Department, despite multiple attempts,” the lawsuit states. Then, Doe told his supervisor that he needed to stay home and that he would supply medical documentation from his infectious-disease specialist. But his supervisor sent him a text message on March 27 stating: “The company has remained open. Not reporting to work as you have done is abandoning your job. HR [Human Resources] will be sending you the necessary paperwork.”

Doe emphatically denies that he abandoned his job, according to the lawsuit.

On March 27, Doe responded to his supervisor via text message, stating that Doe was “under a doctor’s care for underlying medical issues for the last 20 years which are well documented,” referring to his HIV-positive status. However, Doe received no further response from his supervisor.

Shortly thereafter, Doe was informed that the company had canceled his life insurance policy, effective April 1, 2020.

“If Doe were to become infected [by COVID-19], he would have suffered potentially serious and fatal health consequences, a risk to which [Packaging Solutions] was callous and recklessly indifferent,” the lawsuit alleges.

Doe claims that he was treated differently than other workers due to his sexual orientation and HIV-positive status, noting that another press operator who isn’t LGBT nor HIV-positive wasn’t terminated by the company when he requested time off, according to the lawsuit.

Moreover, the lawsuit asserts, “Employers like [Packaging Solutions] have been advised to provide requested accommodations on a temporary basis where the request is for leave from an employee whose disability puts them at higher risk for contracting COVID-19, and also because healthcare providers are busy fighting a pandemic outbreak. [Packaging Solutions] retaliated against Doe because he suffered from a condition that placed him at higher risk for serious or fatal consequences from COVID-19. If Doe were not gay, Doe would have been treated differently by [Packaging Solutions] during the pandemic. On account of his sexual orientation, [Packaging Solutions] treated Doe differently. Regardless, their actions nevertheless violated the fundamental guarantees of entitlement to benefits, and job security, afforded by [federal law].”

Doe is seeking more than $150,000 in damages. He’s also requesting that Packaging Solutions be ordered to provide a neutral job reference for Doe; to remove from Doe’s personnel file any reference to Doe’s alleged job abandonment or voluntary resignation; and to provide accurate and truthful information to the unemployment-compensation board regarding Doe’s conduct.

The case has been assigned to U.S. District Judge John R. Padova of the Eastern District of Pennsylvania. A jury trial has been requested. Neither side had a comment for this story.