Executive Director of Philly Pride Presents, Franny Price, announced today in an email that Philadelphia’s in-person Pride celebration, Philly PrideDay, is canceled this year due to COVID-19. However, Philly Pride will go virtual on Sunday, June 14, 2020, following a trend in online celebrations. The Bradbury-Sullivan LGBT Community Center announced that Lehigh Valley Pride would go virtual this year, as well as countless cities across the world via the fully broadcasted Global Pride 2020.

The decision to cancel or postpone Pride hung in the balance of whether or not the city would allow public events this summer, said Price. Philly Pride Presents had begun lining up venues and locking in vendors for a possible on-location event for July and then August. Yet, the city would push back potential public events every two weeks until it finally decided that it would not be allowing any public events until at least the first week of September. “It’s very frustrating,” said Price, “it’s been very stressful and we’ve all been anxious [about making the decision].”

“It’s going to be a really fun day virtually,” said Price. PrideDay will be jam-packed with broadcasted entertainment and community events. It will kick off at 10 a.m. with the 5K Fun Run — details for viewing the run will be made available on Philly Pride Presents’ Facebook page. Then, at 1 p.m., 6ABC.com will broadcast Philly Pride events. At 4 p.m., Philly Pride Presents will broadcast their yet to be announced programming. Then, celebrations will culminate in Miss Philly LGBT Pride, a drag show featuring Philly’s best performers. This year marks the 30th anniversary of this event and Philly Pride Presents will be honoring four drag stars who have loyally participated every year but have not yet held a title — Les Harrison, Sandy Beech, Finesse A. Ross and Marcello Brening Barrera.

Price is additionally calling on sponsors, vendors and participants in other Pride committees to submit either a picture of a 15-second video spot to include both in the 6ABC broadcast and in Philly Pride Presents’ broadcast.

When asked if the live event could be rescheduled, Price said, “Anything can happen, who knows? Maybe if [the city holds] events in July and nothing drastic happens, maybe they will allow it. But, right now, they’re not giving any permits.” 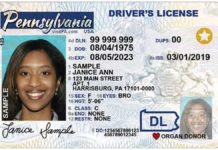 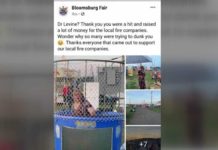