“There will always be enemies. Time to stop being your own.” So wrote Larry Kramer in his groundbreaking 1978 play, “Faggots.” He led a lifelong fight against homophobia, and, in the course of that fight, made many enemies among the powerful over decades as an out gay writer and activist. But Kramer saved thousands of lives in the process.

The playwright, AIDS activist, founder of ACT UP (AIDS Coalition to Unleash Power) and founder of Gay Men’s Health Crisis (GMHC) died May 27 of pneumonia. His husband, David Webster, announced his death in Manhattan.

Kramer, 84, was a maverick for decades in New York City. At the beginning of the AIDS pandemic, he fought for the lives of gay men with HIV/AIDS in his writing and in the streets. Kramer is roundly credited with forcing the shift in the U.S. federal health policy toward HIV/AIDS.

Kramer began his activism in 1981 after reading an article about deadly cases of a rare cancer, Kaposi’s sarcoma, among young gay men. A meeting of about 80 people in his New York apartment the next week led to the formation of GMHC.

As founder of ACT UP, Kramer led street actions in New York and promoted them nationally, including in Philadelphia, San Francisco and Washington, D.C. His protests called for the FDA to work faster to find treatments for the pandemic that was killing thousands of young gay men and others throughout the U.S. ACT UP also challenged all systems that discriminated against lesbians and gay men.

The lesbian essayist Susan Sontag called him “One of America’s most valuable troublemakers.”

It was Kramer who brought Dr. Anthony Fauci, head of the National Institute of Allergy and Infectious Diseases (NIAID), into the fight against AIDS, which helped mobilize the U.S. national health system like HHS, NIH and FDA to address the crisis during the 1980s and ’90s. In 1988 Kramer, who frequently called the AIDS pandemic a “genocide,” published an open letter in The San Francisco Examiner in which he called Fauci a “killer” and “an incompetent idiot.”

Fauci told the New York Times on May 27, “Once you got past the rhetoric, you found that Larry Kramer made a lot of sense and that he had a heart of gold.”

Fauci told the Times that Kramer had alerted him to the perils of federal bureaucracy and how that was “slowing the search for effective treatments.” According to the Times, Fauci credited Kramer with playing an “essential” role in the development of elaborate drug regimens that could prolong the lives of people with HIV, and in prompting the FDA to streamline its assessment and approval of certain new drugs.

Since the coronavirus pandemic, Kramer had evinced concern for Fauci, as he received death threats from the right during his current work on COVID-19.

“We are friends again,” Kramer said in an email to the reporter John Leland of the Times for an article published at the end of March. “I’m feeling sorry for how he’s being treated. I emailed him this, but his one line answer was, ‘Hunker down.’”

Kramer contracted HIV himself and went public with his diagnosis, writing regularly of his T-cell counts and viral load. He also had liver disease and underwent a successful liver transplant. His health had been fragile for years, but he continued to write and give interviews.

Though his AIDS activism dominated his life for several decades, his work as a playwright and essayist was critical to the gay literary canon both before and after the height of the AIDS crisis.

Kramer’s best-known work was “The Normal Heart.” The autobiographical play about his work as an activist and his efforts to get the governments of Ronald Reagan and George H.W. Bush engaged in addressing the AIDS crisis opened at the Public Theater in New York City in April 1985 and ran for nine months.

The play was revived in 2011, winning the Tony Award for best revival of a play. The New York Times review was unequivocal: to powerful effect. “By the play’s end, even people who think they have no patience for polemical theater may find their resistance has melted into tears. No, make that sobs.”

In 2014, Kramer wrote the screenplay for the HBO adaptation of “The Normal Heart.” It won the 2014 Emmy for outstanding television movie.

Kramer continued to fight for the rights of LGBT people. In 2007, he penned a characteristically confrontational piece titled “Why Do Straights Hate Gays.” Kramer wrote in the Los Angeles Times, “Our own country’s democratic process declares us to be unequal, which means, in a democracy, that our enemy is you.” He continued, “You treat us like crumbs. You hate us. And sadly, we let you.”

Kramer’s writings included six plays, three screenplays, three works of fiction and three of nonfiction, in addition to numerous essays. In 1970, he was nominated for an Academy Award for his screenplay for the Ken Russell film, “Women in Love,” based on the D.H. Lawrence novel.

In “The Normal Heart,” Kramer wrote, “And I always thought: the very simplest words must be enough. When I say what things are like, everyone’s heart must be torn to shreds. That you’ll go down if you don’t stand up for yourself. Surely you see that.”

Kramer is survived by his husband, architect David Webster, with whom he had been partnered since 1994. A memorial service will be considered post-pandemic. 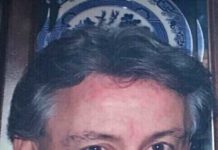 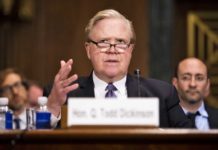 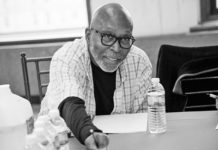