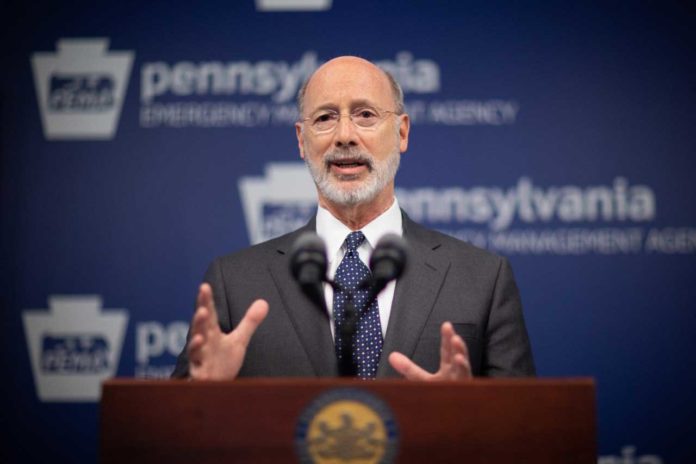 This morning, Gov. Tom Wolf announced that the Department of Health will include sexual orientation and gender identity questions on case history investigations after contact with those who test positive for COVID-19.

Data means information, and information leads to the identification of areas of need. Sexual orientation and gender identity (SOGI) were not demographic data questions asked on the 2020 Census. Respondents were only able to signify a same-sex household, but this does little to account for gender expression or sexual orientation. A lack of LGBTQ data presents problems when it comes to assessing needs and allocating resources, but now Pennsylvania’s government is trying to rectify these issues.

Pennsylvania’s Department of Health is an early adopter of the new data collection platform called Sara Alert. Within this platform, the department requested to modify the system to include fields designed to collect SOGI data. Additionally, the department has asked six health organizations within the state to include SOGI data in their electronic health records. “The Wolf Administration,” said the governor’s office, “will only partner with organizations and entities through our response to COVID-19 that have an established commitment to non-discriminatory practices.” Wolf hopes that other states will follow Pennsylvania’s lead in this groundbreaking solution to a lack of LGBTQ data.

Out Pennsylvania Rep. Malcolm Kenyatta praised the governor’s efforts. “The COVID-19 health crisis has magnified and intensified the many ongoing disparities among our nation’s minority groups, especially as it relates to sexual orientation and gender identity,” said Kenyatta, “In our fight to combat these inequities, we must be deliberate in our approach, and I applaud Governor Wolf for doing just that by mandating that health care records for testing account for LGBTQ patients receiving quality care.”

Executive Director of Allentown’s Bradbury-Sullivan LGBT Community Center Adrian Shanker said, “It is very difficult to prioritize health equity during a crisis, however, it is incredibly important that health equity is central to the COVID-19 response. That’s why we are so proud of Gov. Tom Wolf and Secretary of Health Dr. Rachel Levine for making this announcement which ensures data collection on COVID-19’s disparities impacting the LGBT population in our state. Those who suggest, wrongly, that the virus doesn’t discriminate lack an understanding of how the social conditions of our lives leave historically marginalized populations more vulnerable to COVID-19.” With this major announcement today, Pennsylvania will be collecting data that can help keep LGBT people safe from this dangerous virus.

“It used to be hard to explain why health data collection for LGBTQ+ people was important,” said NFN Scout, deputy director of the National LGBT Cancer Network, “Now with COVID-19, it’s become crystal clear. At least half a dozen states have started to step up to do better on collecting SOGI data, but Pennsylvania’s announcement today sets a new standard for the rest of the country to follow. I hope hospital administrators all over the country are listening; it’s time to include SOGI in routine demographic data collection on all health records.”

Historically, however, many in the LGBTQ community have been reticent to release personal information on their sexual orientation or the nuances of their gender identity. Kenyatta weighed in on these concerns: “We still live in a state where, depending on where you live, you can be fired simply because of who you are. We know that’s still a major concern.”

That said, Kenyatta believes steadfastly that collecting data is far more important than anxiety around the issue. “I don’t have grave concern, frankly, about this information being used in a nefarious way,” said Kenyatta, “I have a greater concern that people can continue to minimize the amount of folks in Pennsylvania and in the nation who identify as LGBTQ.”

“A challenge for those who know what it means to be on the margins of society is that we get policies that are targeted and specifically bad for our community,” explained Kenyatta, “The other thing that happens is that you get completely ignored. In some ways, that’s worse. When we look at the comorbidities, we see who is getting hurt worse than most by COVID-19. We’re just not tracking it and that’s a problem.”

Alongside Wolf’s mandate to include SOGI data, Kenyatta is also in the process of introducing a bill called Data for LGBTQ Live. Earlier this year, Kenyatta hosted a census fair at Temple’s Liacouras Center in order to get folks counted. What he realized at this event was that the LGBTQ community wasn’t getting any support at the federal level. “Where the federal level drops the ball, as we’re seeing right now with COVID-19,” said Kenyatta, “I think it’s going to be incumbent upon folks at the state level to try to pick it up.” Thus, he drafted the Data for LGBTQ Live bill which will “gauge how truly accessible opportunities such employment, health and mental care, economic mobility, and other state social services are to LGBTQ residents.”

Kenyatta said that most current information on the LGBTQ population is anecdotal, based on individuals’ lived experiences. “But, government decisions are made by data,” said Kenyatta, “ — at least good government decisions. If we’re not collecting it, we’re basically saying to LGBTQ folks that they don’t matter, that their lived experiences don’t matter.”

“This movement for data justice is not new to me, I didn’t start it,” finished Kenyatta, “But, I think that at every level of government, we have to be asking the question, ‘How can we understand the needs of all of our constituents?’ Data is a big part of it.”

COVID-19 derailed the rollout of Data for LGBTQ Live, but the language is written and the bill is ready. Kenyatta and his team are just waiting for the right moment to “introduce it with a real bang.”

As per Gov. Wolf’s office, any Pennsylvanian who believes they have been discriminated against should contact Pennsylvania Human Relations Commission  @ www.phrc.pa.gov/File-A-Complaint/Pages/About-Filing-A-Complaint.aspx