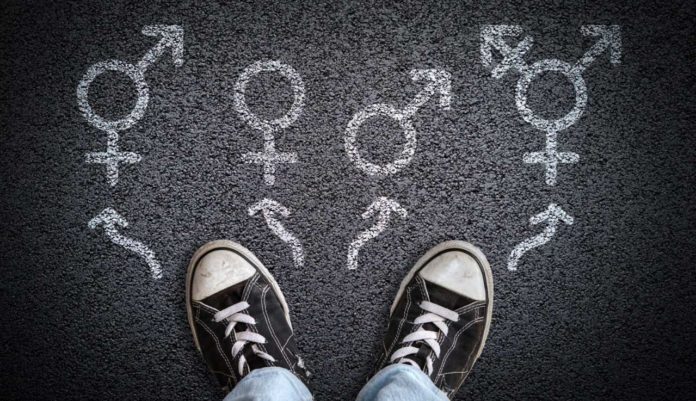 The four-page ruling was issued April 15 in the case of Doe v. Bethlehem School District. “Jane Doe” is the parent of a nonbinary high school student, identified in court papers as “Roe,” age 15. Roe identifies with the pronouns they, them and theirs.

In April 2019, Roe started attending classes at Freedom High School in Bethlehem as part of their Individualized Education Program (IEP). But Roe was discriminated against by staff due to their gender dysphoria, according to a complaint filed with the PHRC in January 2020.

A licensed professional counselor at Freedom High allegedly “tormented and abused” Roe by continually misgendering them. Ironically, Roe attended Freedom High because of its counseling services.

In October 2019, Roe transferred from Freedom High to another public school in the area, where they continue to be enrolled to this day.

In a reply brief filed with the PHRC, attorneys for the school district argued that gender dysphoria isn’t a protected disability under the state Human Relations Act. They also asked to have the PHRC complaint dismissed.  On April 15, the PHRC denied the dismissal request and ruled that gender dysphoria is a protected disability under the state’s Human Relations Act. The ruling was written by PHRC Motions Examiner Carl Summerson.

“Fundamentally, the purpose of antidiscrimination law is to provide evenhanded protection, not to pick and choose which disabilities we approve of and which ones we do not because of some antiquated or discriminatory concept,” the PHRC ruling states. “When a person has cancer, we don’t discount the condition as a disability because the person was a heavy smoker. When an individual has sickle cell anemia, those who have an animus toward African Americans are not permitted to discriminate because an individual has the disability of sickle cell anemia. Unfortunately, in our society, there is far too much moral animus directed against groups that are perniciously disfavored. Now is the time for transgender individuals to enjoy the same protections that other individuals with profound health conditions, whether stigmatized or not, currently enjoy.”

The ruling also notes that gender dysphoria can result in serious health challenges. “Without treatment, those with gender dysphoria often experience serious anxiety, depression and even suicidal ideation. Gender dysphoria is also associated with high levels of stigmatization, discrimination and victimization leading to negative self-concept, mental disorders, comorbidity, school dropout and economic marginalization. Considered in its active state, arguably, gender dysphoria limits a range of a person’s major life activities, including the ability to care for oneself, eating, sleeping, learning, concentrating, thinking, communicating, interacting with others and reproducing.”

Justin F. Robinette, an attorney for Doe, praised the ruling. “Under this ruling, anyone with gender dysphoria can file an antibias complaint with PHRC if they believe they’ve been discriminated against in Pennsylvania because of their disability. It’s a nice victory in our state, especially considering the uncertainty of LGBT protections on the federal level. My client is grateful for this ruling and hopes that it helps other students in similar situations.”

Robinette said his focus now is on a federal antibias case filed by Roe’s mother in March 2020, which he said has benefited by the favorable state ruling. “Eventually, I expect everything to be handled on the federal level. But we’re very gratified we got this ruling from the [state] commission,” Robinette said.

The federal case has been assigned to U.S. District Judge Edward G. Smith of the Eastern District of Pennsylvania. Roe and Doe are seeking an unspecified amount in damages and a comprehensive LGBT antibias policy enacted by the school district. A jury trial has been requested.

John Freund, an attorney for the school district, issued the following statement:

“It seems to me that neither science nor the law are yet up to the task of determining whether gender dysphoria has a physical etiology or whether it should be considered a disability under the law. [PHRC’s] decision to deny the motion to dismiss in this case is the opinion of one motions examiner, in one case, in one agency. The ultimate question of [how] this condition will be regarded has yet to be answered.”

Renee Martin, a PHRC spokesperson, had no comment for this story. “We do not confirm or deny the existence of any case or complaint until/unless the case is made public through our public hearing process,” Martin wrote, in an email.