For decades starting in the 1950s, Phyllis Lyon and Del Martin maintained a listing in the San Francisco telephone directory. The founders of Daughters of Bilitis and “The Ladder” wanted LGBTQ+ people to be able to reach them if necessary.

No one knows how many people called that number in the era before the internet and a widely accessible LGBTQ community, but Lyon and Martin provided a lifeline.

On April 9, Lyon, an iconic lesbian activist, died at her home in San Francisco. She was 95. Lyon was pre-deceased by Martin, who died in 2008 from complications of a bad fall.

In 2004, California Gov. Gavin Newsom (D), then the newly elected mayor of San Francisco, took a political stand on same-sex marriage and began issuing licenses to same-sex couples. Marriage equality advocates suggested Lyon and Martin as the first couple he should marry. The couple had been together for more than 50 years when they exchanged vows before a small group of close friends and Newsom’s staff.

The courts voided these marriages, but California legalized same-sex marriage in 2008, and Newsom married the couple a second time.

A wedding photo of the Lyon and Martin, then in their 80s, dressed in pastel-colored pantsuits with their foreheads touching, went viral and became a signature image in the fight for marriage equality.

After Martin’s death, Lyon said: “I am devastated to lose Del, but I take some solace in knowing we were able to enjoy the ultimate rite of love and commitment before she passed.”

On April 9, Newsom wrote on Twitter, “Phyllis and Del were the manifestation of love and devotion. Yet for over 50 years, they were denied the right to say 2 extraordinary words: I do. Phyllis — it was the honor of a lifetime to marry you & Del. Your courage changed the course of history. Rest in Peace my dear friend.”

Newsom mentioned Lyon’s passing in his daily pandemic briefing and called her one of his heroes.

Born in Tulsa, Oklahoma, on Nov. 10, 1924, Lyon was raised in Sacramento, California. She graduated in 1946 from the University of California at Berkeley, where she was editor of the renowned student newspaper. She then worked at newspapers in Fresno and Chico. She traveled and began writing for a magazine in Seattle, where she met Martin in 1950.

The two became lovers in 1952 and relocated to San Francisco, already an epicenter for lesbians and gay men, in 1953. It was there that the couple began their activism, founding DOB in 1955. They began publishing “The Ladder” the following year, mailing it out in plain brown newspaper wrappers for two decades.

Lyon and Martin’s single drive for decades was to quash the notion that lesbians and other GBTQ people were mentally ill or deviant. The stories and letters in “The Ladder” were not about lesbians committing suicide or being killed like in “The Children’s Hour.” They were about the political drive toward societal inclusion and love affairs like their own that lasted.

Lyon and Martin were charming, funny, deeply committed women, dedicated to their cause of making the world a more accepting and acceptable place for queer people.

To that end, they co-authored a book in 1972, “Lesbian Woman.” In the introduction, they wrote that most “nonfiction books and articles are almost exclusively devoted to the male homosexual, with perhaps a chapter on or incidental mention of the Lesbian…”

They asserted that the “lack of research and scientific knowledge on the Lesbian is due to a number of factors,” noting the confluence of misogyny and homophobia on research. They wrote, “It is our contention that there can be no definitive book on the Lesbian, nor one which is wholly objective. We do feel, however, that the experience of Lesbians, expressed in their own terms and in the context of their own self-awareness, has merit in and of itself….Our stance in the book is that of the everyday life experience of the Lesbian…how she views other people and the world around her.”

The book was a groundbreaking best seller and delved into a range of issues. DOB had participated in several studies about lesbianism and reported on them in “The Ladder” and “Lesbian Woman,” including the prevalence of suicide attempts and substance abuse in response to homophobia. They detailed those studies in the book.

In “Lesbian Woman,” Lyon and Martin also wrote about the complications of lesbian motherhood, being closeted at work, conflicts over and fear of sexual enjoyment, the impact of religious persecution on lesbians and gay men and the generalized oppression of lesbians by the larger society.

The couple also co-wrote “Lesbian Love and Liberation” (1973), a history of lesbians and sexual liberty.

In 1995, Nancy Pelosi named Lyon a delegate to the White House Conference on Aging.

In 2003 filmmaker JEB (Joan E. Biren) released a documentary film on the couple, “No Secret Anymore: The Times of Del Martin and Phyllis Lyon,” which was broadcast on both Sudancc and PBS.

The extensive records of Lyon and Martin’s professional and activist pursuits, including the administrative files of the Daughters of Bilitis, are preserved at the GLBT Historical Society in San Francisco.

A memorial service will be planned after the pandemic. 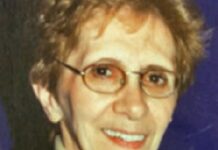 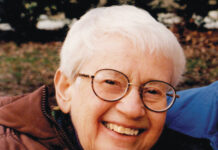 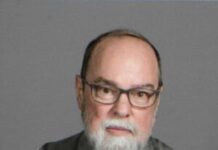