“We Are Trans,” the popular regional variety show featuring trans and nonbinary performers, is making the jump from the live stages of Manhattan, Central Jersey and Philadelphia to the internet with the launch of the “We Are Trans” podcast on March 20.

It’s the brainchild of Sammie James, a central New Jersey-based trans comedian who performs all over the region to both queer and mainstream audiences. James says the new podcast is an extension of what the live shows are trying to accomplish.

“The podcast itself is part of my plans for the brand of ‘We Are Trans,’” she said. “It started as a monthly show that I was doing in Manhattan and Central Jersey. My goal with that is to get trans artists exposure, get them paid what they deserve and just get these really talented people’s names out there. The podcast is part of that as well. The goal is to really help trans people get their names out there.”

James said that the format and the subject matter of each show will differ from show to show, depending on who the guest is in that particular episode.

“My idea for the premise is pretty much just two trans people having a conversation, whatever that happens to entail or who I’m talking to that week,” she said. “I know a lot of comedians and performers because that is the world I work in. There is definitely a lot of comedic conversation. One of the first episodes is with a nonbinary lawyer in North Jersey. We talk about the specifics of name changes and the laws on the books in Jersey because that is where they practice. It depends on who I’m talking to; if the person wants it to, the conversation will definitely veer into trans specific topics. It will also veer into politics or will just be as simple as ‘What food do you like?’ It will all depend on who I’m talking to.”

James said she hopes to distinguish “We Are Trans” from other trans-oriented podcasts by making the series more about the lives the guests lead than about the ins and outs of their identity and the struggles that come with it.

“I’m sure that there are several trans-run and trans-specific podcasts, but a lot of the trans-specific podcasts that I’ve found have been pigeonholed into being trans-specific where the guests are all asked about growing up and family life,” she said. “Those will come up on mine, but I’m not aware of any trans-run podcasts that are simply a conversation. There are several that go into current issues facing the community or transitioning. I like the idea of two trans people having the conversation that people don’t often hear us having. We’re having them all the time but it’s not what a lot of pop culture examples of us are showing.” 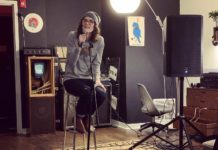 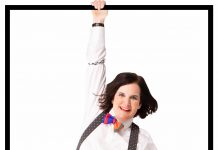 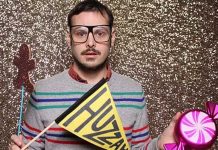