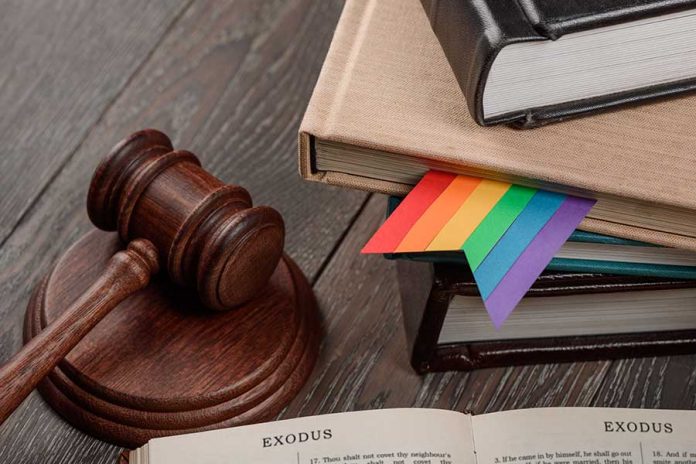 A new federal judge has been assigned to the case of “Jane Doe,” a transgender woman who’s suing the University of Pennsylvania for alleged anti-trans bias and wrongful termination.

U.S. District Judge Karen S. Marston will replace U.S. District Judge Mitchell S. Goldberg in the case, it was announced on Feb. 27. “Jane Doe,” claims she was mistreated during a routine medical procedure at the Hospital of the University of Pennsylvania on Feb. 20, 2018. After the incident, she claims she had difficulty returning to work because the hospital exacerbated her gender dysphoria, Four months later, HUP fired her. She filed a federal antibias lawsuit against Penn in July 2019.

In a questionnaire from U.S. Senator Dianne Feinstein (D- California) prior to her confirmation, Marston said she would honor the request of a transgender plaintiff, defendant or witness who wished to be referred to in accordance with that person’s gender identity.

In her new role, Marston must rule on a request by Penn to dismiss major portions of Doe’s case, including her allegations of negligence and recklessness. Penn maintains those allegations would be more appropriate in a medical-malpractice suit, which Doe hasn’t filed.

Additionally, Doe’s filing asserts that Penn defendants never discussed providing reasonable accommodations for her gender dysphoria. “Defendants have never discussed nor offered reasonable accommodation for Ms. Doe’s disability,” the filing states. “HUP and the other defendants acted with malice and/or reckless indifference, including but not limited to acting with transphobic hatred. After the [medical procedure] incident, Ms. Doe’s gender dysphoria flared up and she experienced difficulty in returning to HUP, her workplace — understandably, given her treatment at the hands of defendants. HUP knew, yet failed to make reasonable accommodations for her, then illegally fired her on June 28, 2018. Ms. Doe could have been reasonably accommodated but for her employer’s lack of good faith.”

Doe is seeking an unspecified amount of damages and a jury trial. As of presstime, Penn’s request to dismiss major portions of Doe’s case remained pending with Marston. Neither side had a comment for this update.