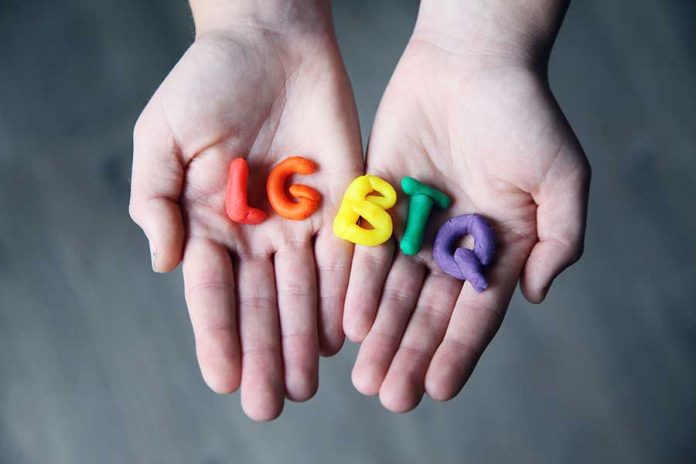 The Academy Award-winning songwriters behind Disney’s “Frozen,” Kristen Anderson-Lopez and husband Bobby Lopez, announced last week that they are working on Universal Pictures’ movie musical adaptation of “The Prince and the Dressmaker,” Jen Wang’s award-winning graphic novel about a genderqueer prince. Although no release date has been announced, it will likely be the first children’s feature film to star a clearly queer character — making this a good time to assess the state of LGBTQ representation in children’s film and television.

Much queer representation in children’s media has felt like too little, too late. The new Disney Pixar film “Onward,” about two teenage elf brothers on a quest to magically reunite with their dead father, includes the studio’s first clearly queer character who speaks, cyclops Police Officer Specter (voiced by actor Lena Waithe, herself a lesbian). She appears only in one scene, though, pulling over a driver who complains about his girlfriend’s children. She comments, “My girlfriend’s daughter got me pulling my hair out.”

Because the character has a name and dialogue, though, her depiction is a step up from the brief moments in Disney Pixar’s 2019 “Toy Story 4,” when a background character is dropped off at school by two moms, then picked up and hugged by them. Some have also argued that the studio’s “Finding Dory” briefly showed a two-mom couple, but the filmmakers refused to confirm it, and lead voice actor Ellen Degeneres, who should know these things, denied it to the Associated Press.

Dreamworks’ 2019 “How to Train Your Dragon 3” did a little better. Blacksmith Gobber, a secondary but important character, clearly admired another male character’s physique in a couple of scenes. The 2014 “How to Train Your Dragon 2” had also hinted at his sexuality with a vague reference to a “reason” he hadn’t married, though that line makes less sense after marriage equality.

The first clear instance of an LGBTQ character in a mainstream children’s film, however, was Universal Pictures’ 2012 “ParaNorman.” Right before the end, we learn that the older brother of the protagonist’s best friend is gay. The point may have been that his gayness didn’t matter as much as the rest of his character, and that’s valid — but it felt like it was played for the surprise factor.

Similarly, Disney’s 2014 live-action feature film “Beauty and the Beast,” which director Bill Condon said would have an “exclusively gay moment,” saved that moment until the very end, when villain LeFou dances with a man for a couple of seconds, in what could also be read as an accidental stumble on the dance floor.

A number of television shows for elementary and middle-grade children, too, have shown same-sex relationships only in the last season or last episode, including “Gravity Falls” (Disney XD), “Good Luck Charlie” (Disney Channel), “My Little Pony: Friendship Is Magic” (Discovery Family), “Adventure Time” (Cartoon Network), “Dawn of the Croods” (Netflix), and “Star vs. the Forces of Evil” (Hulu). And in “Legend of Korra” (Nickelodeon), the revelation of a same-sex relationship in the very last scene of the series was so vague that the creators issued a statement to confirm it.

Netflix’s “Voltron: Legendary Defender” showed a main character, Shiro, with a male fiancée in the penultimate season, but the fiancée died shortly thereafter. Many fans complained that this exemplified the “bury your gays” trope and that the series never authentically developed Shiro’s identity. They weren’t assuaged when Shiro married another man in the series’ very last episode.

Shows for preschoolers, too, are slowly becoming more inclusive. “Chip and Potato” (Netflix), “Pete the Cat” (Amazon), and “Bug Diaries” (Amazon) all have ongoing characters with same-sex parents, and the rainbow-themed school on Chip and Potato has all-gender restrooms. A few others have had queer characters in single episodes, starting with the 2005 Postcards from Buster episode “Sugartime” (PBS), which showed a two-mom family. This episode was denounced by President George W. Bush’s Secretary of Education Margaret Spellings, who asked the producers to return all federal funding. More recently, the 2017 Doc McStuffins episode “The Emergency Plan” (Disney Channel) featured a two-mom family, and the 2019 Arthur episode, “Mr. Ratburn and the Special Someone” (PBS), showed Arthur’s teacher marrying a husband.

The venerable “Sesame Street” has given a few mentions to two-mom and two-dad families in recent years and showed Muppet Grover in a dress in the 2017 song “Anyone Can Play,” about breaking down gender roles. And actor Billy Porter (“Kinky Boots,” “Pose”) will appear as a guest in the upcoming 51st season, wearing a black tuxedo dress, per photos that the show posted to social media. This will be the first season where episodes will debut on the streaming service HBO Max before airing on PBS Kids. Given the Postcards from Buster hullabaloo and the current federal administration, that may unfortunately be the only way the show can both survive and produce queer-inclusive content.

The first and only mainstream television series for very young children that focuses primarily on a family with queer members, however, is Hulu’s “The Bravest Knight,” about a girl learning to be a knight with the help of her two dads. The first season premiered last year; a second has not yet been confirmed.

We need more LGBTQ characters in children’s media for all ages, both as minor characters who are simply part of the world and, more importantly, as protagonists or parents of protagonists, so that viewers can engage with them more fully. Studios should come up with original stories or, like Universal, look to some of the many excellent LGBTQ-inclusive children’s books for ideas. All children will benefit from seeing themselves, their families, and their world more fully represented.