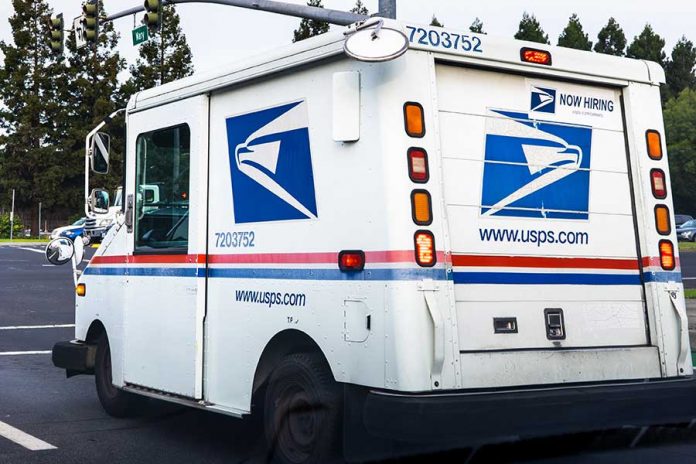 A Lehigh County gay man is speaking out about his firing as a letter carrier for the U.S. Postal Service. He claims he was wrongfully terminated from his job due to his sexual orientation and HIV-positive status.

“John Doe,” 55, worked at the Postal Road branch of the USPS  in Allentown for about 12 years until he was fired in August 2019. In his 60-page lawsuit, filed Dec. 13, Doe alleges that he experienced a hostile work environment throughout much of his tenure there. “I never felt welcome  there,” Doe told PGN recently. “It wasn’t friendly.”

He said the workplace environment worsened about six years ago, after a new team of managers arrived. “It was a hostile, unfriendly, unwelcoming environment,” he said. According to Doe’s lawsuit, in the winter of 2018, a supervisor “bullied Doe harshly by physically grabbing Doe on his forearm in a hard and aggressive manner.”

Doe was told to leave the workplace in April 2019 after he allegedly kicked a co-worker. Doe denies kicking the woman but acknowledges that his foot touched her leg. “No, I didn’t do anything wrong,” he said. “We were standing in a line, and I was just alerting her [with my foot] that I was there. I immediately apologized. I apologized a total of four times, and she accepted my apology.”

Nevertheless, management decided to terminate Doe’s employment, when he was just one year away from early retirement. The National Association of Letter Carriers (NALC), Doe’s union, was of little help, according to Doe.

David J. Napadano, a business agent for the NALC Region 12, said there was nothing he could do to help get Doe reinstated because the local union took the position that his termination was appropriate. “It’s sad,” Napadano told PGN. “I hate to see anyone fired. I feel bad for him. But some people you just can’t help. Sadly, he’s one of them.”

Napadano said Doe allegedly kicked a co-worker as if she were a football, according to eyewitness statements. If the local union had backed Doe, his case for reinstatement could have gone to arbitration, where the national union would have advocated on his behalf.

Doe reiterated that he didn’t kick the woman and maintains that his case should have gone to arbitration. He said colleagues accused of much worse behavior such as spitting on a co-worker or pulling the hair of a co-worker, or poking a co-worker in the eye or being intoxicated on the job weren’t dismissed.

“I was discriminated against due to being a gay man and my HIV-positive status. I was called names and bullied,” Doe continued. “They [management] are not being LGBT-sensitive because they’re fighting me so hard.”

A U.S. Postal Service spokesperson declined to comment for this story, but referred to a previous statement denying that the postal service discriminates against employees on the basis of LGBT status or physical disability, among other categories.

Doe  said he wants to plead his case before a jury. But on Feb. 14 the U.S. Postal Service filed a 62-page brief, urging a federal judge to dismiss the case as meritless. ”It’s clear from this filing we’re in for a fight,” Doe said. Still, he remains optimistic of a favorable jury verdict.

“I think any fair and impartial person will see that I was discriminated against,” Doe continued. “I was actually charged with harassment [for allegedly kicking the woman]. The charges were dismissed by a judge [on Nov. 12].”

According to court records, after Doe’s termination, a former co-worker conveyed to Doe that other co-workers referred to him behind his back as a “sick faggot,” “homo,” “stinky,” and someone who “sucks big dick.”

The former co-worker also conveyed to Doe that the woman whom he allegedly kicked expressed pleasure that the “fruitcake” was fired. Moreover, the former co-worker provided Doe with a text he received from a colleague stating: “If [Doe] wins [his case] I’ll refuse to work near AIDS boy.”

Doe said he’s taking anti-depressants to help him function. He’s very concerned about the lack of a steady paycheck and comprehensive health-care insurance. His annual salary was about $62,000, which he no longer receives. He has a life  partner of more than 20 years who’s helping him get through the ordeal, he added.

“I  have faith in the judicial process,” Doe concluded. “I’m asking to go back to work, but at a different post office. I was a devoted and loyal servant for over 12 years. I enjoyed serving the public. I would like to go back to being a public servant.”

Doe’s attorney, Justin F. Robinette, said he’s optimistic of a favorable jury verdict. “The work environment described by my client is completely unacceptable for an LGBT person,” Robinette told PGN. “We’re confident when jurors hear all the facts they’ll decide in our favor.”

The case has been assigned to U.S. District Judge Joseph F. Leeson Jr. of the Eastern District of Pennsylvania.  A decision regarding the U.S. Postal Service’s request to dismiss the case hadn’t been made, as of presstime.