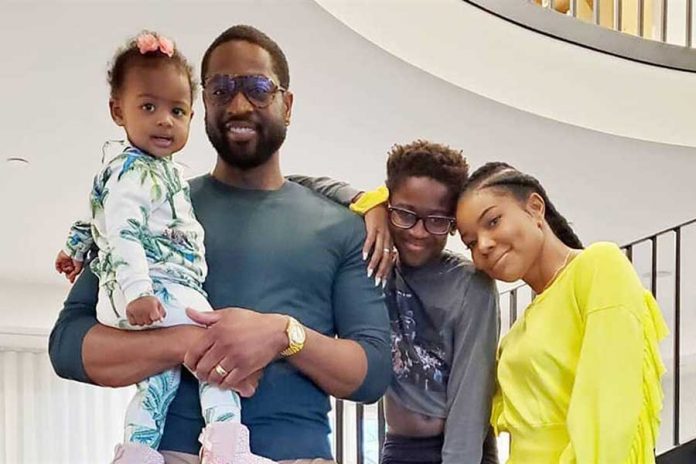 Dwayne Wade’s daughter Zaya recently came out as transgender, though the superstar ex-NBA player said she knew her identity since she was 3-years-old.

In a video posted to Instagram by Gabrielle Union, Dwayne’s wife and co-parent to Zaya, Dwayne and Zaya are seen in a golf cart speaking about Zaya’s gender and what it means to come out.

Zaya said, “Be true to yourself,” adding, “What’s the point of being on this earth if you’re going to try to be someone you’re not? It’s like you’re not even living as yourself.”

Dwayne asked his daughter, “Even if people are being mean? And even when people are getting hurt by it because they’re trying to be themselves, and even through that, you still want people to live their truth?”

Zaya replied, “I know it can get tough, definitely, but I think you push through and you be the best you …. It’s worth it. I feel like It’s very worth it when you reach that point in yourself.”

She added, “You can look in the mirror and say ‘hi’ to yourself, ‘nice to meet you,’ instead of ‘I don’t really know who I am.’ It’s a full identity crisis.”

Union’s post gathered comments of love from the likes of Jordyn Woods, Viola Davis, Jamie Foxx and others. Commentors celebrated Zaya’s intelligence and bravery, as well as Dwayne’s support. But comments of hate were also posted. Hip-hop artists Boosie and Young Thug both wrote transphobic comments on social media. The good news — both received a great deal of backlash.

Both Dwayne and Gabrielle Union have been very supportive of Zaya as she’s come out to the world in a very public way. Dwayne admitted that parenting Zaya offered him his first experience approaching LGBTQ issues in a way that was personal. He acknowledged that Zaya has educated him and Union on trans and LGBQ issues.

Dwayne’s stand for Zaya is important for a plethora of reasons, including moving forward LGBTQ acceptance in professional sports and masculine acceptance of trans women and trans femme folks. But most importantly, his support of Zaya is essential to his daughter’s well-being.

A study by “Pediatric Clinics of North America” suggested “family support and acceptance is associated with greater self-esteem, social support, general health status, less depression, less substance abuse and less suicidal ideation and behaviors among LGBT youth… . Among transgender youth specifically, parental support is protective against depression and associated with having a higher quality of life.”

Supportive parents like Dwayne and Union — parents who do not just accept but celebrate their child — can make a world of difference in a young, trans person’s life.