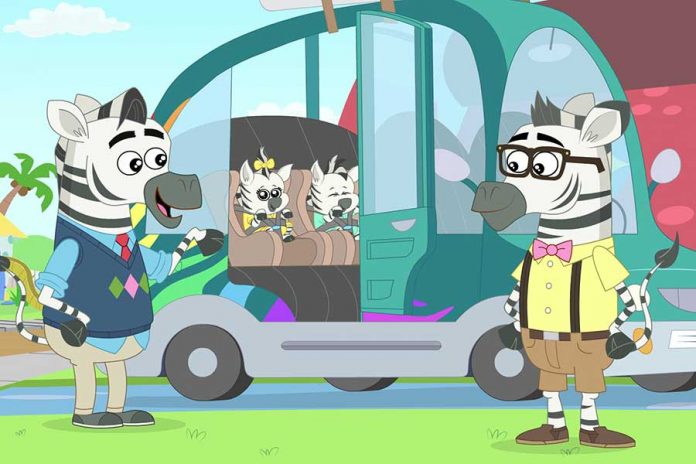 One of the most frequent questions I hear from other LGBTQ parents is “Where can I find LGBTQ-inclusive books, shows and music for my kids?” Here are some recent additions across several different kinds of media — while there still isn’t as much as we need, there might be more than you think.

The 2020 Rainbow Book List is the 12th annual list compiled by the Rainbow Round Table of the American Library Association (ALA), intended to help young people find “quality books with significant and authentic GLBTQ content” and assist librarians in developing their collections. It’s also a great resource for parents and teachers. This year’s list announced Feb. 6, contains 92 recent works of fiction and non-fiction for toddlers through young adults, including 10 picks “of exceptional merit.” Find it (along with previous years’ lists) at glbtrt.ala.org.

More selective are the ALA’s 2020 Stonewall Book Awards for LGBTQ-inclusive children’s and young adult books, part of the Youth Media Awards that also include the prestigious Newbery and Caldecott Medals. This year’s winners, announced January 27, were “When Aiden Became a Brother,” by Kyle Lukoff and illustrated by Kaylani Juanita (Lee & Low), a joyous picture book about a biracial (Black and South Asian) transgender boy awaiting the birth of his new sibling; and “The Black Flamingo,” by Dean Atta (Hodder/Hachette), a young adult story about a gay teen of Greek-Cypriot and Jamaican heritage, whose participation in his university’s Drag Society helps him express himself on multiple levels. Three honor books were also named: “Pet,” by Akwaeke Emezi (Make Me a World/Random House), a young adult fantasy novel about a transgender girl named Jam; “Like a Love Story,” by Abdi Nazemian (Balzer + Bray/Harper Collins), a young adult novel about three teens in New York City in 1989; and “The Best at It,” by Maulik Pancholy (Balzer + Bray/Harper Collins), a middle-grade story about an Indian American boy in Indiana who is trying to assert himself and counter bullies by finding what he is best at.

In the world of music, Grammy-nominee Alastair Moock’s latest children’s album, “Be a Pain: An Album for Young (& Old) Leaders,” aims at inspiring the next generation of leaders and activists in many areas of social justice. Like his 2015, “All Kinds of You and Me,” this new album is LGBTQ inclusive. In “What Is a Leader?” Moock invites listeners to reflect, “Is a leader a man or a woman? Are they LGBTQ? What color would their skin be? Does a leader look like you?” And the titular song, “Be a Pain,” tells of Harvey Milk’s election win despite people telling him, “You can’t, because you’re gay.”

The album features guest spots from a diverse group of musicians, several of whom are queer. Moock himself is the father of a nonbinary child and their twin. He’s now crowdfunding to finish the album but will also use the funds to offer free CDs and enrichment programs for underserved schools. The album, a blend of folk, bluegrass and blues, should be available for pre-sale later this month. Visit moockmusic.com for details.

Season 2 of Netflix’s animated series for preschoolers, “Chip and Potato,” has introduced a two-dad family to its cute anthropomorphic world. The series revolves around the adventures of Chip, a young pug, and her secret friend Potato, a mouse whom Chip pretends is a stuffed animal. In episodes 8 and 10 of season 2, we meet new neighbors Roy and Ray Razzle, two dad zebras, and their baby twins. Chip and her parents treat them just like any other family.

Additionally, Rainbow Forest School, where Chip goes to kindergarten, is decorated with rainbows everywhere, though this feels simply colorful rather than intentionally queer. Notably, though, the two side-by-side restrooms at the school, which appear in the very first episode of season 1, are both marked with identical rainbow-colored circles and the image of a toilet in the center. We see them first as the teacher is taking the students (who appear to be of different genders) on a tour. “And those are the bathrooms you will use!” he declares. I see no other way to interpret that but to view them as all-gender restrooms.

We’re also seeing more clearly queer inclusion in the venerable Sesame Street. Tony and Emmy Award-winning actor Billy Porter (“Kinky Boots,” “Pose”) will appear in an upcoming episode, wearing his lauded black tuxedo dress. Sesame Street, on Jan. 30, posted social media photos of Porter in the dress on the iconic set. The hashtag #Season51 indicated the episode will air in the show’s 51st season this fall, the first season where episodes will debut on the upcoming streaming service HBO Max before airing on PBS Kids.

Sesame Street has included a few brief mentions of same-sex parents in the past several years as well and briefly showed Muppet Grover in a dress in the 2017 song “Anyone Can Play,” about breaking down gender roles. The show has also posted Pride Month messages on social media.

Shows for somewhat older children, like “Steven Universe” and “She-ra and the Princesses of Power,” have included ongoing LGBTQ characters for some time; it is great to see shows for preschoolers also doing so. Other inclusive shows for the very youngest age group include: “The Bravest Knight” (Hulu), about a girl with two dads; “Pete the Cat” (Amazon), whose character Sally Squirrel has two dads, and “Bug Diaries” (Amazon), whose character Worm has two moms.

Is it too much to hope for a Sesame Street Pride Parade in the future?