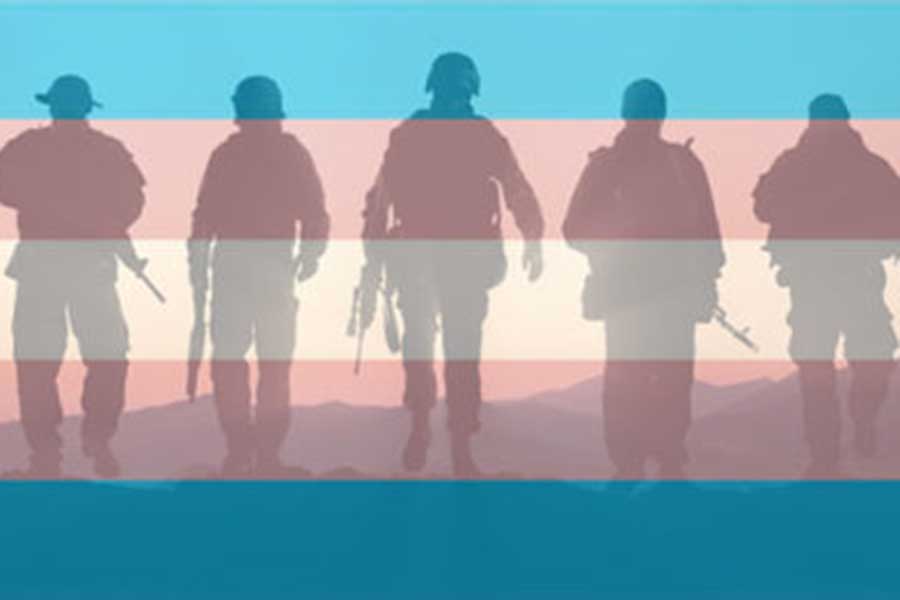 It was the first time in South Korea that an active-duty member has been referred to a military panel to determine whether to end her service due to her operation. South Korea prohibits transgender people from joining the military but has no specific laws on what to do with those who have gender-affirmation surgery during their time in service.

The army said in a statement that it concluded that the soldier’s surgery can be considered as a reason for discharge.

The statement said the decision went through due process and was based on a related military law on personnel changes. Army officials cited the law’s provision that allows the military to discharge a member with physical and mental disabilities.

The non-commissioned officer had a gender-affirmation surgery abroad late last year. The staff sergeant has since been hospitalized at a military-run facility and expressed a desire to continue serving as a woman soldier, according to the army.

South Korea’s state-run human rights watchdog recommended Jan, 21 the army postpone its decision. The National Human Rights Commission said in a statement that referring the soldier to the military panel would be an act of discrimination over sexual identity and affect the soldier’s basic human rights.

Public views on gender issues in South Korea have gradually changed in recent years. Several gay-themed movies and TV dramas have become hits and some transgender entertainers have risen to stardom. However, a strong bias against sexual minorities still runs deep through South Korean society.

Activists say transgender people are likely to face harassment, abuse and insults, and many suffer from depression and have attempted suicide.

Israel signed an agreement with Russia on Jan. 22 that precludes LGBTQ parents from adopting Russian children. While the agreement does not spell this out, it notes that adoptions will be done in line with the laws of both countries. Since in Russia, LGBT parents are barred from adopting children, this will now apply to Israelis seeking to adopt in Russia.

Before the signing of this agreement, Russia was the only country allowing Israelis to adopt children, with the procedure being managed by the Ministry of Social Affairs. In practice, members of the LGBTQ community could not adopt Russian children even before this was formalized. Sources familiar with these issues said that in the past, Israel rejected a demand by Russia that this prohibition be anchored in a formal document. This would have implied that if the law in Russia changed, LGBTQ parents from Israel could have started adopting in Russia.

The signing of the agreement between the two countries after 10 years of negotiations is expected to make it easier and faster for straight couples in Israel to adopt in Russia. It will probably also increase the number of adoptions, according to knowledgeable sources. The new agreement was signed by the Minister for Environmental Protection and Jerusalem Affairs, Zeev Elkin, who also heads an inter-governmental Israel-Russia committee, and senior Russian officials, including several deputy ministers — for foreign affairs, economy, education, labor and welfare — and the deputy heads of Russia’s pension fund and customs. The signature took place on the eve of Russian President Vladimir Putin’s arrival in Israel on Jan. 16 for the World Holocaust Forum.

In 2017,  Israel made a commitment to Russia not to allow same-sex couples to adopt Russian children. State representatives promised to ensure that the Russian family model, which excludes same-sex parents, would be abided by after the adopted children reached Israel. At the request of nonprofit groups that regulate overseas adoptions, representatives of the ministries of justice and social affairs signed documents that were presented to Russian courts, committing to obey Russian laws that prohibit same-sex couples from adopting.

Oz Parvin, chairman of the group Gay Fathers, said in response to the signing: “We’re disappointed by and protest the state’s decision to sign this discriminatory adoption agreement with Russia, knowing that it would deepen the inequality of LGBT community rights in Israel. It’s inconceivable that in 2020 we are not able to benefit from the option of adoption, in addition to the discrimination we face in the surrogacy law, as well as in the overall attitude of the state to parents in the LBGT community. It’s high time that the rights to parenthood apply equally to all Israelis, from all groups and sectors.”

In February 2014, then-Prime Minister Dmitry Medvedev signed an ordinance prohibiting homosexual and lesbian couples, or single people from countries allowing same-sex marriage, from adopting Russian children. The ordinance was meant to prevent people in a same-sex relationship from posing as single to adopt a child. This precluded citizens of France, Canada and Spain from adopting Russian children. Citizens of the United States, in which many states allow same-sex marriage, had been excluded a year earlier.