Jessica M. Johnson discovered her passion for acting on a whim, through taking an elective course in college.

That fortuitous choice started her on a path to becoming one of Philadelphia’s most in-demand actors. The out performer has appeared with many of the city’s most notable companies, including the Arden, Walnut Street Theatre, Quintessence Theatre Group and Philadelphia Artists’ Collective. In 2019, she won a Barrymore Award for her performance in “The Color Purple” at Theatre Horizon.

Johnson’s busy season on the boards began with “Ragtime” at the Arden and continues with a concert presentation of “Little Shop of Horrors,” running Jan. 24-26 at Theatre Horizon. She takes on the iconic role of Audrey, alongside many of her fellow cast members from “The Color Purple.” The three-concert run sold out instantly. Immediately following, she steps into the title role of Angelina Weld Grimké’s “Rachel,” running at Quintessence Jan. 29-Feb. 23. Grimké, a Black queer playwright and journalist, was a fixture of the Harlem Renaissance scene in the early 20th century, and “Rachel” was the first play featuring an all-Black cast to be performed for integrated audiences.

PGN spoke with Johnson about her background as a performer, what attracts her to a role and how she likes to spend her downtime. Some responses have been condensed and edited for clarity.

Can you tell me a little about your background and what led you to a career as a performing artist in Philadelphia?  I’m originally from Virginia, and I stumbled into an acting class for a general education requirement in college. I was the only person who never acted before. We had to do these assignments, and I was hooked. That was it — I was like, “What other classes can I take?” They told me that in order to continue taking any of these classes, I would have to major. So I guess I’m a major now! From there, I started acting in a couple of plays in college, and after school, I got an apprenticeship that brought me to Philadelphia. I’ve been here ever since.

The characters you’ve played in “Little Shop of Horrors” and “The Color Purple” are iconic. How do you approach putting your own spin on familiar material?  I like to think about activating the backstory of these characters — what things about the world around them hold memories, good or bad or indifferent for them. It’s also about finding the specificity of the world around them and the other characters, and knowing those day-to-day interactions that we don’t see on stage, that happen in the years or moments before our existence within the story. For Celie, it was the memories of her and Nettie playing. For Audrey, it would be the many boyfriends and having Seymour as a constant in her life. Looking for those human interactions, connections and relationships is important.

“Rachel,” the play you’re doing next at Quintessence, is not as widely known. What do you think audiences will take away from it when they see it?  With “Rachel,” what I find most exciting is that this is a story written by a queer Black woman a hundred years ago, and it was labeled a race play and a propaganda play that was for audiences to understand the Black experience. I find Rachel interesting because we don’t really get into much about her sexuality — we are really exploring her identity in a world that tells her that being a wife and mother is the way to go. We are watching a woman really grapple with how the system really fails Black and Brown bodies and having to turn over in her mind these experiences and make a choice for herself. I feel like this is what I’m hungry for in 2020, so I can only imagine what it was like in 1915, when the play is set.

Your résumé spans everything from musical theater to classical drama and contemporary plays. What attracts you to a project?  I like a challenge. I like to identify what’s a new thing I can learn through the process. How can I become better? I fear becoming stagnant and just doing the same thing over and over again. I didn’t do anything with music until “The Color Purple.” It was exciting because now, coming into something with heightened language, or a dramatic role, everything pops a little differently. You hear the world in a different way — the musicality of the language stands out in a way that it didn’t prior to doing musicals. I guess what I’m saying is that whenever I take on some new role, I’m excited for what’s new, but I’m constantly surprised and motivated by what I’m bringing in with me, in terms of previous experiences.

What do you like to do when you’re not performing?  That’s a great question. I gotta say, I’m still trying to figure that one out, because I’m a bit of a workaholic. If it’s just cold and rainy or a very quiet day, I’m about turning on Netflix and doing things around the house, or reading a book. If the weather is nice, I like to be out and about. I’m an introverted but social person, so I love being around groups of people. I love hanging out with castmates from past productions — especially “The Color Purple.” They’re like family to me. We try and get together as much as we can. I love taking day trips. And honestly, just people-watching. 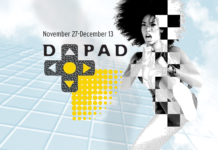