The worlds of fashion and activism sometimes meet when circumstances allow, and if Philadelphia-based activist Julian Domanico had his way, those two worlds would intertwine more often.

Domanico recently signed with Reinhard, one of Philadelphia’s leading fashion, advertising and acting agencies, and BMG Models in NYC.

He said while he had some experience in the past, modeling wasn’t something he expected to be doing now.

“I just fell into it,” Domanico said of his rather abrupt entry into the business. “I had done a fashion show in college when I was 22. Now being 29, I was just focusing on my advocacy and working in the city. I was at a party over the summer in early June, and I met a booker. She told me to come into the office, and Reinhard picked me up on the spot.”

Modeling is an interesting addition to the day-to-day life of Domanico, who already seems to overflow with community service and activism. Seriously, the number of organizations and causes he supports makes most of us seem lazy by comparison.

Domanico is the Democratic Committee Person for the gayborhood (Ward 5, Division 11), works with the mayor’s office as a policy advisor on millennial issues and is on the board of directors for Delaware Valley Legacy Fund (DVLF). He is also on the board of EarthEd, an urban education nonprofit run by youth under the age of 21, and he worked with Action Wellness for “a little over five years.”

In addition, “I kind of emotionally support an individual who is 55 now, and he’s half-paralyzed from a stroke … I just give him positive outings, listen to him and write monthly reports back to his social worker and case managers to show him that he is cared for and supported, and, despite the challenges he’s experienced, that he is still valued. I also have a job. I manage eight after-school programs for at-risk youths. That’s a 20-29 hour a week job that I manage the community outreach for,” said Domanico

While he’s still relatively new to the modeling world, Domanico expressed that he is always on the lookout for opportunities to heighten the potential of his activism with his newfound visibility. After only four months of modeling professionally, Domanico hopes to show that inclusivity is “in” regardless of the profession.

“Being an LGBTQ person and a person of color and being an individual who is a little bit older than you would typically think would enter into the modeling profession — those are all strengths rather than detriments. I’m trying to find a way to speak about things I care about in my work and my modeling endeavors because it humanizes me and make me seem more relatable or someone that cares about something other than taking a pretty picture.”

Overall, he has received positive feedback from people who “most of the time” don’t know anything about his advocacy work.

“It’s given me other opportunities to photograph with some new people who care about social justice,” he said. “It’s been rewarding, so I’m just going to continue to use that as a platform rather than solely a vanity project.”

For more information on Julian Domanico, visit http://reinhardagency.com/divisions/models-fashion-men/portfolios/julian-domanico or https://instagram.com/julian_domanico/?hl=en. 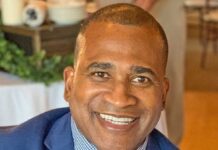 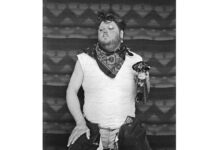 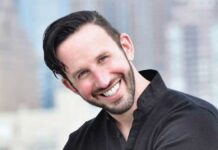