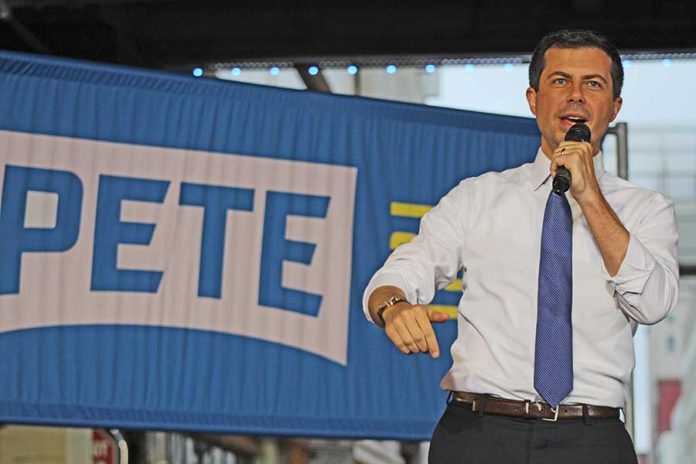 Mayor Pete’s campaign for the Democratic nomination for president certainly is the surprise of this election cycle.  He’s riding an amazing wave, which in some polls has him winning the first contest of the season, the Iowa Caucus on Feb. 3.  His candidacy shines a bright light on our community since he’s an out gay man. Whether he wins or loses, his campaign is victorious for LGBT people, as it brings visibility.

I thought it might be good to look back and see where our community has been on that visibility chart over the years.

The first time “gay and lesbian rights” were brought up in a presidential campaign was 1976, and the first President to speak on the subject was the winner of that election, President Jimmy Carter.

He was the first president to address LGBT issues by following in the footsteps of one of his challengers for the nomination, Pennsylvania Governor Milton Shapp. Shapp appointed the first  government panel in the nation to look into LGBT issues, his “Governor’s Council for Sexual Minorities.” Jimmy Carter used that example and appointed Midge Costanza, a lifelong gay rights activist, as a presidential advisor.

When Jimmy Carter was challenged by Sen. Ted Kennedy for the nomination, Kennedy became the first major candidate for president to be interviewed by LGBT media, this same publication.

Then things changed for the worse with the election of Ronald Reagan. He not only didn’t recognize our community, but he allowed us to die by not recognizing AIDS when it first appeared. George H.W. Bush followed in Reagan’s shoes.

Then a spot of sunshine. Bill Clinton openly supported LGBT rights and even campaigned in our community.  But he folded to Republicans with The Defense of Marriage Act and Don’t ask, don’t tell. Still, he was the first president to hire OUT LGBT people in his administration.

Then came the dark days of George W. Bush. His re-election campaign actually attempted to convince as many states as possible to put marriage equality on the ballot to get conservatives to the polls.  His echo of “marriage is between one man and one woman” can still be heard today.

Then there was the campaign between Hillary Clinton and Barack Obama for the Democratic nomination in 2008. Both were interviewed in these pages. There is no doubt that President Obama has been the best president to date on LGBT issues.

Now the dark days of Donald Trump tearing down all gains made under the Obama administration.

One thing to note. This newspaper, along with other LGBT media, has always offered the Republican candidates equal access to our pages, but none accepted the invitation. We seem to be invisible to them.