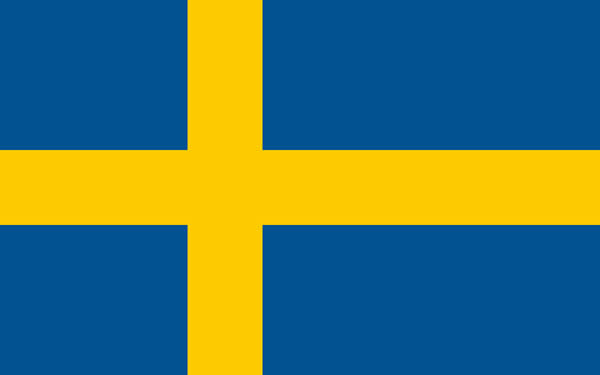 The Swedish government is investing the equivalent of $175,000 to fund drag queen story hour shows for children and those with disabilities.

The investment will come from the Swedish Inheritance Fund, a state body that manages the inheritance money of Swedes who die without a written will and next of kin.

The funds will be given primarily to Kulturföreningen Mums, a politically independent association in Stockholm that aims to broaden Sweden’s cultural offerings with a special focus on LGBT+ issues, diversity and equality.

“The project will, together with children, young people and adults with disabilities, develop available normative creative fairy tales in the form of drag shows,” said Sweden’s General Heritage Foundation. “Together with the target group and several organizations, the established business Among Dragons and Drag Queens will create new fairy tales that reflect the target group.”

The initiative will promote projects “based on the needs and wishes of the target group,” which includes drag show workshops based around drag queens reading storybooks to children in libraries.

Hundreds of far-right protesters clashed with filmgoers and police at the Georgian premiere of “And Then We Danced,” an Oscar-nominated film that celebrates gay love.

Set and filmed in Georgia’s capital, Tbilisi, “And Then We Danced” is the country’s first LGBT+ film, starring a gay dancer who is coming to terms with his sexuality.

The Swedish-Georgian movie has attracted strong backlash from the Georgian Orthodox Church as well the country’s ultra-conservative groups, which have described it as “revolting.”

Several hundred protesters staged a furious demonstration outside Tbilisi’s Amirani Cinema on Nov. 8, attempting to storm the theatre to stop the film being shown.

Riot police were deployed to protect the venue as anti-gay activists threw rocks and firecrackers. They were heard chanting “Long live Georgia!” and “Shame!” at filmgoers while an Orthodox priest recited prayers over a burning Pride flag.

Local LGBT+ activist Ana Subeliani was among those injured during the protest. In a Facebook post, she claimed, “police did nothing” as she and her friends “were severely beaten and threatened.” Images of her bleeding and in an ambulance circulated on social media.

World-famous gay penguin dads Sphen and Magic have announced to the world that they’re trying for a new baby.

Residents of the Sydney Aquarium, the penguin couple won international attention in 2018 for their adoption of a fertilized egg, graciously provided, of course, by aquarium staff. Together they hatched a chick, named Sphengic in a “Brangelina”-style mash-up of couple’s two names.

Now that Sphengic is a year old, the two are trying for a second child.

Tish Hannan, who supervises the aquarium’s penguin colony, said in a statement: “They have the neatest and largest nest in the colony and when we noticed that another couple were struggling to incubate two eggs at the same time, we made the decision to foster the second egg to the power couple of the colony.”

She added that Sphengic “had an excellent start to life under their care and while she’s still a bundle of energy and very loud, she’s matured nicely but still quite unsure as to what all the adults are doing this breeding season.”

Aquarium employees decided to give Sphen and Magic a second egg when they noticed the couple making a nest (called a “clutch” for penguins) right in time for mating season. While it’s uncertain whether the egg is fertilized, the penguins have begun sharing the rotation of keeping it warm.

Penguins are among the most well-documented examples of homosexuality found in the animal kingdom; couples appear to mate spontaneously, bond, take possession of fertilized eggs and rear a chick together. There are dozens of same-sex penguin couples in zoos and aquariums all over the world, many of which have previously made headlines, including Rory and Silo from New York’s Central Park Zoo, who became the subject of the children’s book “And Tango Makes Three.”