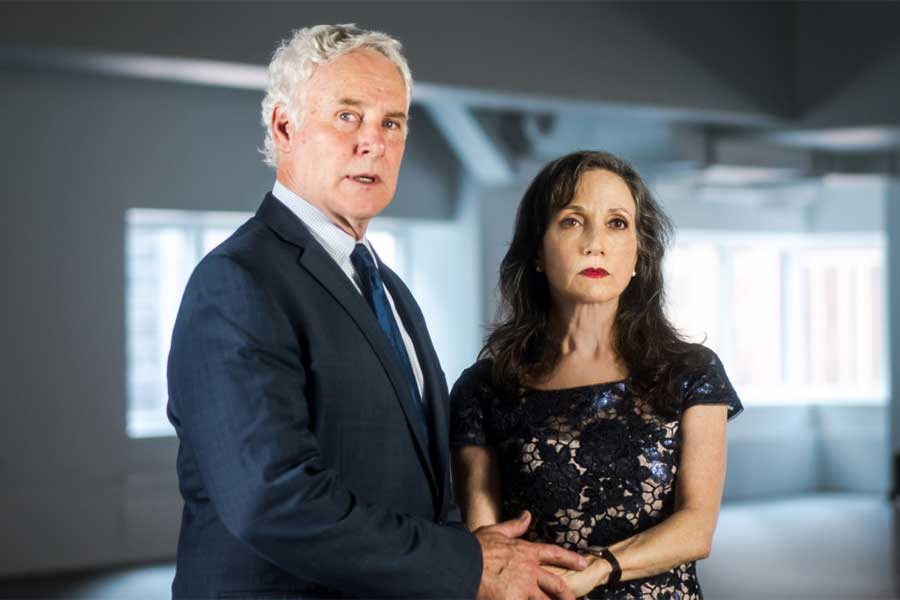 Tony Award-winning stage and screen actress, Bebe Neuwirth (“A Chorus Line,” “Chicago,” “Cheers” and “Frasier”) is coming to the stage in Philadelphia to star in Philadelphia Theatre Company’s season opener, “A Small Fire,” through Nov. 10.

Written by out Canadian playwright, Adam Bock, the play follows Emily Bridges, a woman accustomed to running everything from her construction business to her family.  When she suddenly and mysteriously starts losing her senses, one by one, her relationships shift in revelatory ways.

PGN talked to Neuwirth about her new role’s challenges and what it means to take on a character like this.

PGN: What attracted you to this particular play and character?

BN: This play is so well written. I read it, and I just thought it was exquisite. It’s a wonderful role. On the surface, it’s simple, but the character has a complicated, interesting and nuanced life. It’s everything. It’s a beautifully written play.

PGN: It sounds like this play is dramatic, but I understand there are some light-hearted and humorous moments to the story as well.

BN: It’s definitely heartfelt. That sometimes implies something sappy. It’s a very emotional play. There’s humor in it, but it’s no slapstick. No one gets a pie in the face. I would not call this a comedy at all. The humor happens in the best way because some of these people have a good sense of humor, and they talk to each other. Just don’t come expecting a big old comedy and don’t come thinking you’re coming to an incredibly dark, dark piece. It’s a very beautiful piece about normal people with the normal relationships that they have. But it happens on stage, and it’s quite theatrical in its simplicity and with the seriousness of what’s happening with my character.

PGN: As an actress, your craft relies heavily on your senses. Is it challenging to play a character that is losing all of hers?

BN: It’s very interesting because what actors do — at least I was taught — is to put attention on the other person and play the relationship. You listen and respond and take in their behavior. I can’t look at my fellow actors, and if I see them, I have to ignore their behavior. That goes against what I’m taught and what is my natural instinct. When she loses her sight, I have to rely on hearing. Then she loses that, so it’s very peculiar and interesting to try to do that. I want it to look real for the audience. I don’t want the audience to see an actress acting like she can’t see or hear. I want them to see someone who actually can’t. I keep asking my director to let me know if that “looked real.” I don’t want it to look like a caricature for many reasons.

PGN: All excellent theater productions speak to the hopes, concerns and fears of the audience. What issues does this story address in the minds of people who see it?

BN: Each member of the audience will have a different experience because of the very thing that you say. They have their own hopes, fears and feelings. We all do that. We bring our life to the seat in the house when we go see a show or listen to a concert or watch a ballet. What we see has to do with who we are. I just hope that whatever their experience is, they will be able to take it in. This is not a shallow piece of theater, and so I hope they don’t have a shallow experience. There’s great love in this piece. There’s great empathy and compassion in this piece. There’s quite a lot in it. The audience is the other character in the play, not to say that we break the fourth wall. There’s an energetic exchange between the audience and the performers, and I hope the audience is game.

PGN: What do you look for when considering a new character to inhabit?

BN: The first thing is great writing. If it’s not well written but a great story, you think, “Oh, it deserves better writing.” So this is a perfect example of a fascinating story beautifully told by the playwright. And then there’s also, can I play that character? There have been times I’ve seen a script and thought, “Well this is great, but I don’t think I’m the person for it. I could do it, but I couldn’t do it justice.”

PGN: You’ve been a part of two iconic TV shows. Do you have any feelings about the TV-revival trend and what you would do if your shows were slated to come back?

BN: I think we’re going to have to be very careful if you’re going to go back and do it again. I understand the desire because it was a sad day when “The Mary Tyler Moore Show” ended. It was a sad day when “Golden Girls” ended. These were great shows, so you think, “I wish I could have more of that.” But if you’re going to do it again, the bar has been set so high. So I feel like don’t do it unless you’re going to be able to do it in the same spirit as before. I absolutely understand the desire to go back and revisit the “Cheers” bar again. But you have to be very, very careful. Some of those shows happened at a certain time, and so it might not make sense. Certainly, there are timeless themes from those shows, but the setting and some of the stories just don’t happen 20 years later. In terms of “Cheers” and “Frasier,” there was a lot of chatter about continuing Frasier’s life in a new sitcom. In terms of that, I have such faith in Kelsey [Grammer] ‘s taste in literature and writing and creating shows. With “Frasier,” they knew when they spun that character off, they couldn’t have Frasier be the same guy he was in the Boston bar. They moved him on in his life, and his character evolved. His relationship with Lilith evolved over time. I believe if Kelsey were to go back and play that part again, he would have the character evolve and would continue to have the greatest writers and producers like he did on Frasier.