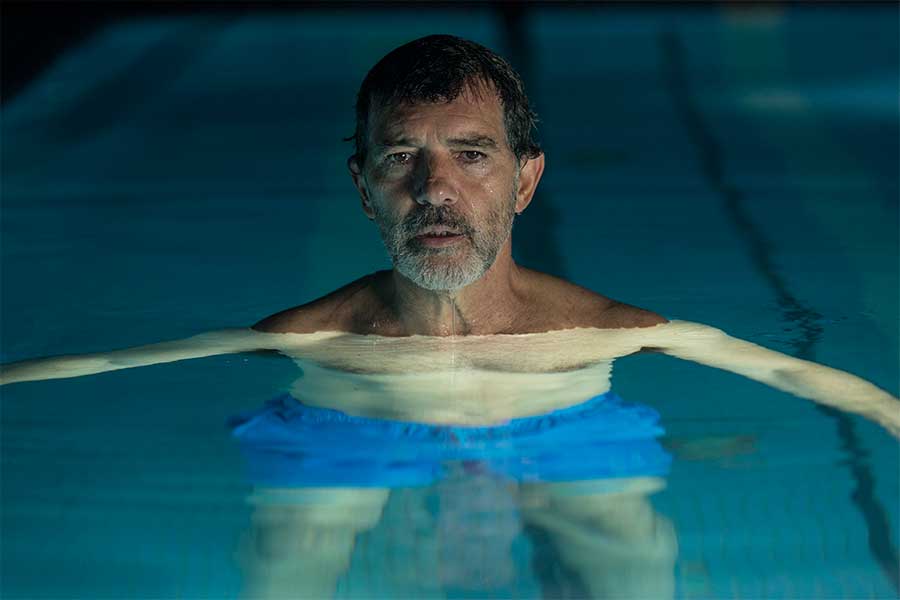 “Pain and Glory” is out gay filmmaker Pedro Almodóvar’s elegiac autofiction, a tribute to both his filmmaking career and his star, Antonio Banderas. This tender drama, opening Oct. 18 at the Landmark Ritz Five, is concerned with reconciliation and forgiveness. It is the eighth collaboration between the filmmaker and the actor, and easily their best.

The film opens with Salvador Mallo (Banderas) underwater. The haunting image — Salvador sports a scar on his back — provides a link to a memory from his childhood of his mother (Penélope Cruz) by a river, washing sheets and singing. It is a lovely scene that shows the bond between mother and child. Another scene — triggered by the sense memory of a piano — shows that Salvador was a soloist in his church school choir.

The adult Salvador may be thinking about these happier times in his life because at present he is blocked. Unable to make films, he has self-imposed his retirement. One of the factors has been his health. Salvador suffers from agonizing back pain as well as tinnitus, migraines, choking, along with anxiety and depression.

So, when Salvador is asked to do a post-screening Q&A after one of his early, successful films, with Alberto (Asier Etxeandia), the star he had a falling out with 32 years ago, he reluctantly reconnects with his actor. Their encounter includes Alberto introducing Salvador to heroin. The filmmaker soon starts using the drug to manage his back pain and escape from his despair.

As the men start seeing each other regularly, a truth-telling moment drives a wedge between them again. However, as an apology, Salvador gives Alberto a theatre project he desired — a one-man confessional monologue that is a thinly-veiled account of Salvador’s life. It is at a performance of the show that Alberto meets Federico (Leonardo Sbaraglia), Salvador’s ex, and coordinates a reunion between the former lovers.

That scene, a fabulous exchange about life, family and desire, is the centerpiece of “Pain and Glory,” and the affection between Salvador and Federico is palpable. When the two men kiss, it is quite passionate. But the emotional toll that seeing Federico has on Salvador is also quite tangible. Part of this is because of Banderas’s magnificent performance. He justly won the Best Actor prize at Cannes this year. His expressions throughout the film barely mask the heartbreak he feels. But watch his eyes during a visit to a doctor or how he winces getting in or out of a taxi. This pain is as psychological as it is physical.

To flesh out Salvador’s character, Almodóvar threads episodes from Salvador’s childhood throughout the film. These scenes focus on the young boy’s unspoken attraction to Eduardo (César Vicente), a handsome but illiterate builder who lives in the area where Salvador’s family has moved. (It is nicknamed “the cave,” as it is an underground dwelling).

As Salvador teaches Eduardo to write, an intimacy develops between them, however, the sexual tension never feels prurient, immoral, or improper, even when Salvador sees Eduardo naked. Almodóvar shrewdly teases out this scene to create a highly poignant moment later in the film — one that follows Salvador reconciling his relationship with his aging mother (Julieta Serrano) in the third act of “Pain and Glory.”

These mother-son exchanges are among the film’s most delicate and impactful because of how their relationship has been portrayed over the course of the film. These scenes also provide Salvador with arguably his greatest emotional pain. But Almodóvar resists melodrama or sentiment, and this is why his film is so affecting.

The filmmaker seems to be in top form here, not just in calibrating the story and performances, but also in how he employs his trademark visual style. Yes, there are deep reds in almost every scene, with vibrant tomato cabinets, and gorgeous red backdrops — such as in Alberto’s stage performance. But there are also vivid yellows, greens and blues. Almodóvar creates a tone through his use of color like no other filmmaker, and he is working at the height of his powers here. Likewise, he employs flashbacks and dreams to comment on the action and psychology of the characters, but he thankfully never gets too lost in the story-within-the-story. Almodóvar is being serious and reflective here, exercising a restraint that keeps the film from veering off into the fantastic or entering the realm of camp. His elegant approach makes the film more touching.

Salvador is a sympathetic character whose coming to terms with his past resonates. “Pain and Glory” generates tremendous emotion as it unfolds. This is an exceptional film by a mature director who taps into his own pain in ways that create great art. His efforts are buoyed by Banderas’s fantastic performance which captures that magic. 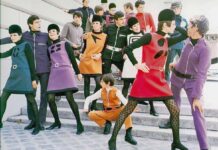