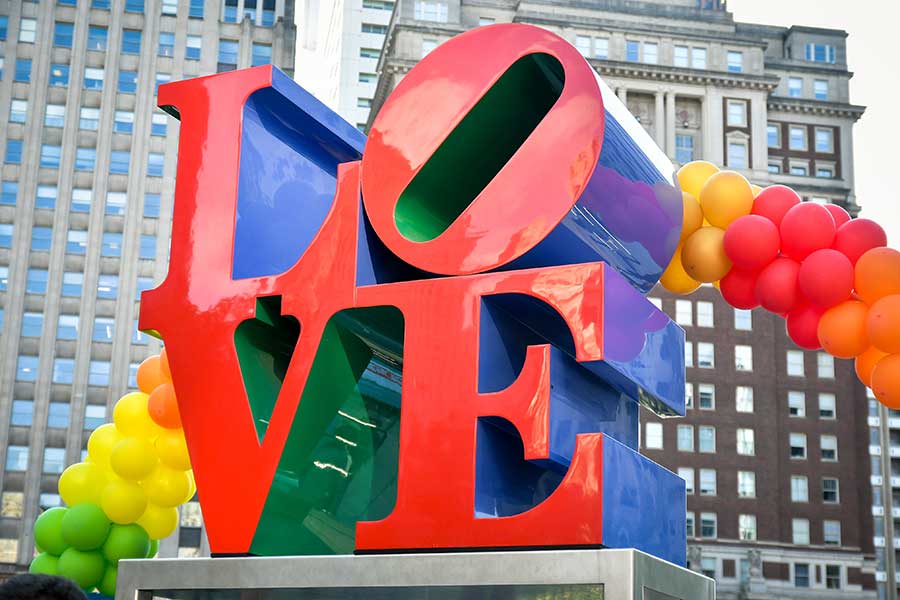 “We look to see who’s been more than just out and proud about who they are,” said Franny Price, executive director of Philly Pride Presents (PPP). “We want to make sure that people get recognized who traditionally don’t.”

This year’s award winners are:

Skiba, a man of many, many hats, curates the Wilcox Archives at the William Way LGBTQ Community Center, co-authored the history book “Lost Philadelphia,” maintains the blog Gayborhood Guru, teaches ballroom dance and also serves as President of the Association of Philadelphia Tour Guides.

“He really doesn’t get the credit he deserves for doing all that hard work,” said Price. “And God bless him, because he keeps us up to date on our history.”

While PPP’s Board of Directors nominates the award winners, the Attic Youth Center traditionally chooses the OutStanding Youth honoree. Hazzard, this year’s winner, is a 19-year-old self-published poet and author. His writing considers the weighty themes of abuse and forgiveness, anxiety and depression, self-harm and regret.

“Writing is the only way we can make things the way we want them to be,” Hazzard wrote in his portfolio bio.

Von Moi, a medical researcher at the University of Pennsylvania, is a celebrated fixture in Philadelphia’s drag and theater scenes. Highlighted by G Philly’s LGBT Six-Word Memoir Project, Von Moi’s submission reads, “I put the fear in fierce.”

“Here’s another person who has been active for years and years and years in our community, but has not yet been recognized publicly for all the work that she does,” said Price.

Married couple Carpenter and Palmer have long devoted themselves to the legal protection of the LGBTQ community. Together, they’ve worked at the free legal services program for LGBTQ families that Palmer launched in 1998. In 2003, Palmer founded the law firm Jerner & Palmer, P.C. where she advocates for the rights of LGBTQ parents. In 2008, Carpenter joined the faculty at Temple University Beasley School of Law, where she also advises the student OUTLaw group.

In May, Palmer won the Democratic Party’s nomination for Judge of the Court of Common Pleas.

The couple first met at OutFest in 1998.

Rice, winner of the award memorializing the rainbow flag creator Gilbert Baker, is a Philadelphia transplant embedded in the community. A hotelier, he serves as general manager of the Cambria, as well as on the advisory boards for PHL Diversity and Avenue of the Arts, and the boards of directors for Greater Philadelphia Hispanic Chamber of Commerce and Independence Business Alliance.

“When he came to Philly, he became an almost instant activist,” said Price. “He physically attends everything, little or big.”

Rounding out the honorees are the dual-winners for Friend of Pride, an award celebrating openly proud allies of the LGBTQ community. Good Day Philadelphia anchors Holley and Jerrick take this year’s honors for their on-air support

“They’re not afraid to be public that they’re friends to the LGBT community. They’ve had so many LGBT people on their morning show, speaking on different issues. They always get the pronouns and the language right. They make sure they’ve done their homework,” said Price.

The OutProud Awards will be presented on OutFest’s main stage at 2 p.m., Oct. 13.