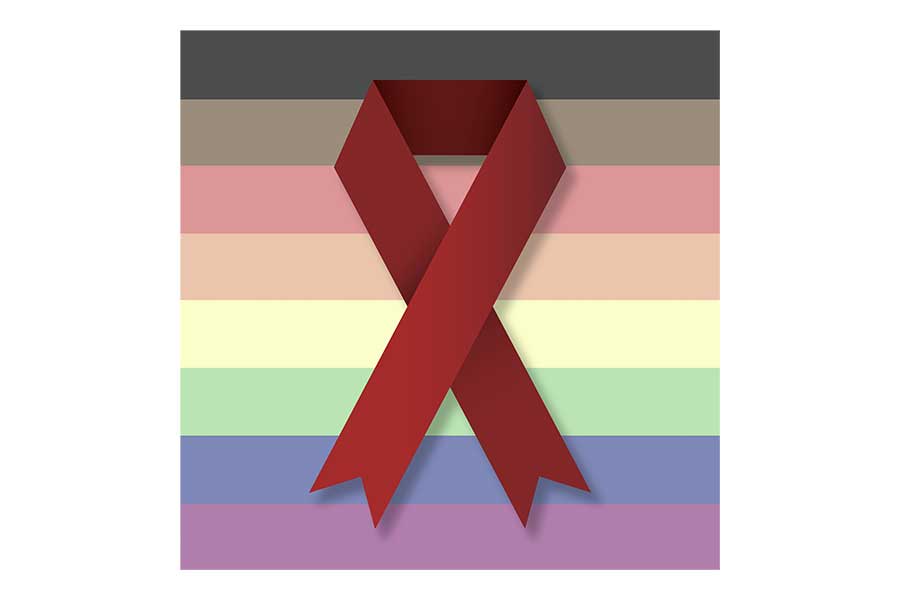 When Antar Bush, the former Health Education Coordinator for the AIDS Activities Coordinating Office (AACO), wrote an open letter addressing the state of Philadelphia’s HIV epidemic, it was with these statistics and the city’s failure to develop responsive programming in mind.

“I still go to funerals of some of these young trans and gay men who are very young, and I just want [AACO] to understand that this data has real meaning,” said Bush.

“What really galvanized it is when I asked to speak to Thomas Farley who is our health commissioner about HIV programming in the city. He told me and I quote, ‘I don’t want to get involved in that,’” said Bush.

In his AACO role, Bush worked to prevent HIV contractions among at-risk LGBTQ youth. However, he said his ideas to refresh programs, like using social media to push information to high-risk groups, like people of color, were often dismissed.

Bush, who’d worked for AACO for four years before being laid off began drafting an open letter, which he sent out on his last day. DPH did not return a request for comment regarding Bush’s treatment at AACO.

Since Bush’s letter was released, the city has launched a sexual health campaign titled “Test, Love, Repeat,” which urges Philadelphians, particularly younger ones, to get themselves tested for HIV.

The city says it plans to promote the public awareness campaign at neighborhood hot spots: barbershops, hair and nail salons and laundromats. The campaign will also be promoted via social media.

“Test, Love, Repeat,” is the second part of the dual-phase initiative, “Philly Keep on Loving.” Phase one pushed information on the HIV-prevention medication pre-exposure prophylaxis (PrEP).

Bush said the city’s initiatives are too far behind.

“PReP has been out since 2012, and The Department of Health just put out a campaign for PrEP this year in 2019. And they celebrated, and they had big parties. And I’m thinking to myself the whole time,’You do know it’s been seven years?’” said Bush.

For Bush, the only way to improve is an overhaul of the officials making the decisions.

“It’s not that they don’t understand the epidemic at AACO, it’s that they don’t know how to reach these poor, underprivileged communities, these pockets of poverty in Philadelphia, to get them the care, the services that they need,” said Bush.

DPH Press Officer James Garrow said that though the “Test, Love, Repeat,” campaign is scheduled to run citywide, the city is placing a special focus on areas with higher HIV rates.

“The AIDS department in Philadelphia is built on the backs of Black and Brown gay men and trans women. There are 7,000 statistically in the city. So, if I get 3,500 signatures, someone’s going to have to listen to me,” said Bush.

In its early stages, his campaign has 42 signatures, but Bush said he plans to push the petition this Friday.

“I know where to get the signatures, because I know where Black LGBT folks are…so that’s where I’m going,” said Bush.

Correction: A previous version of this article incorrectly implied Antar Bush left his job with AACO; however, in subsequent communication, he said he was “laid off.”