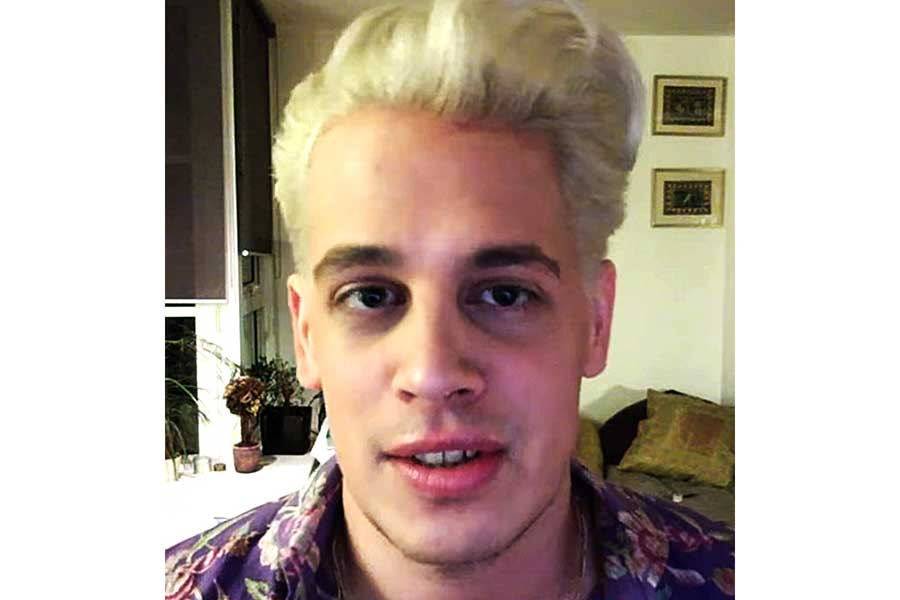 First Twitter came for Milo Yiannopoulos, and I did not speak out because I was not a racist.

Then Facebook came for Milo Yiannopoulos, and I did not speak out because I was not a misogynist.

Then Yiannopoulos was broke, and I did not speak out because seriously, f–k that guy.

In case you didn’t hear, right-wing gay-provocateur Yiannopoulos is having a sad because he’s been booted off of the biggest social media platforms because of his hateful, terrible self. It only took years, but Twitter and then Facebook slowly began to realize, “Hey, we’re for-profit companies, and we don’t have to let people use our platform to incite hatred and violence against marginalized groups of people.”

Honestly, it’s too little too late (Twitter is Trump’s hate-screed podium, after all), but I can’t say I’m sad that folks like Yiannopoulos are finding it harder to spread their disgusting message far and wide online.

But, like I said, Yiannopoulos is sad, and that’s good.

According to Vice, Yiannopoulos has taken to Telegram, an app that has apparently become a dumping ground for right-wing hater mongers rejected by bigger platforms, to complain that he just can’t make a living these days and it’s so unfair.

According to Vice, Yiannopoulos had 400,000 followers on Twitter but has just 19,000 on Telegram, which Yiannopoulos called “a wasteland.”

“I spent years growing and developing and investing in my fan base and they just took it away in a flash,” he bemoaned on Telegram.

It’s true. He did spend years growing his “fan base,” and I mean base in the, well, basest sense. And I suppose, technically, they did take it away, in that they — Twitter, Facebook — told him he couldn’t use their stage for his one-man hate show anymore. But, really, he begged them to do it, violating their terms over and over again. You’ll remember that Twitter said, “Boy, bye,” after his racist hatefest against actress Leslie Jones.

But if you listen to him, it’s like he got de-platformed because he dared to wear a MAGA hat. In reality, Yiannopoulos has worked very hard to alienate as many people as possible. He was just the grand marshal in the so-called Straight Pride parade, giving the event a hint of legitimacy since he, a gay man, was associated with it. Though one wonders if the people in charge of the parade were familiar with his public argument in favor of pedophilia (shrug emoji).

In short, he’s not very popular right now. But he’s still got a following.

“It’s nice to have a little private chat with my gold star homies,” he wrote on Telegram. See? Yiannopoulos still appreciates the people who are still listening.

Or not. “But I can’t make a career out of a handful of people like that,” he continued. “I can’t put food on the table this way.”

Aww, he can’t make a “career” as a troll anymore. Sad. Also, like anyone believes he eats at a table. He takes all of his meals in his crypt.

But wait, what about these people being his “gold star homies?”

“Holy fucking hell the base in America SUCKS,” Yiannopoulos said according to VICE.

Huh. I guess the gold standard really is bullshit.

“Frankly they deserve to lose their country,” he continued, “and if by some miracle we manage to save it, it’ll be no thanks whatsoever to voters, readers, subscribers and ENTIRELY thanks to the few brave souls battling on the front lines, beyond all reason and hope.”

In other words, it’s all up to Milo to save us all from ourselves. You know, I remember when somebody else said, “I alone can fix it,” and that dude is currently fucking up this country. No wonder Milo is such a fan.

Yiannopoulos complained about various other social media platforms while on Telegram, including Gab and Parler, basically saying that nothing comes close to Twitter or Facebook.

“Unless something monumental changes,” he warns, “we are just going to be driven off the internet forever.”

Lord knows the Trump presidency has felt like an eternity to the majority of us who didn’t vote for him, so honestly forever can’t come soon enough.

The bottom line is, Yiannopoulos has worked very hard to be one of the best-known trolls out there. But, in the end, he shouldn’t be surprised to find himself where trolls belong: all alone and under a bridge badgering passersby for spare change.