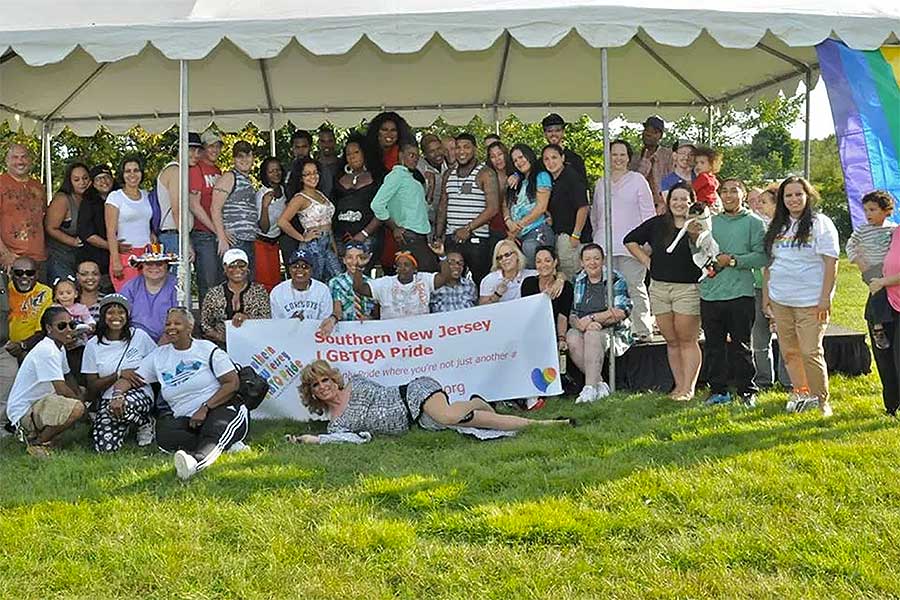 “Everyone kept saying they’re not used to everyone being so nice,” said Cox.

The late-summer sunshine enhanced the festival’s warmth. Every year Cox puts great effort into curating a come-one-come-all atmosphere, and this year, she invested in Facebook marketing using promotional photographs to highlight diversity.

“That’s something I work very hard at — to make sure everyone feels welcome,” said Cox.

Food truck favorites like Potato Patoto, a tater tot dispensary and peach-pie purveyor, Yours Exclusively Desserts, lined the river bed beside vendor tents like Seizure Dogs, a nonprofit that trains service dogs to aid those with epilepsy. Investment bank Morgan Stanley, AT&T and the Human Rights Campaign were all first-time vendors.

The event also kicked off Cox’s annual anti-bullying campaign that runs through December.

Now in its fifth year, the Comcast-sponsored campaign, which coincides with the start of the school year, shares resources, personal stories and videos to raise awareness about the effects of bullying on the LGBTQ-plus community.

Entertainers Miss Theresa, Queen of New Jersey, a drag queen and plus-size pageant host and Michelle Tomko, an Atlantic City comedian, took the stage as part of the campaign, sharing what Cox called down-to-earth stories about their experiences.

This year, Frenchie Davis starred in a promotional video where she shared her struggles with bullying as an adult. Cox said the out performer reflected on negativity in her 2003 American Idol run and her experiences with body shaming.

“That’s what I want people to hear. I want them to hear real stories. I don’t necessarily want to keep concentrating on prevention, prevention, prevention, because we can’t control people. So, you need to be able to control yourself in a manner where you know how to handle the situation. And you do that through dialogue, through people telling their stories and what they’ve been through,” said Cox.

Cox said the decision to launch the anti-bullying campaign, which now includes a hotline and resource listing by county, came after she took a look at her behavior.

The organizer said she had been using her social media influence to call out businesses for unacceptable behavior — for example, Cox recalled an anniversary date that became a racist incident.

“I’m not sure if it was me who did it, but the restaurant closed not too long after I did a post. I’m sure they were on their way out, but it was a really bad incident. And after that, I was just like I need to really sit back and think about how I am affecting people’s lives,” said Cox.