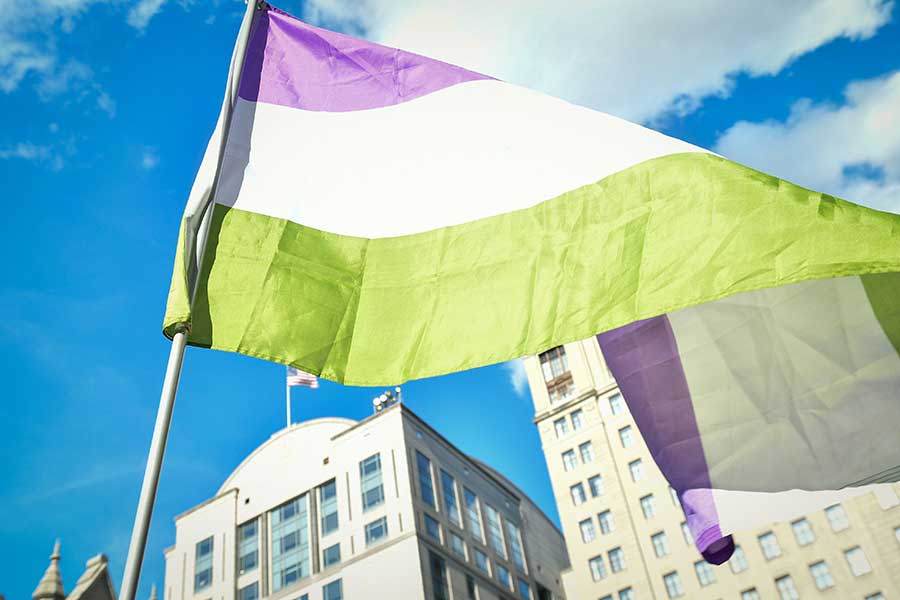 In July, the Pennsylvania Department of Transportation said it would offer a gender designation of “X” on driver’s licenses beginning in 2020, joining 13 other states that have made the same decision.

“If we want to change [state definitions] to gender instead of sex, then that’s a conversation we need to have,” Topper said.“But I believe it’s a distinction when we use sex instead of gender.”.

While driver’s licenses do use the term “sex,” the state vehicle code uses neither “sex” nor “gender.”

Topper also expressed concern over what federal implications would come from offering an “X” on state-issued identification cards, but federal Real ID requirements require one’s “full legal name, date of birth, and gender,” leaving the definition of gender to states.

Erin Waters-Trasatt, communications director for PennDOT, told PGN in July, “REAL ID requires a gender indicator. An X indicator will meet those requirements as defined by see 37.17(c) of the federal regulations.”

“PennDOT has authority under Section 1510 of the PA Vehicle Code to issue driver’s licenses and ID cards with a gender-neutral designation,” Alexis Campbell, press secretary for PennDOT, said in a statement.

The department of transportation has “clear authority” to offer a gender-inclusive option on driver’s licenses, she said, and it’s part of PennDOT’s “ongoing work to create a licensing product and process that is inclusive of all Pennsylvanians.”

Topper said he doesn’t want this “lumped into bills that want to take on a social cause issue,” and he’s “open to anything, any idea,” that would solve what he said is a discrepancy between sex and gender on ID cards.

In 2017, Topper introduced H.B. 1933, which is described as, “An Act prohibiting certain benefit packages for children’s health care and medical assistance to include gender or sex reassignment surgery or gender or sex transition services.”

Out State Rep. Malcolm Kenyatta (D-Dist. 181), who welcomed PennDOT’s decision to offer a gender-inclusive “X” option on drivers licenses in July, released a statement this week regarding Topper’s bill proposal.

“Sometimes we see really dumb ideas come out of Harrisburg and this bill is a prime example,” Kenyatta said, “Allowing all Pennsylvanians to have an ID that reflects their gender identity is common sense and doesn’t infringe on the rights of anyone else. There is no good reason to block this change from happening, other than to play politics with the lives of those who are already marginalized.”

A 2016 National Center for Transgender Equality survey that included 28,000 transgender respondents found 69 percent of Pennsylvanians said their IDs listed a gender that did not reflect their gender identity. Of the Pennsylvanians who participated in the survey, 30 percent said they’d been verbally harassed, denied service or assaulted after they provided an ID that did not reflect the gender with which they identified.

Kenyatta said he supports PennDOT and the Wolf administration’s initiative to add an “X” “so that nonbinary, trans and other queer Pennsylvanians have an option that they feel best represents them. This bill should never make it to the floor.”