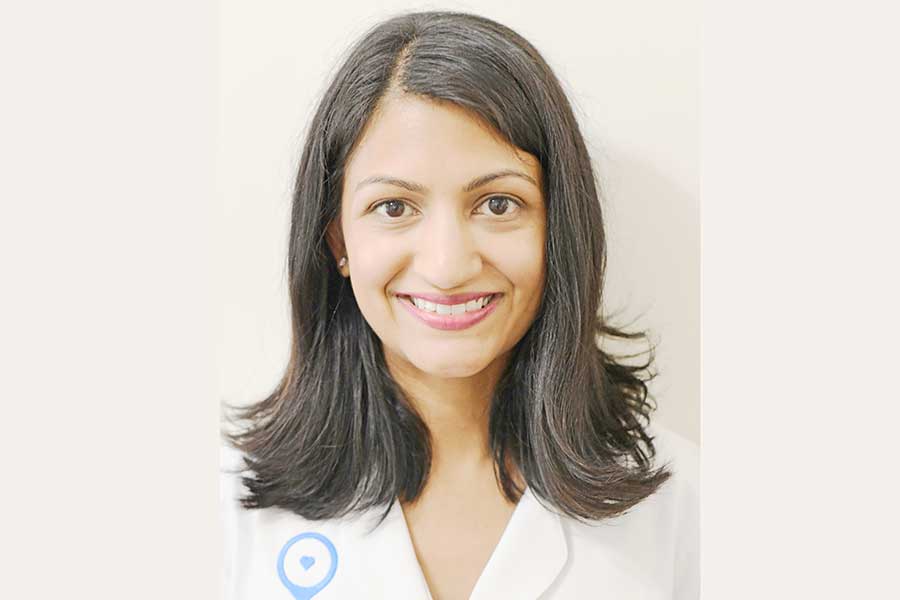 From 2000-16, the care model — which focuses on humanistic treatment for patients living with a life-threatening illness — expanded its hospital services by 178 percent, adding at least 1,100 programs nationally, according to the Center to Advance Palliative Care.

But despite the consistent uptick, the market is a blind spot for the majority of U.S. residents considering care plans.

“Recently, there was a study saying that something like 75 percent of Americans have never heard of palliative care,” said Dr. Huma Ansari, the newly appointed executive director of Palliative Care at KeystoneCare in Wyndmoor.

Dr. Ansari said, KeystoneCare “was actually started by our founder, Gail and her wife because of AIDS in Philadelphia in the ’80s. She found that AIDS patients were being abandoned and that they weren’t being cared for appropriately by the medical system and that they didn’t even really have a lot of knowledge about their own diseases to be able to make good decisions for themselves.”

Coincidentally palliative care was at one time the primary, and often only, care given to HIV/AIDS patients before anti-retroviral therapy.

Dr. Ansari describes palliative care as a plan that focuses both on symptom management  — making sure patients are comfortable — and quality of life, confirming that patients understand their treatment options.

“So one thing we really focus on is making sure those treatment options help them be who they are. And meet their goals as people and not just patients,” she said.

Although palliative care is often an option for patients with a terminal illness, it’s not synonymous with hospice.

“Hospice is a tiny sliver. It is actually a type of palliative care and a very small proportion of what we do as a whole,” explained Dr. Ansari.

Ideally, palliative care would begin on the first day of a patient’s life-threatening diagnosis. The doctor would sit down with the patient, support them in processing their diagnosis and help them decide on a treatment plan.

“So, mapping out the things that they want to accomplish,” added Dr. Ansari. “And then you can provide the medical expertise to either modify the way that they’re going to meet their goals or advise them to adjust accordingly.”

For members of the LGBTQ senior community, this type of personal care can relieve fears of discrimination by medical professionals.

A recent CityLab article reported that 80 percent of LGBTQ older adults conceal their sexual orientation when entering longterm-care facilities. And of those choosing to age at home, many expressed anxieties over allowing caretakers in the house.

Dr. Ansari recounted the experience of an LGBTQ patient in Ohio: “He was very, very sick, in the last weeks of his life. He was married to a wonderful husband who wanted to take him home and care for him. There were maybe some pets there and he told me that having a really beautiful environment at home was important to him and comforting for him.”

But the couple was afraid that enrolling in the necessary hospice services would leave them vulnerable to unfair treatment by nurses. They’d had bad experiences in the past.

As a palliative-care physician, Dr. Ansari could confirm that the hospice team was educated on LGBTQ care and assured the couple they’d be treated with compassion.

But it remains a concern for all her LGBTQ patients.

“It is so unfair for anybody to worry about that sort of discrimination, especially when they’re at the end of their life and trying to have the last special times with their loved ones,” Dr. Ansari said.

The personal attention afforded by a palliative-care plan also may prove a comfort for LGBTQ elders — who are more likely to live alone and enter care without immediate family support.

“We know that LGBT seniors are three-four times less likely to have children than their heterosexual counterparts. They are twice as likely to live alone, twice as likely to be single,” said Ed Miller, senior programs coordinator for William Way LGBT Community Center and SAGE programming. “Their social isolation is more confounded and unique than heterosexual elders.”

Palliative care helps patients develop a care plan and express their wishes for end of life — decisions frequently left up to family.

“We’re very aware that for some of our LGBTQ patients, their families are chosen, and so we’re really good at making sure that people are able to plan well, whether that’s legally, for the end of life or for decision-making,” said Dr. Ansari.

Miller said just the knowledge that this type of care exists is a relief.

“I know one senior, he’s got a boyfriend, but he’s really at the end stages of his life and he just wants to stay at home as long as he can. So he’s not having any palliative care or hospice care. But I know when the time comes, he’s really going to need somebody there, to be able to manage the pain,” said Miller. “I don’t know how good of a job his boyfriend is doing with that now, but I think that’ll be a comfort to know that somebody’s there to manage that kind of stuff for him.”

While palliative care offers a more comprehensive treatment plan for many, Dr. Ansari said she sees the potential for improvement: going the extra mile with staff education.

“I know there are hospices and palliative-care agencies around the world that have committed to providing more education about LGBTQ patients and making sure we have safe spaces and safe environments to care for them; making sure that the imagery is correct, that we are using the correct pronouns. That’s something that I think we can do a really great job at and continue to strive for.”