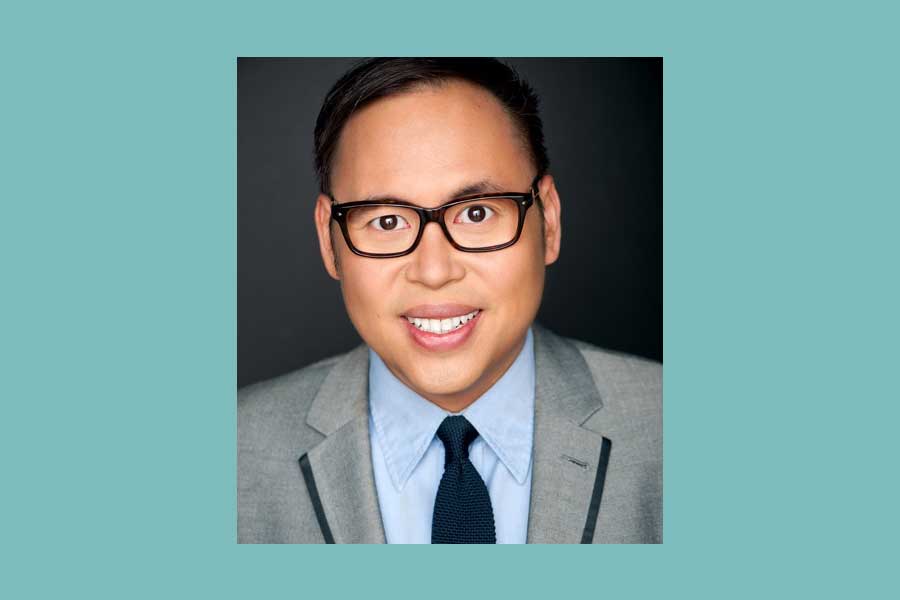 Nico Santos is using his sparse downtime from a busy acting career to hit the stage with his other talent: standup.

The out Filipino-American performer, best known as the “pink sheep” of the family in the film “Crazy Rich Asians,” will showcase his comedy next week at Punch Line Philly.

Santos also portrays standout character Mateo on the hit sitcom “Superstore,” currently filming its fifth season, and shares the stage with Susan Sarandon in the off-Broadway play “Happy Talk.” And while Oliver, his role in “Asians,” wasn’t a main character, Santos received accolades for his execution.

“I definitely got a lot of love from audiences,” he said. “But honestly, that project was just a spectacular experience. It was like being at a family reunion. We really bonded over the course of filming. It felt like a paid vacation. We were at these exotic locales and I was like, I can’t believe we’re getting paid for this. There were several pinch-me moments.”

The film’s critical and box-office success in the United States also had another positive effect, according to Santos: It led to more movies featuring Asian stars and stories.

“A lot of projects involving Asian-American characters have been green-lit because of the success of the movie, which is beneficial for me.”

Born and raised in the Philippines, Santos said he assimilated quickly to life in California. Inspired by female trailblazing comedians, he started doing standup in the San Francisco Bay area.

“I was a huge fan of Ellen DeGeneres,” he said. “When I moved to America from the Philippines, she was already big in standup and then she did her show. I was always a fan of hers, and then she came out and that helped change hearts and minds across the country. Margaret Cho is a huge idol of mine, as well as in the Asian community. I like a lot of female comics like Wanda Sykes and Maria Bamford.”

But standup eventually took a backseat for the Los Angeles-based actor — who said he originally wasn’t seeking fame on the big or small screen.

“When I first started out, I was just doing standup. I had no interest in pursuing acting when I moved to Los Angeles, but it happened. I’m definitely trying to find a better balance because comedy is my first love. I miss it.”

Now he’s trying to squeeze in as many road shows as possible and is recording a TV comedy special.

But audiences shouldn’t expect the screen version of Santos at his shows. His stage schtick is “quite a departure” from his screen characters.

“Mateo is very petty and fancy. When people come to see me at comedy shows, you have families who’ve seen ‘Superstore’ and they expect this cleaner act, and my act is not,” he explained. “Comedy is one of those things where people show up for a comedy show not being familiar with the artist that they are seeing. It’s a strange phenomenon. You would never go to a concert and randomly choose an artist.”

Santos added that audiences treat LGBTQ relationships and sex in comedy differently than if the same material were coming from a straight comedian.

“It’s 2019 and people are still a little bit shocked when you are an openly gay man who is talking about — not even your sex life — just your life as a queer person. All these straight comedians get on stage talking about eating vagina all day, nobody bats an eye. But when a gay man talks about being with another man, it is all of a sudden so shocking.”

Those curious about Santos’ brand of humor, including his unabashed descriptions of queer life, should catch his act on this tour — because he’ll soon be back in the studio to film the “Crazy Rich Asians” sequel.

“I know they’re writing the script right now,” he said. “Hopefully the time will be right. We’re all excited to get back together and work again.”