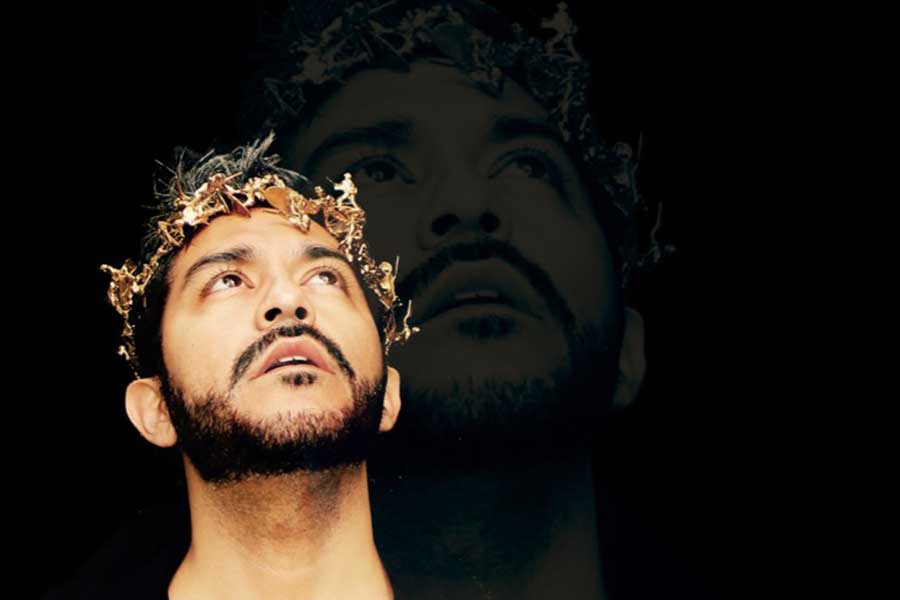 Jesús Garcia moved to Philadelphia from his native Texas in 1999, to study at the famed Academy of Vocal Arts. Twenty years later, the openly gay operatic tenor still calls the City of Brotherly Love home.

Over the ensuing two decades, Garcia’s career has taken him around the world, from a stint on Broadway in director Baz Luhrmann’s production of “La Boheme” to the great opera stages of Europe. But Philadelphia is where he will premiere his new one-man show, “Manifest Destiny by Jesus G,” which runs Sept. 12-15 as part of the Philadelphia Fringe Festival.

Garcia relishes the opportunity to build a show from the ground up.

“There’s a big difference between having a career interpreting the work of other people and probably being the 500th tenor to do it, and having the opportunity to create your own work,” Garcia told PGN. “I have wanted to be able to write my own poetry and my own music and to put it all out in the world for a long time. This feels like a really beautiful moment for me to do that.”

“Manifest Destiny by Jesus G” draws on Garcia’s own background, including his Catholic upbringing, his Native American heritage and his struggles to accept his sexuality.

“I was raised very devoutly Catholic, and I grew up loving Catholicism,” he said. “But my relationship to Catholicism started to turn as I got more in touch with my queer identity. I began to realize that the religion I loved so much didn’t really love me back. That realization can be psychologically and emotionally painful, especially if this is the only form of spirituality you’ve ever known. Then suddenly, a very integral part of who you are is not accepted.”

Garcia said he believes this conflict is not unique to Catholicism. That realization led him to begin investigating his Native American background, which he said was not a part of his upbringing.

“There are people on the fringes of every religion who don’t feel accepted for who they are,” he said. “As I got older, I started to explore by Native ancestry. I’m up to 30 percent Native American, but I had zero connection to that part of my history. I learned about the historic relationship between Native Americans and the church — basically, they were forced to become Christian or they were going to be killed.”

The show uses music, poetry and performance art to synthesize these strands of identity. It also allows Garcia to take the stage as a proud gay man — something he struggled with in the early stages of his career.

Garcia spent close to a year performing the role of Rodolfo in “La Boheme,” which he alternated with David Miller (now a member of the international crossover supergroup Il Divo) and Alfie Boe (a regular on Broadway and London’s West End). The experience opened up a world of opportunities, including the possibility of a recording contract and film roles, and netted him a special Tony Award. But he was the only gay member of the principal company, and he felt pressure to remain in the closet.

During the opera’s Broadway run, Garcia was offered a cover story by Out Magazine.

“I completely froze up and cancelled it,” he said. “I was a gay man playing a straight role on Broadway — a romantic lead no less. I think we’re still not past the point where an actor who plays romantic, heterosexual leading roles can come out and not take some kind of kick to their career.”

Garcia feared that he would be pigeonholed if he came out publicly.

“At the time, my castmates and I were appearing on the Today Show, being profiled in Vanity Fair,” he said. “I saw so many possibilities on the horizon, and it felt like, am I going to shoot myself in the foot by announcing myself as out? Because back then, I didn’t know what kind of opportunities were going to come. It’s sad to think about that now. If I could go back and talk to myself at that time, I would say, you f—ing do it.”

After exploring career options in New York and Los Angeles, Garcia ultimately decided to return to Philadelphia and put down roots. He lives in Old City with his partner, actor Steve Pacek.

“After ‘Boheme,’ I just didn’t feel like living in New York City,” he said. “The pace was too frenetic for me. Most of my circle of friends live in Philly, and it’s close enough to New York that I can come and go for auditions and agent meetings. I love Philly. That’s why I’ve stayed.”

“Manifest Destiny by Jesus G” runs Sept. 12-15 at the Arden Theatre Company in Old City, as part of the Philadelphia Fringe Festival. For tickets and information, please visit fringearts.com.