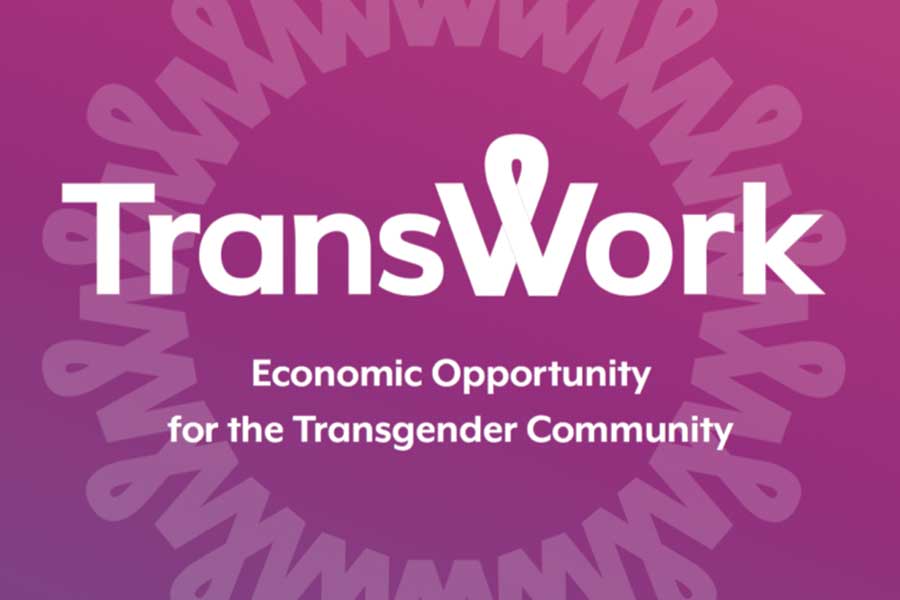 “I think [the legal segment] is going to give folks some idea of what their rights are specifically related to their gender expression and what organizations have to provide in terms of protections locally for folks who have either transitioned or are mid-transition,” said Zach Wilcha, IBA’s executive director.

Sessions will be organized consecutively and feature presentations by an array of speakers. Question and answer sessions will follow, along with an interactive series of resume help and mock interviews, and the workshop is just the beginning.

TransWork has three job fairs planned for autumn, alongside the launch of a digital job bank where inclusive employers can post company openings. The first job fair, set for September 10, is with Philadelphia International Airport, the second will host Independence Blue Cross. Wilcha describes both employers as historically inclusive.

“The folks at IBX and the Philadelphia Airport definitely had protections in place, have hired trans folks before and are conversant in the issues around trans employment. So we were very confident in having individual job fairs with them,” said Wilcha.

While Wilcha, TransWork’s administrator, is cisgender, he stressed that IBA took the lead from the spoken needs of the trans community in developing the program.

TransWork’s board and advising committee are entirely trans, as were the multiple focus groups that informed the program’s lengthy production process. The idea for the initiative originated with Marcus Iannozzi, principal and owner of local web design company The Message Agency and a trans-identifying TransWork board member.

“It was his idea to bring an economic empowerment program for trans folks to the Philadelphia area that would concentrate on both employment and entrepreneurship,” said Wilcha.

As for the change the program can create in the community, Tatyana Woodard, Community Health Engagement Coordinator at Mazzoni Center and TransWork collaborator believes it can help alleviate the rates of violence enacted against trans women of color.

Like Woodard, HRC attributes some of those deaths to environmental risks inflicted by a victim’s transgender status: unemployment, poverty, homelessness and survival sex work.

Change is also in the hands of the city’s employers, said Woodward.

“Definitely before my legal name was changed, I had a hard time getting jobs. I would interview, wouldn’t receive a callback, and my skill sets matched the job and some of the jobs I was even overqualified for,” said Woodard. “So, I don’t think we’re there yet, but I think TransWork is a great step in that direction.”