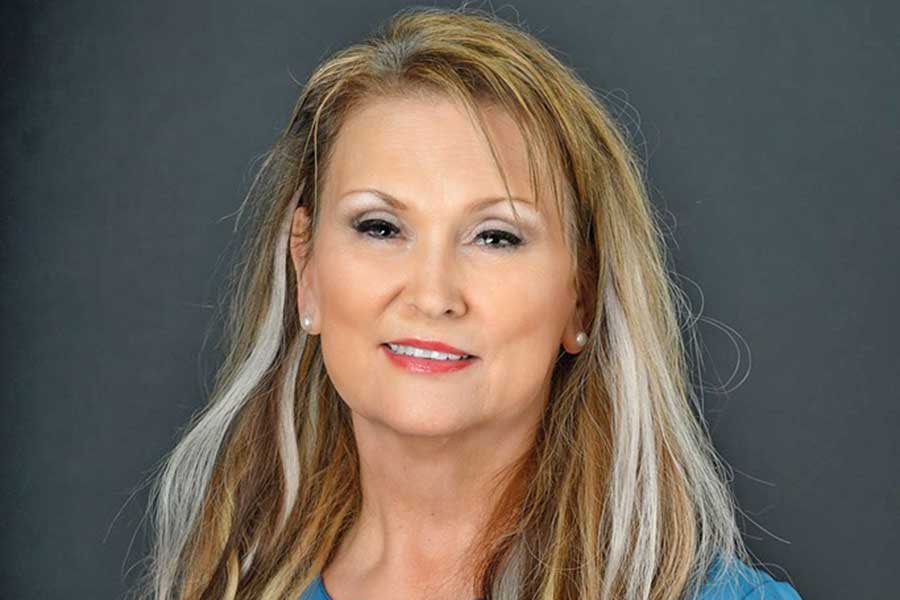 Back to back mass shootings in Dayton, Ohio and El Paso, Texas, and by the time you read this, that list will probably have to be updated. Because mass shootings are basically an everyday occurrence in the United States. And we’re becoming dangerously numb to it all.

And every time, people rush to blame something, anything other than guns. Video games and mental illness are popular.

But Candice Keller, a Republican state representative from Ohio, has some other ideas. After the shooting in Dayton, she wasted no time pointing fingers.

“After every mass shooting, the liberals start the blame game,” she wrote on Facebook. “Why not place the blame where it belongs?”

Oooh, on guns? Or the rise of white supremacy and misogyny in American society coupled with guns, guns everywhere as far as the eye can see?

Keller, who is endorsed by the NRA, continued to list who and what is at fault, beginning with, “The breakdown of the traditional American family (thank you, transgender, homosexual marriage and drag queen advocates).”

That is number one on her list. LGBTQ people. According to Keller, mass shootings are caused by families like mine. Mass shootings are the fault of transgender people and the allies who advocate for them.

It is almost laughable, but Keller isn’t joking. The next thing on her list is “fatherlessness.” She really and truly sees two women married to each other as more threatening than guns, which are specifically designed for one purpose: to kill.

I’m not saying that fatherlessness is never a problem. It most certainly is and a big reason is this country’s mass incarceration problem, which of course hits Black and Brown families especially hard due to racist policing practices. But I somehow doubt that’s what Keller is trying to get at.

In fact, Keller includes “disrespect to law enforcement” to her list of shame, which she blames on Obama.

She also blames “the relaxing of laws against criminals (open borders),” which of course means immigrants, stoners (“the acceptance of recreational marijuana”), and “professional athletes who hate our flag and National Anthem.”

Oh, and not to mention “snowflakes who can’t accept a duly-elected President.”

Granted, “duly-elected” is a stretch, but that aside, this president stokes hatred every single day trumpeting his own racism at rallies, on Twitter and in comments to reporters. There is absolutely a correlation between white supremacy and violence, and white supremacy is being championed at the highest levels of government. We have a racist president. He tells us every day.

And yet Republicans like Keller view Trump as if he were hand-selected by God.

And the media, by and large, seem oblivious to the real threat Trump poses to American security.

Thankfully, some people are more than willing to call him out; it’s just that these people are not Republicans who are sticking with their man, as awful as that man is in every way.

Reporters asked Beto O’Rourke, who is running to be the Democratic nominee for president, about how Trump could make things better post-shootings.

“You know the shit that he’s been saying,” O’Rourke responded. “I don’t know, like, members of the press, what the f—?”

Yes, what the f—, indeed. Trump loves to rail against the media, but the fact is they’ve been normalizing him since day one. And he is not normal.

Elizabeth Warren, who is also running to be the Democratic nominee for president, responded to Trump blaming mental illness by tweeting, “White supremacy is not a mental illness. We need to call it what it is: Domestic terrorism. And we need to call out Donald Trump for amplifying these deadly ideologies.”

And they are deadly. Trump and the Republicans who support him have emboldened white supremacists whose very ideology is one of violence. You can’t, after all, make America a country where only white people are welcome without violence. The very idea that white lives are more important than Black or Brown lives is dehumanizing. And once people are dehumanized, violence is that much easier to justify.

It sounds like a threat. And it is. As long as Trump is president, as long as people who don’t see LGBTQ people as human are writing laws, as long as racists are running the country, the fury has only just begun.

In America we are at war with ourselves. And we can’t seem to decide what is worth more: people’s lives or people’s guns. So, if you’re feeling helplessness in the face of so much ugliness and violence, replace it with fury and direct that fury toward the ballot box. We must elect people who value live people over live rounds. All of our lives depend on it.