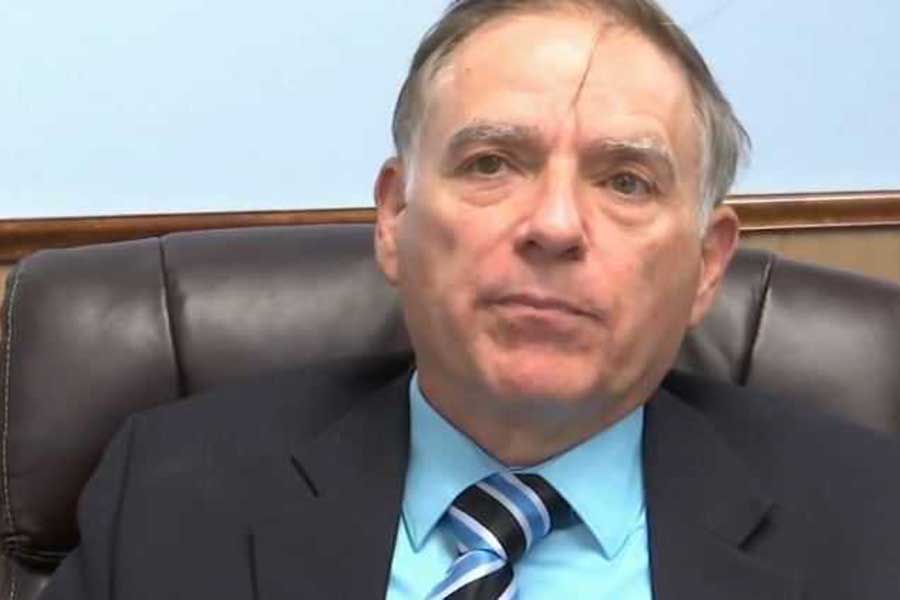 A South Jersey beach town has made national headlines — not for its pristine shoreline, but rather for its mayor’s controversial diatribe.

He then called the LGBTQ political movement “an affront to almighty God.”

“The government has no right to teach our kids morality,” Cirulli said at the meeting, according to local media. “Now is the time for the righteous to stand up for their rights.”

Public response was swift, if dismissive.

“The mayor doesn’t have any jurisdiction over the curriculum and he’s really just playing politics here, and we’re not really interested in elevating his profile,” said Jon Oliviera, director of communications and membership at GSE.

The advocacy group released a statement following Cirulli’s comments: “You cannot opt out of LGBTQ-inclusive curriculum just like you cannot opt out of science or Black history simply because of ill-informed or close-minded personal beliefs. LGBTQ history is a part of American history, and to hide or misrepresent who, how, and why we are here today means students would otherwise be learning fiction.”

New Jersey Gov. Phil Murphy, a Democrat, signed the curriculum bill into law in January, with the mandate to take effect in the 2020-21 school year. GSE plans to launch pilot programs in select schools by January, with input from two Barnegat School District educators.

The new curriculum, to be implemented in all New Jersey public middle and high schools, will cover the social, political and economic contributions of LGBTQ people.

In a 2017 National School Climate Survey, the Gay, Lesbian and Straight Education Network found that schools with inclusive curricula regularly experienced lower rates of bullying, harassment and intimidation among students.

Since 2011, Barnegat School District has enforced the Anti-Bullying Bill of Rights Act, which requires the adoption of harassment- and bullying-prevention policies that protect students from attacks on their gender, sexual orientation, gender identity and expression, among other factors.

Given the school district’s track record for inclusivity, said Oliviera, “we’re not surprised at all that the superintendent has committed to faithfully implementing the law.”

In a letter posted Aug. 7 to the Barnegat School District’s website, Superintendent Dr. Brian Latwis assured constituents that he would act in the best interest of students and uphold state education guidelines. He added he would advocate for the individuality of each of his students and enforce an “inclusive educational program.”

“At this time we have not been provided with specific direction on changes to implement. However, regardless of what we do, I want each of you to know that Barnegat Schools will do everything we can to navigate challenges and difficult situations with sensitivity to all members of the Barnegat family,” wrote Latwis.

The law makes New Jersey only the second state in the nation to implement the LGBT-inclusive curriculum; California was the first. Illinois Gov. J.B. Pritzker recently signed a similar bill.