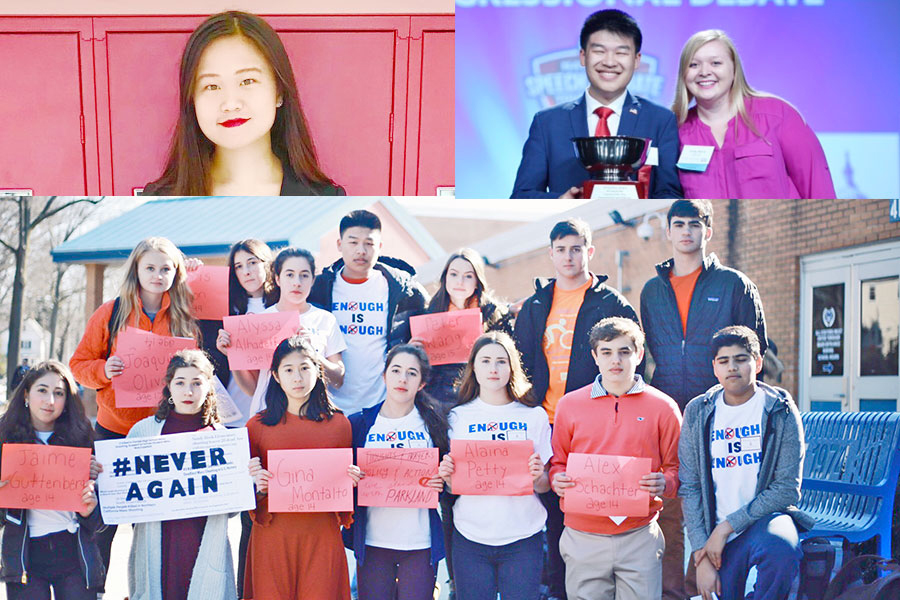 Angela Zhong was 16 when she organized the South’s first Peace Conference.

The two-day event, held at Zhong’s high school outside of Houston, Texas, in February, educated students about human trafficking and hypersexualization as threats disproportionately affecting minorities and LGBTQ youth.

“In Houston, we have around 17,000 people [seeking asylum] coming in across the border, across Interstate 10, who are being trafficked, and the majority of them are underage — so, students our age,” she said. “I thought that was a really important detail, since a lot of high-school academic literature classes have left this sort of thing out.”

The conference brought students together for sessions that covered the telltale signs of trafficking, then graduated to discussions about intolerance as an overarching issue. It concluded with plans to effect nondiscriminatory policy changes in Houston’s upcoming mayoral election.

As one of 13 honorees, aged 18 and younger, for the TD Bank Young Heroes Award, Zhong will fly to Philadelphia to receive her medal Aug. 15 at a ceremony at the National Liberty Museum.

Nine of the winners, nominated by teachers and school advisers, are from the tristate area.

Ranen Miao, 18, a rising college freshman from Short Hills, N.J., was nominated by his high-school history teacher as an advocate for the voting rights of immigrants.

He also was endorsed for organizing a Day of Silence, a nationally recognized event sanctioned by the Gay, Lesbian and Straight Education Network that urges students and administrators to take a pledge of silence for a single school day to represent the recurrent silencing of LGBTQ-plus students.

“At the end of the day, we also post a lot of posters on our school wall, and we have this display which asks teachers and students how they support the LGBTQ-plus community,” said Miao. “Having this wall up, it makes our school a more inclusive place, and it’s always been a really powerful day every single year and I’ve loved helping to organize it and be a part of it.”

As a Young Hero, Miao also will be in the running for an additional honor: The Young President’s Award, which comes with a $2,000 scholarship. Only one of the 13 honorees will be selected for this award, to be announced at the 16th annual ceremony Aug. 15.

Miao, who will attend Washington University in St. Louis, Mo., said he would use the funds to continue advocating for voters’ rights in his new city.

“I’m really passionate about voter registration, and I think voters are being suppressed across this country, whether it be the purchasing of the polls in Georgia or the racial dog whistles in Florida or the voter-ID laws in North Dakota and North Carolina,” he said. “I think that we have to work to strengthen our democracy by registering more people and getting them more involved and notifying them of these really abusive laws.”

Founder of the Keystone Coalition for Advancing Sex Education, Miller, won a 2017 Young Heroes Award for his extensive work in advocating for the LGBTQ community and introducing legislation that would mandate a comprehensive sex-education curriculum for Pennsylvania.

“When I won that award, it was actually a huge boost to a lot of the work and activism I had been doing,” said Miller. “It really gave me a whole new platform to expand my region, expand my voice outside of the circles I’d been working in.

“The National Liberty Museum really allows [award honorees] to take their work from their communities into greater places. So I’m super-excited for this year, to help other kids and other youth allow their voices to be amplified.”