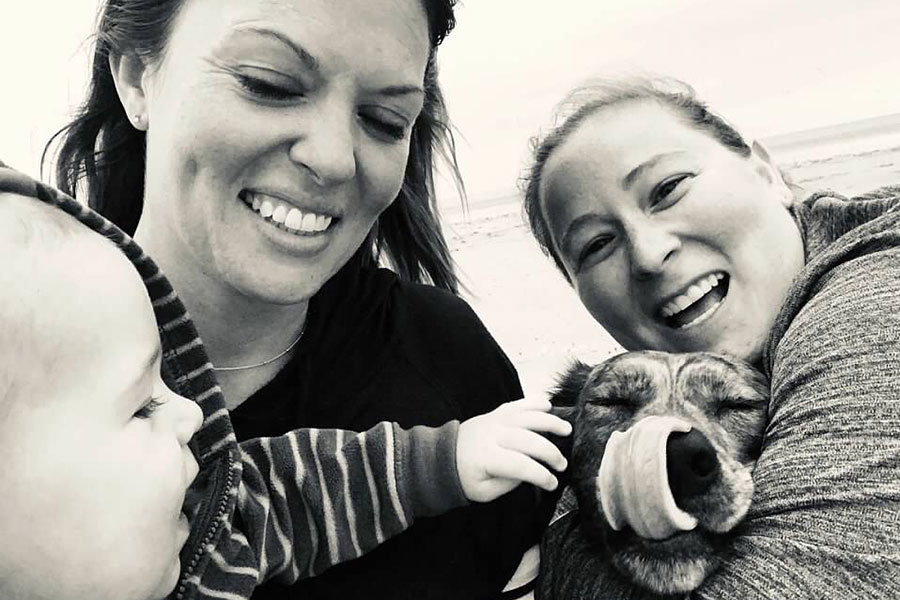 Before Ashlee and I took Jackson on his first family vacation earlier this summer, she shared a bit of advice a friend had mentioned: “Once you have a child, it’s not ‘vacation,’ it’s ‘making memories.’” That became a mantra we repeated many times throughout the weekend trip to Cape May, as we frantically covered our dog’s eyes so she wouldn’t bark at passing motorcyclists and wake the baby on our drive down, as Jackson peed all over my entire chest on the beach and as he had his first accidental dunking in a pool. Making memories, making memories!

Though we were only gone for 72 hours, we left with tons of memories and just as many photos — and also a few lessons:

Jackson is in the Driver’s Seat

Ashlee and I have always loved going on vacation — so much so that we even planned our wedding around a travel theme. We’ve rarely gone anywhere exotic, but the energizing feeling of ditching our hectic lives for a jaunt into a new town or to lounge by a pool with a fruity drink was always one of the highlights of summer. Well, family vacation is a bit different, we quickly found.

Our previous vacations were built around satisfying our need for relaxation; in Cape May, it was all about the naps (for Jackson, unfortunately). We carefully planned our departure to coincide with his morning 10 a.m.-ish snooze and lucked out that he slept the whole way down — no time for rest stops! When we got to our Airbnb rental, it was a quick unpacking (with enough baby items to keep an army of infants happy), bottle, and then we knew we had about three hours before his afternoon nap came calling with a vengeance.

While constructing relaxing activities like a walk on the beach or time in the backyard pool around this schedule added a new dimension to vacationing, it was a routine I’m guessing most parents of youngsters find themselves adapting to. Within a day, we had the new routine down and were able to use Jackson’s nap times as some forced windows of relaxation — we watched a movie; I went for a run; we kicked back at the pool for a bit. The 10-month-old called the shots when it came to scheduling, but that took a bit of the planning — which can often bog down vacations, as you try to pack in as much fun as you can — out of our hands.

We ditched any semblance of an itinerary for this routine and learned to just roll with things — on a number of levels.

I envisioned Jackson’s first time seeing the beach to be a sweet experience, filled with wonder. It started off like that, with his wide eyes taking in the shore at sunset. However, when we propped him up on the sand to take some photos, it became a game of “Let’s eat all the sand.” And the more we swatted his hand from his mouth, the more he laughed.

Despite his valiant efforts, we were able to grab some great pics of Jackson on the beach, clad in his “I Will Change the World” sweatshirt. However, we were disappointed to see most of the pictures were saved as a fuzzy gray mess, thanks to Ashlee’s phone being near the end of its life. I almost ran the three blocks to the rental to grab my phone and recreate all these pictures but had to ultimately stop myself — like many parents experiencing a first with their kid, I was so focused on capturing it on camera that I had completely lost touch with enjoying it in the here and now. So, we gave up on the photoshoot and instead invested that energy into sand-ingestion prevention. 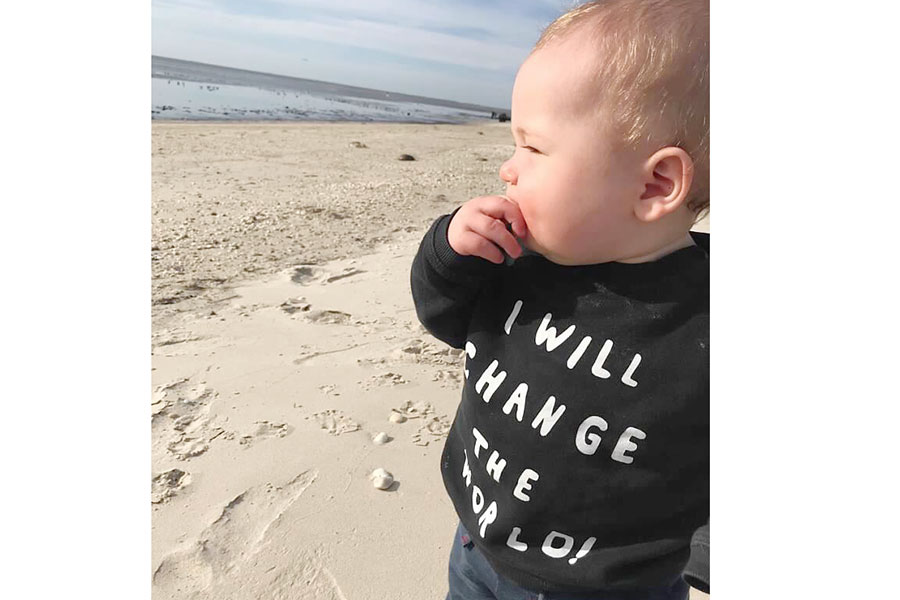 During a daytime trip to the beach, we learned a very valuable lesson: “Swim” diapers are worthless. Newcomers to this whole baby-at-the-beach thing, we bought these overpriced diapers and popped him into it on our first daytime trip to the beach. Jackson made it clear within about a millisecond of his toes touching the ocean that he was more of a sandcastle boy, so we camped out on our blanket and dug in. At one point, Jackson climbed onto me and squatted on my lap; I thought he was being cuddly but, apparently, he was just peeing — and, evidently, swim diapers don’t hold their contents if they’re otherwise dry. So, I got an entire lapful (and legful and stomachful) of urine all over me, all while the little guy belly laughed at my reaction. Looking like I was the one who had the accident, I initially was trying to cover myself with a towel on my way to the bathroom to wash my hands and then just decided, “Screw it. My kid peed on me. I don’t care who knows.”

Later that night, we decided we would go out to eat, taking along both the baby and dog, which we had never done. As we drove closer and closer to the beachside restaurant, I started getting more anxious: My dog is a notorious hellion (who, during my time at PGN, smashed my computer monitor within the first two minutes of her first visit to the office) and Jackson is as unpredictable as most babies, so I envisioned flipped tables and a restaurant on fire. We ended up having to park six blocks away and change a dirty diaper in the backseat of the car, and off our motley crew we went.

As we waited in line at the hostess stand, I frantically scanned for a table in the packed restaurant to fit this unruly pack, dismayed to see not another baby in sight, and one docile, fluffy little dog, whom ours was eyeing. The hostess informed us we’d have a 45-minute wait ahead of us, and it took us barely two minutes to convince one another it would just be best to go back to our rental and order pizza as we quickly shuffled backward out of harm’s way. The prospect of juggling a dog and a baby in an unfamiliar setting, surrounded by hundreds of diners whom we knew were all wishing we weren’t seated within their vicinity, was a bit too daunting. So that’s one obstacle we didn’t have the nerve to climb just yet. Maybe next year’s vacation!

When I was a kid, my parents took me and my sister to Wildwood for a few days every summer — days spent playing in the ocean or at the motel pool and nights amid the exciting sights, sounds and smells of the boardwalk. It was fun, from morning to night — but it wasn’t until I vacationed with my own family that I realized how much work had to go into each trip, along with the added effort of not having us realize it was work for our parents.

As a kid, the sand buckets appeared out of thin air into our tiny hands — now, I had to trek the length of the beach back to the car to dig up the sand toys we had forgotten to pack. I have vague memories of tossing my toddler legs over the side of the baby-pool section at our motel to try to swim with the big kids while my mom turned her head to talk to my dad, and I ended up headfirst in the deep end — what I assessed then to be a great adventure. Now, I look back with guilt on the memory of Jackson taking an unintentional dive off the pool steps, as he happened to try balancing on one leg at the moment I turned my head to investigate a noise behind me.

Seeing a summer trip from this new perspective made us feel like part of some secret club. As we trudged to the beach with three different bags, a blanket and Jackson, another random mom nearby yelled out and offered her baby’s Pack n Play if ours needed a nap (something we never would’ve thought to pack). While at the Cape May Zoo on a cloudy day, we both chuckled as a father growled at his misbehaving tot that he was going to end up in jail if he didn’t start listening. And we nodded in solidarity with another parent who was furiously feeding her little one Puffs, as we did the same.

And while this vacation opened my eyes to the work parents have to invest in giving their youngsters a memorable summer vacation, it also showed me the rewards. When I was little, I would run from ride to ride on the boardwalk, exhilarated by the flashing lights and music. This time around, I watched in delight as I sat on a carousel with Jackson and his eyes widened in glee at the passing sights and sounds. The sensation of digging my toes into the sand as a kid paled in comparison to the feeling I got watching him do it for the first time in wonder. The purity of his reactions made any work we put into the trip worth it tenfold.

Though it’s something we’ve long known, this vacation reinforced the notion that who we are as parents — our sexual orientation, our gender identity, our age, our income or any of those other irrelevant factors — doesn’t matter one iota to Jackson. All he cares about is seeing new places, learning new things and making new memories. And ultimately, that’s exactly what we did. n 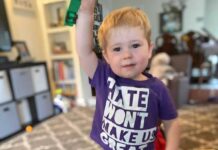 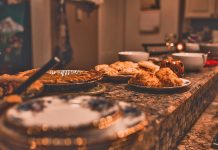