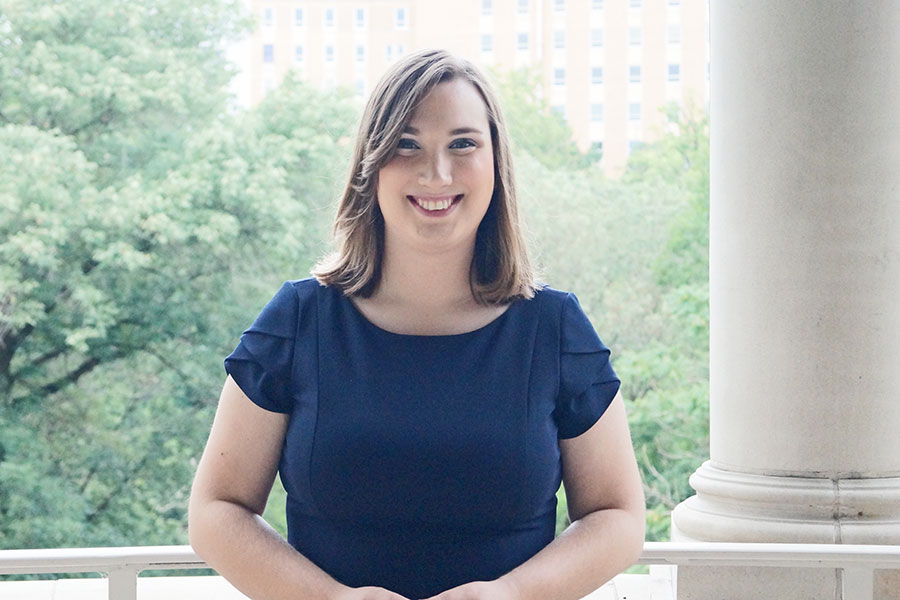 With community focus and affordable healthcare as her central platforms, the spokesperson for the nation’s largest civil-rights organization has launched an election bid in her home state.

Sarah McBride, Human Rights Campaign press secretary, is vying for a seat in the Delaware state senate. If elected, she would make history as the first openly transgender state senator in the nation — but gender identity shouldn’t be the hallmark, she said.

“I’m proud of who I am, and I’m proud of the work that I’ve done, but I’m also not running as an LGBTQ candidate,” said McBride. “I’m running as a candidate who was born and raised in this community, who cares about my neighbors and wants to see change on a whole host of issues.”

McBride is campaigning for Delaware’s first state senate district, which extends from Claymont to Bellefonte and skirts Wilmington, where she lives. The incumbent, Sen. Harris McDowell, has served the district for 43 years and is retiring next year.

“The incredible thing about Sen. McDowell is that his legacy touches every Delawarean and in so many different ways,” said McBride, citing McDowell’s creation of programs like the Department of Services for Children, Youth and Their Families and Student Excellence Equals Degree (SEED), a scholarship program ensuring that Delaware students have access to community college.

McBride said she aims to build on McDowell’s legacy, further developing policies like paid family and medical leave, which she believes would have the greatest impact on the district.

“This is a community that has supported me and sustained me through some of the most difficult challenges in my own life, including the loss of my husband to cancer,” said McBride. “I’m running for this seat because I want to give back; to make sure that the values and the kindness that I’ve seen firsthand in my own life are extended to everyone in this community.”

McBride, who married LGBTQ activist Andrew Cray four days before his death in 2014, said her husband’s battle with cancer shaped her focus on healthcare as a defining campaign issue.

“I see members of this community who are putting off retirement because they can’t afford chemotherapy treatment. I see parents who have to give up a day’s wages in order to take care of a sick child. So, at the end of the day, I want to make sure that we as a state make progress on issues like expanding access to affordable healthcare and making sure that more working people have access to paid family and medical leave.”

McBride said her commitment to affordable healthcare would include establishing resources for those struggling with opioid addiction — an epidemic she intends to address as a public-health issue, not a criminal one.

The candidate’s concerns also extend to criminal-justice system reform, specifically for those imprisoned for marijuana-related offenses.

“[I want to] continue to move forward in the progress we’ve seen around cannabis to make sure that we’re expunging records as they relate to the possession of cannabis, should we move in the direction of legalizing it,” she said.

McBride began her career in public service as an LGBTQ activist, helping to pass protections for transgender Delawareans. She said that while LGBTQ issues will always be a priority, she plans to push for diverse progress.

“I’ve spent my life fighting for equality, dignity and justice for people, including LGBTQ people. We’ve seen historic progress in Delaware on LGBTQ equality. There’s certainly more work that needs to be done, but I want to make sure that we see the same kind of progress we’ve seen on LGBTQ equality on a whole host of other issues that both I’m passionate about and the residents of the district are passionate about.” n