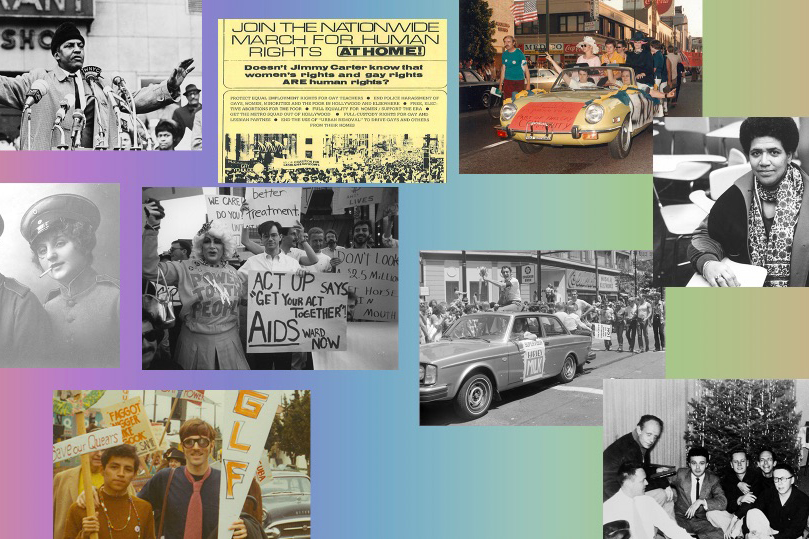 When the nation’s oldest active LGBTQ organization mobilized in 1952, the queer community didn’t exist on paper.

“There was no archival collection holding stories and artifacts to document proof of queer life, art and culture,” said Jennifer C. Gregg, executive director of The ONE Archives Foundation. “When we died, many of our families discarded and destroyed the personal effects and memories of our lives. We disappeared. We were invisible.”

Nearly seven decades later, the nonprofit is launching the National LGBTQ Digital Archive Hub, a one-stop database of historical documents linked to the LGBTQ experience and free for public consumption.

“Like so many archives around the country, The ONE Archives started with our founders literally dumpster-diving to save our discarded lives,” Gregg said.

Now, that effort is getting a boost from one of the nation’s biggest companies.

Philadelphia-based Comcast NBCUniversal announced it will donate $150,000 to the archive project. The funds will support the Archive Hub’s current development phase: a working prototype of the open-source digital platform that will host the LGBTQ archives.

“We are beyond appreciative to Comcast for their steadfast support of the LGBTQ community,” said Gregg. “It’s the first corporate sponsor and largest donor of the project to date.”

The project’s ultimate goal is the digital centralization of LGBTQ materials currently housed in dozens of archives, libraries and museums across the country.

Items to be digitized run the gamut of historical artifacts, from photographs, letters and video clips to posters, visual art and historical records. Big-hitting acquisitions include memorabilia from the Stonewall Riots, whose 50th anniversary was marked by numerous events late last month.

“The LGBTQ Digital Archive Hub will maximize public access to our shared LGBTQ history, culture and knowledge, much of which remains hidden and unexplored,” said Gregg. “We hope materials from Stonewall and other acts of resistance — such as from the Black Cat Tavern in Los Angeles, Dewey’s in Philadelphia and Compton’s Cafeteria in San Francisco — are preserved by archives around the country, as well as within the platform.”

The ONE Archives also teamed up with The Smithsonian’s National Museum of American History to establish a National Advisory Board of LGBTQ technologists, academics, activists, historians and educators to inform and guide the digitalization.

“The National Advisory Board is vital to creating a flexible and extensible online environment that can be expanded to accommodate community-building, collaborative research, online exhibitions and tools for working with digital resources,” Gregg noted.

When the archive project launches next year, materials will be available to researchers, media members, schools and the general public.

Comcast’s donation is part of a string of initiatives the telecom titan has rolled out to celebrate the LGBTQ community during Pride Month and year-round.

“Comcast NBCUniversal has a rich history of supporting the LGBTQ community, from creating a culture of inclusion for our employees and their allies to showcasing groundbreaking LGBTQ content and talent,” said Juan Otero, the company’s vice president of Diversity and Inclusion.

On July 8, Comcast held a screening of the NBC Nightly Films and NBC Out four-part digital documentary series “The Revolution,” which explores the LGBTQ-rights movement. The company also hosted a panel featuring PGN publisher and Stonewall participant Mark Segal, Mayor’s Office of LGBTQ Affairs executive director Amber Hikes and Sekiya Dorsett, producer and editor of “Stonewall 50: The Revolution,” to discuss the community’s current and historical challenges.