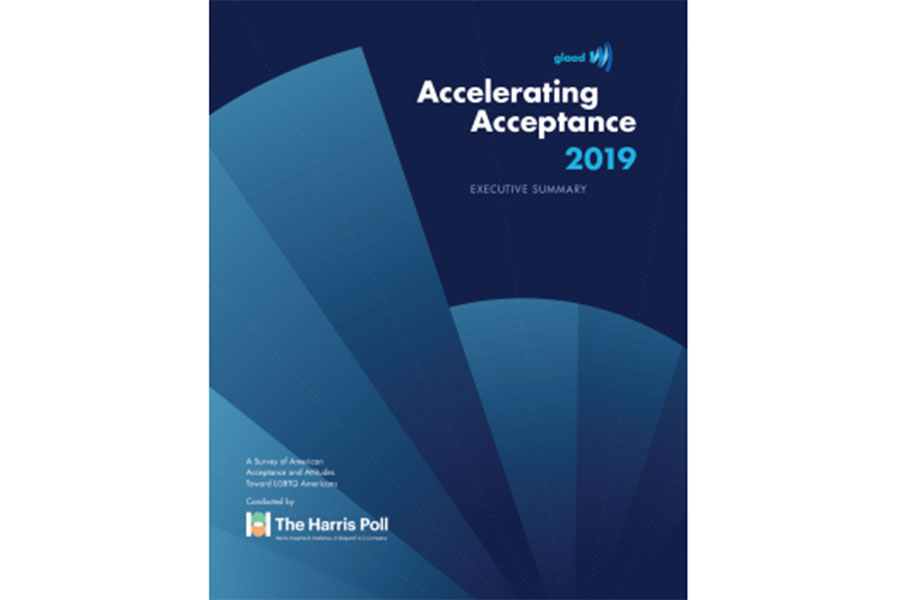 While the amount of non-LGBTQ adults ‘very’ or ‘somewhat’ comfortable with the gay community has stabilized after a large dip last year, more Americans ages 18-34 are less comfortable with queer people, a new study found.

The survey asked responders to indicate their comfortability interacting with members of the LGBTQ community in seven hypothetical scenarios, including “seeing a same-sex couple holding hands” and “learning a family member is LGBT.”

The amount of “allies” — those who indicated being “very” or “somewhat” comfortable with these plots — remained at 49 percent, the same as the prior year. But the response dropped from 53 percent in 2017.

The study also identified 38 percent of non-LGBTQ adults as “detached supporters,” meaning their comfortability levels fluctuated across the seven storylines. Thirteen percent were marked as “resisters,” with resolute discomfort reported across all scenarios.

But Millennials and Gen. Z, ages 18-34, demonstrated a significant decline in support for the LGBTQ community, dropping to 45 percent from 53 percent the year before. Women in this demographic contribute the most to the erosion, with comfort levels falling to 52 percent from 64 percent.

Within these responses, young people were most uncomfortable with three personal situations: “learning a family member is LGBT,” “learning my doctor is LGBT” and “learning my child had a lesson on LGBT history in their school.”

The findings were made public days before the 50th anniversary of Stonewall and New York City’s WorldPride celebration.

Sarah Kate Ellis, GLAAD president and CEO, attributed the rift among young folks to current events in a statement.

“The sharp and quick rise in divisive rhetoric both in politics and in culture is now having a negative influence on younger Americans and coinciding with an alarming pattern of anti-LGBTQ violence and discrimination,” she said. “As we commemorate the 50th anniversary of the Stonewall Riots, LGBTQ people and allies must urgently address today’s cultural crisis by being visible and vigilant.”

The documented descent of comfortability with LGBTQ people comes in tandem with a spike in anti-LGBTQ violence across the country. The amount of reported hate crimes rose by 17 percent last year, the third consecutive year showcasing an uptick, according to FBI data.

LGBTQ discrimination was the third-largest driver of these violations.

Recently, a wave of violence against transwomen of color has been noted across the United States. Three were murdered in a one-week span during May that hit Philadelphia, Dallas and Cleveland.

At least six transwomen of color have been murdered in Philadelphia in the last six years.

John Gerzema, The Harris Poll CEO, said in a statement that the results were atypical.

“We typically see in our surveys that younger Americans can be counted on to advocate for issues like gender equality, immigration and climate change,” he said. “So it is surprising to see a notable erosion of acceptance for the LGBTQ community, which counters many of the assumptions we make about their values and beliefs. In this toxic age, tolerance — even among youth — now seems to be parsed out. Nothing today should be taken for granted.”